Unfortunately the weather forecast stopped us from following through on our initial hiking plans for this weekend, so we fell back to exploring the Contour Path. The next major decision was which section of the path we would take. After some rather optimistic suggestions that we hike all the way from Contantia Nek to Rhodes memorial, we realistically trimmed it down to Kirstenbosch Gardens to Rhodes Memorial. We then realised that the main gates at Kirstenbosch only open at 8AM. Starting at 8 would be a bit risky as some of the group members needed to be back early in the day for lunch plans. Eventually we settled on starting from Newlands Forest and ending at Rhodes Memorial. This one was tricky to plan.

The next decision point was how we would get up to the path from the parking lot. We decided to take the Fernwood Track up to the Contour Path. This is an easy path to follow, but it doesn’t have much to see in terms of landmarks or features. If I were to do this trail again, I would probably take another of the shorter routes up. 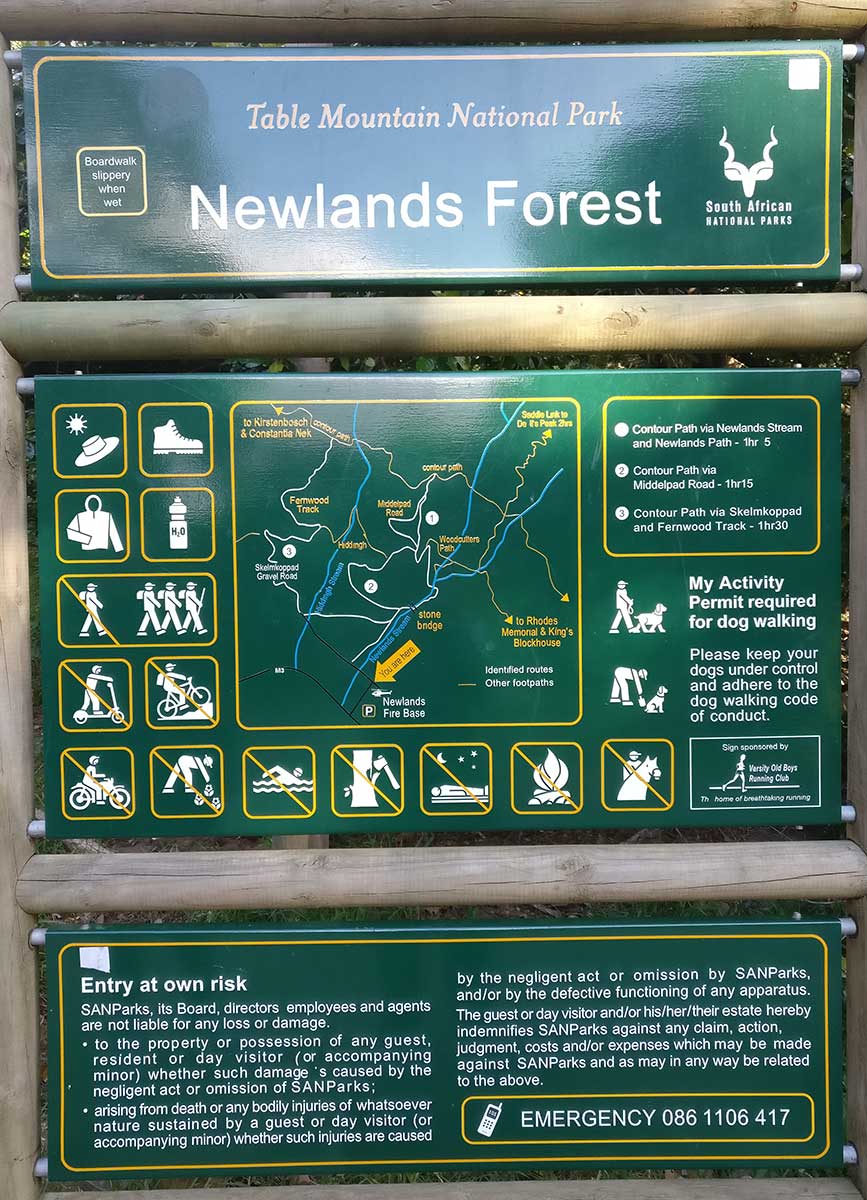 The Fernwood Track starts by taking a left at the sign and heading up the gravel road. After a bit of walking you’ll come to a fork. The options are continuing straight or taking a right. Keep to the right path here and eventually the path will start climbing.

Here we started getting quite concerned that we would be caught in some serious rainfall as the clouds moved in quite quickly. They provided for some rather dramatic photos though. 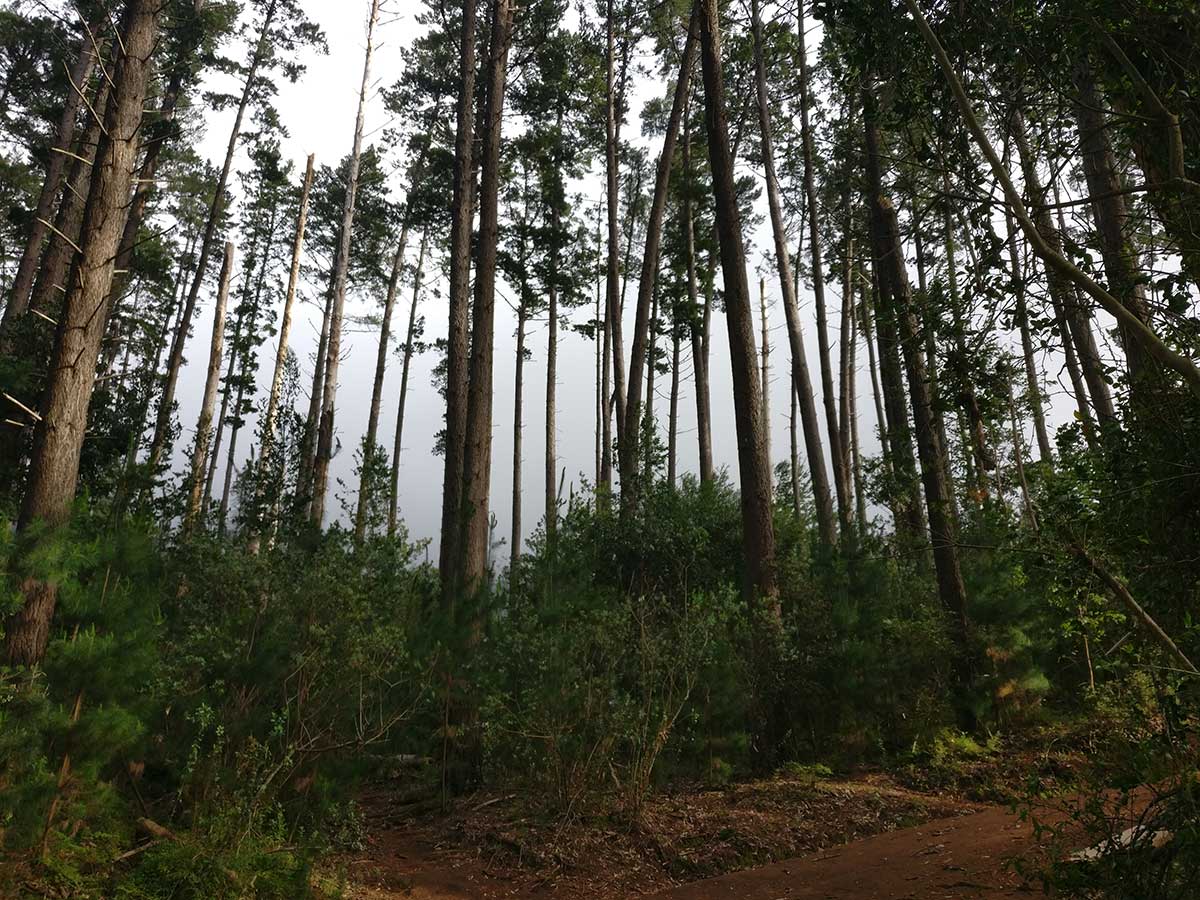 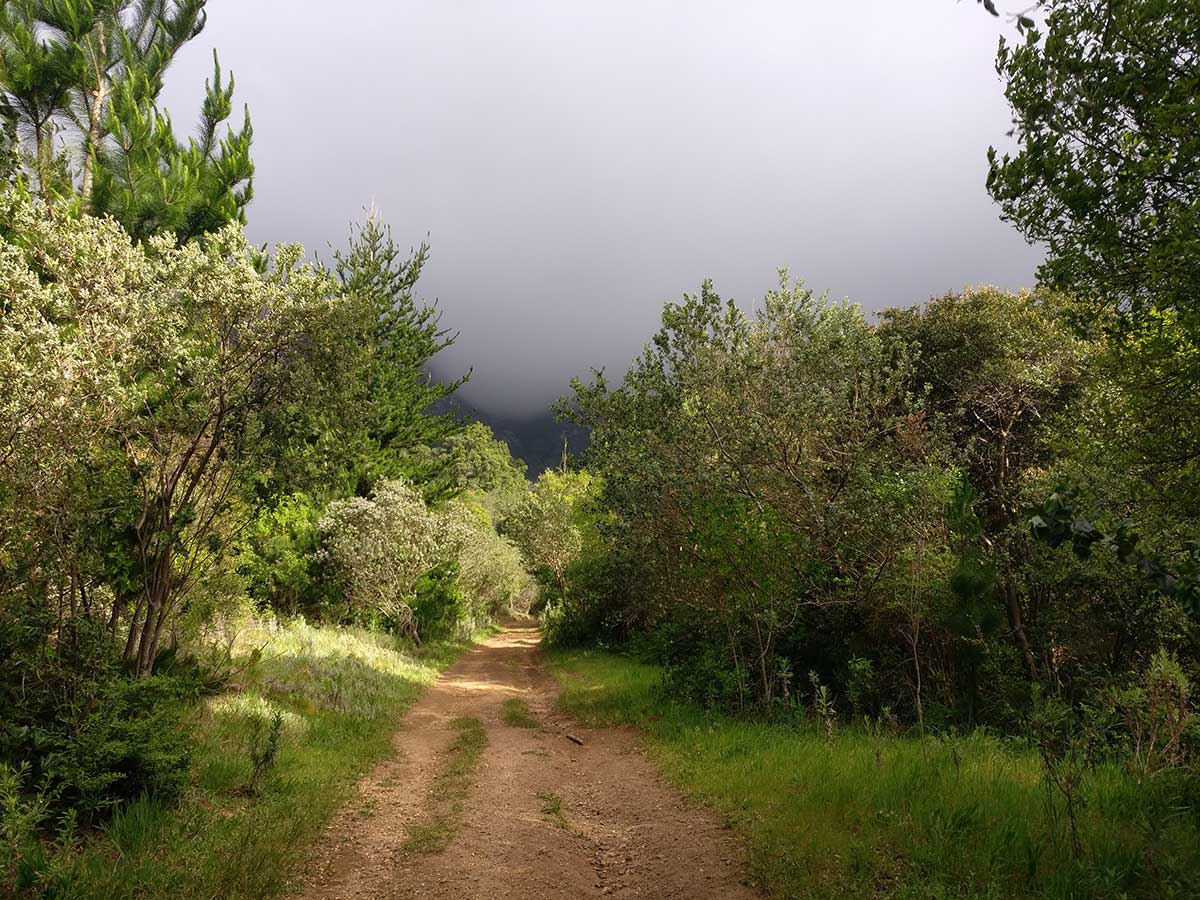 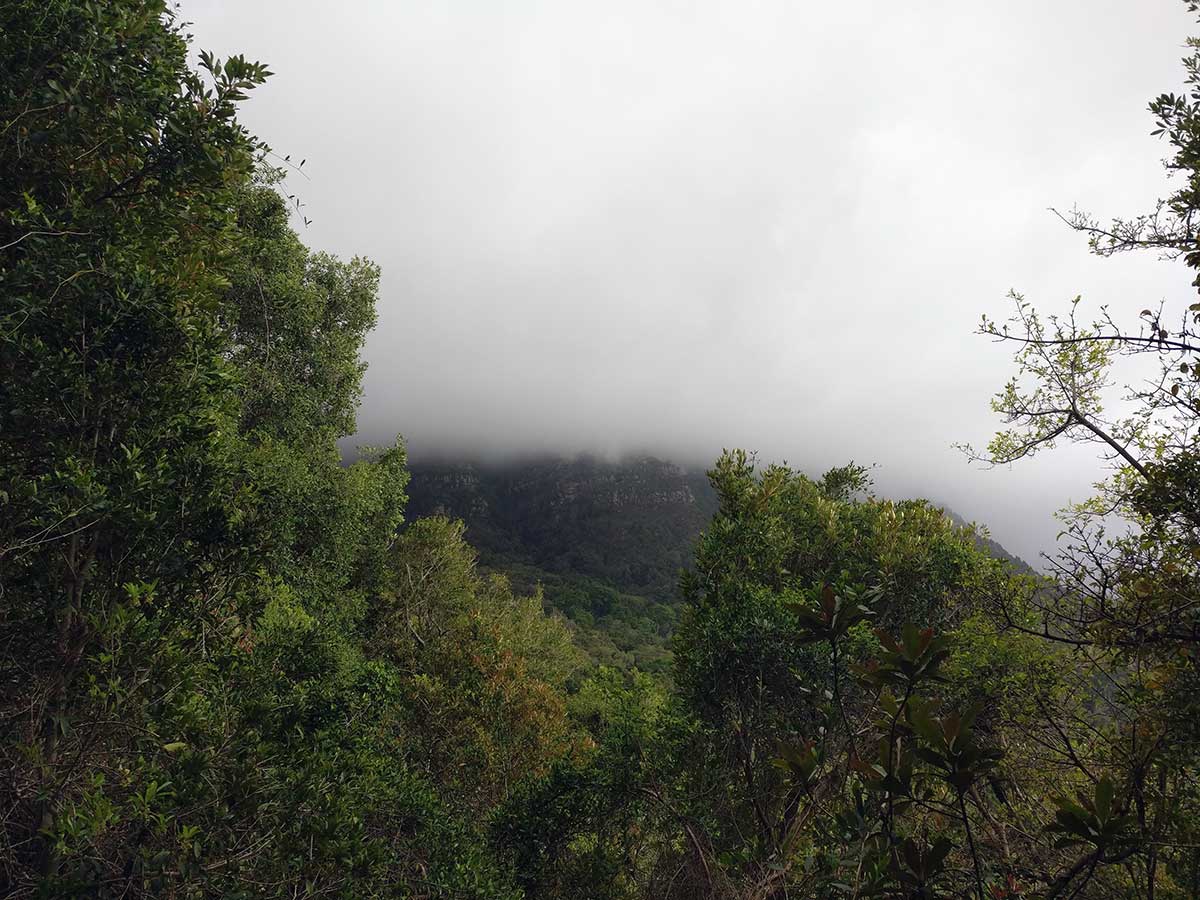 After going through what looks like a tunnel of trees you will spot some wooden steps to the right. You can either continue along on the road or take the shortcut up the steps. Since it had been rather easy going up until this point, we decided to get our heart rates up a bit and take the stairs. After far too many stairs we eventually reached the Contour Path and decided to catch our breath a bit. We should have waited just a bit longer to take our break though, as just after setting off again we spotted this great octagonal bench which would have been perfect to rest at. 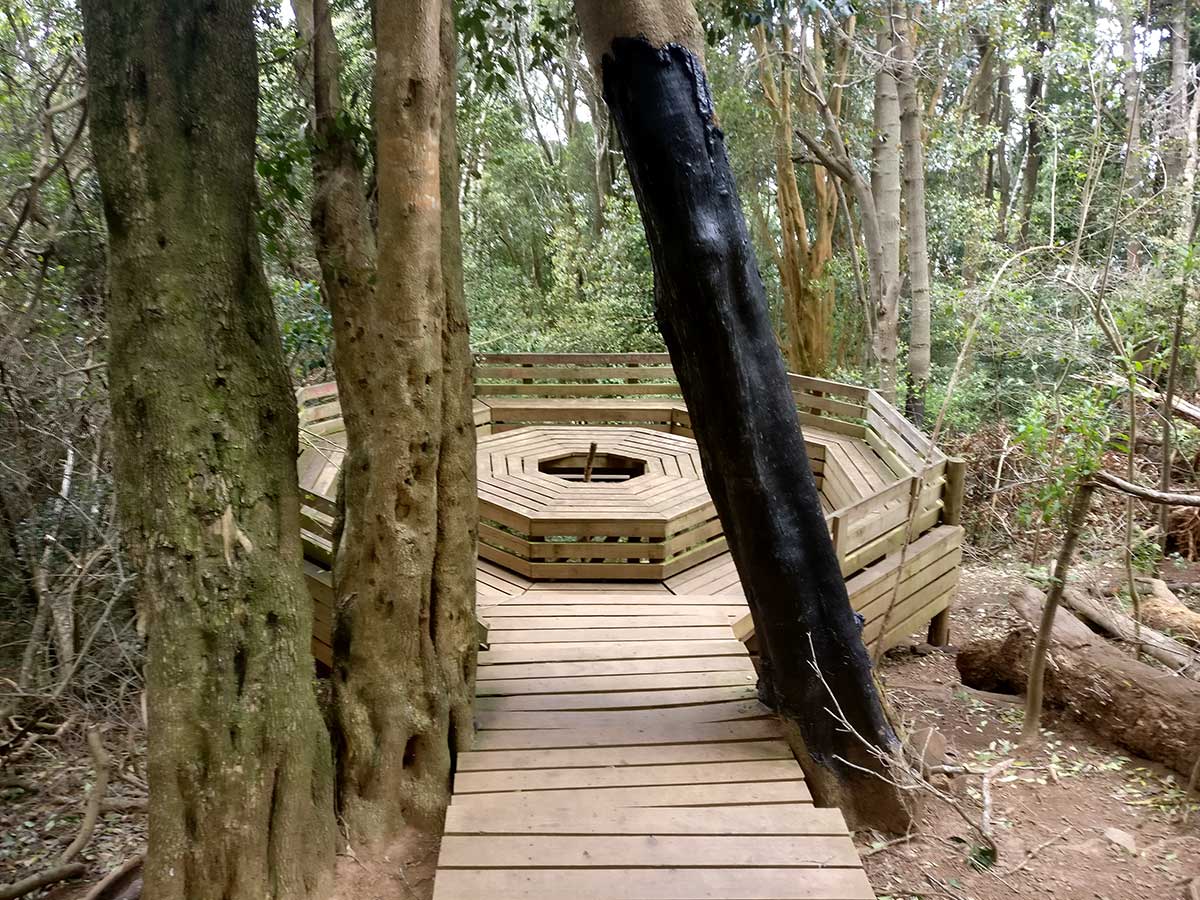 After vowing to rest here on the way back we pressed on. The next part of the hike is along the elevated contour path which takes you through dense indigenous forest and passes multiple ravines. The walkways here can get a bit slippery when wet and so can the rocks, so watch you step. Every so often there will be a break in the treeline which will offer you an amazing view of most of Cape Town. 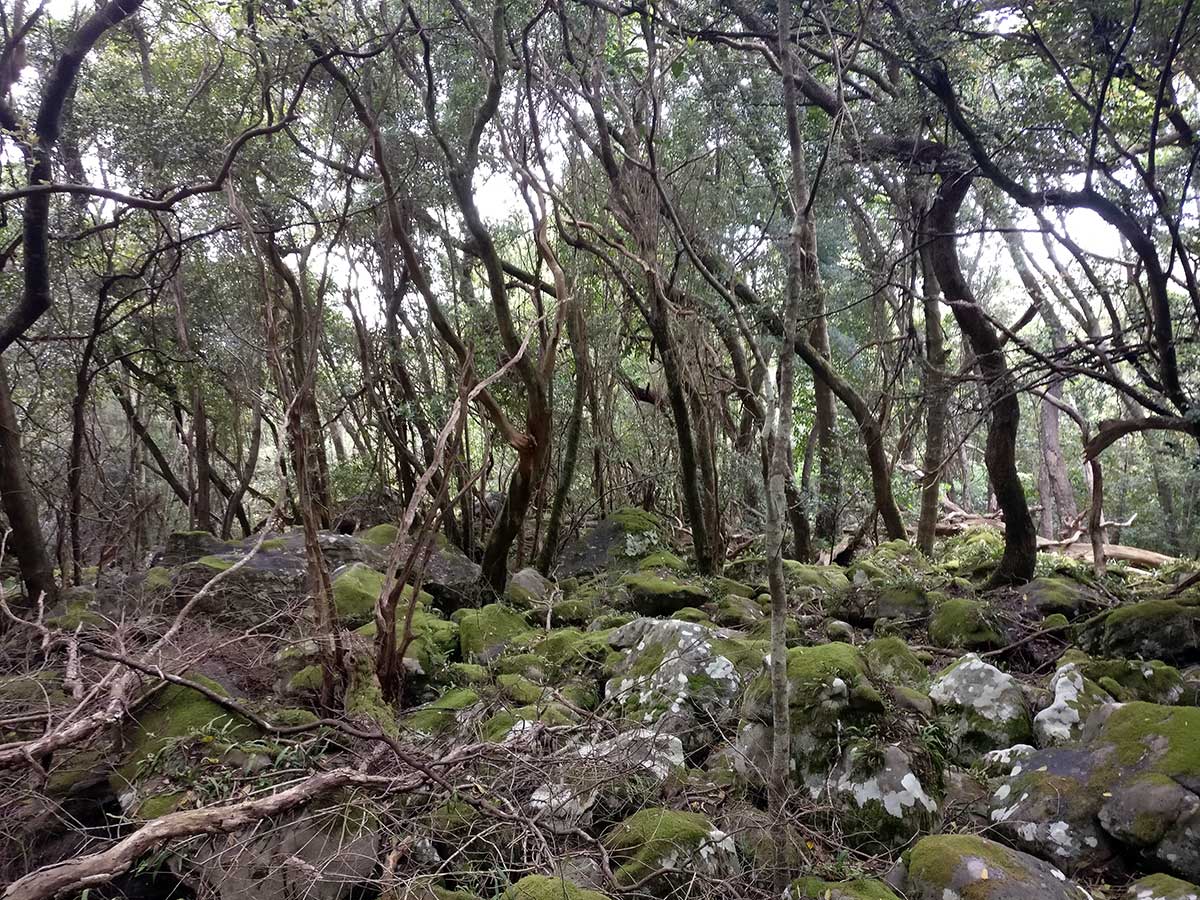 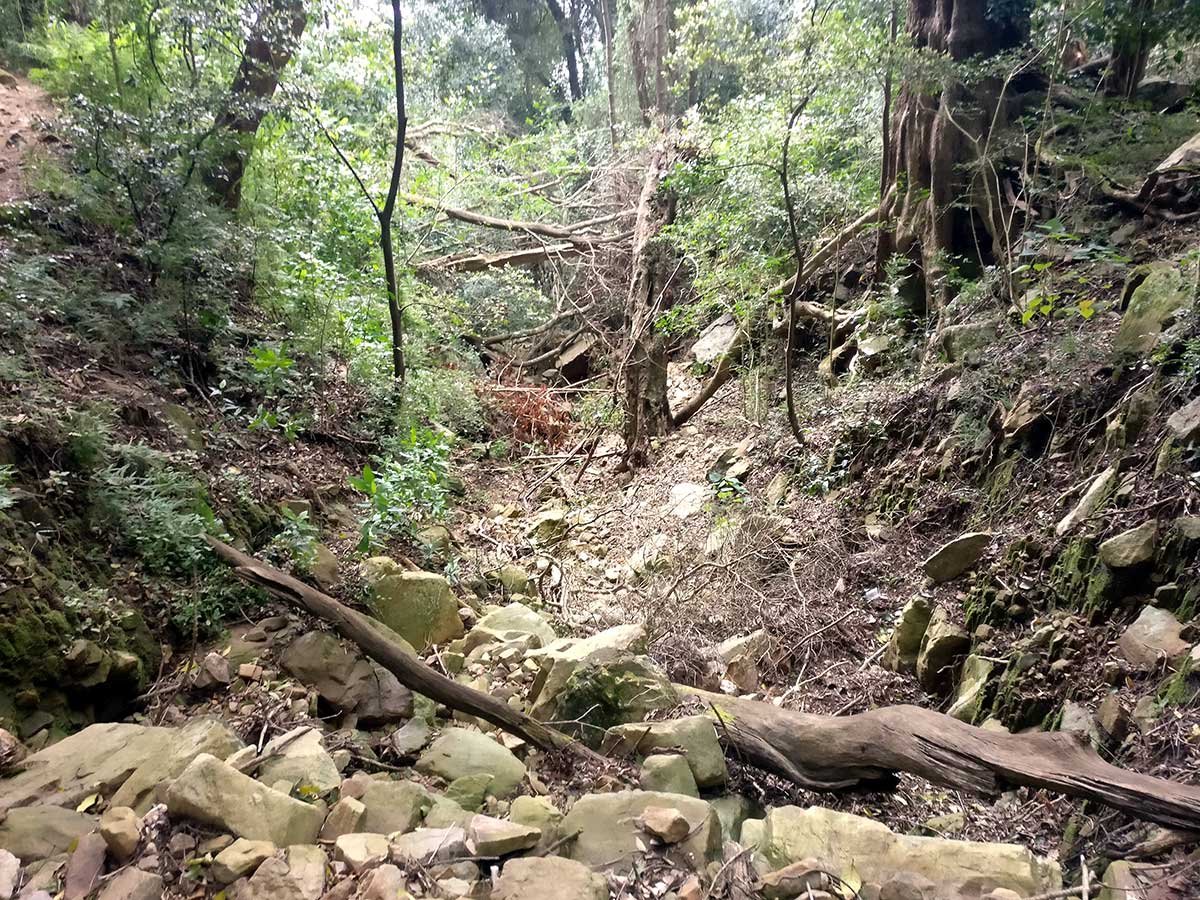 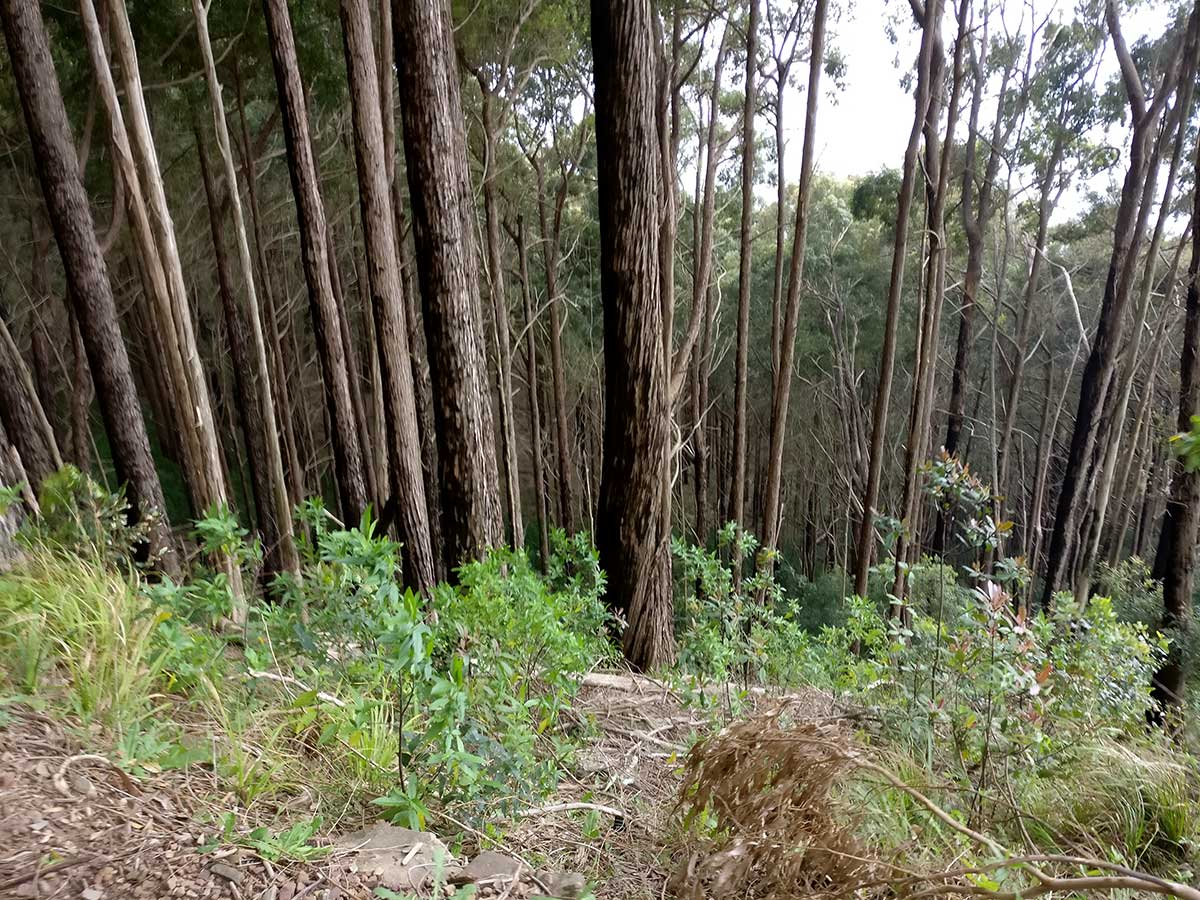 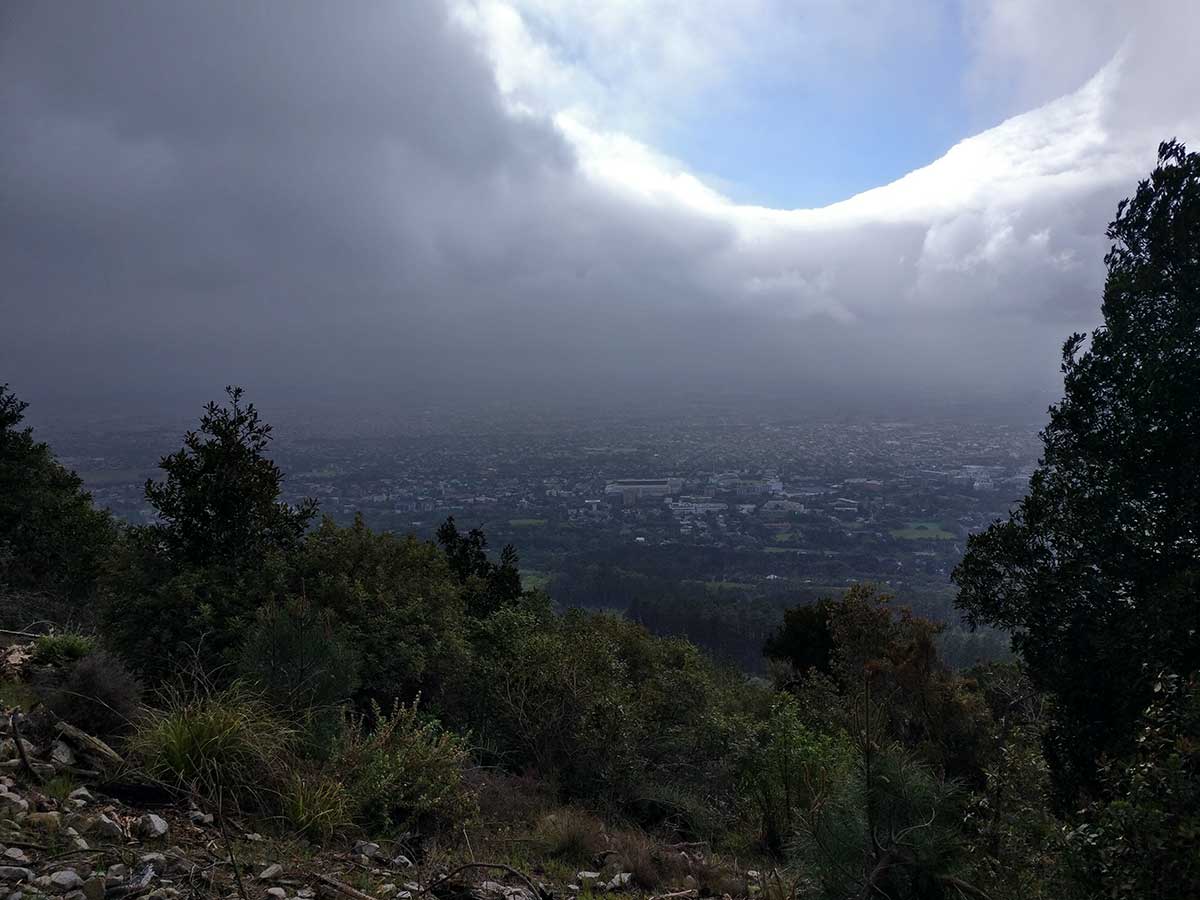 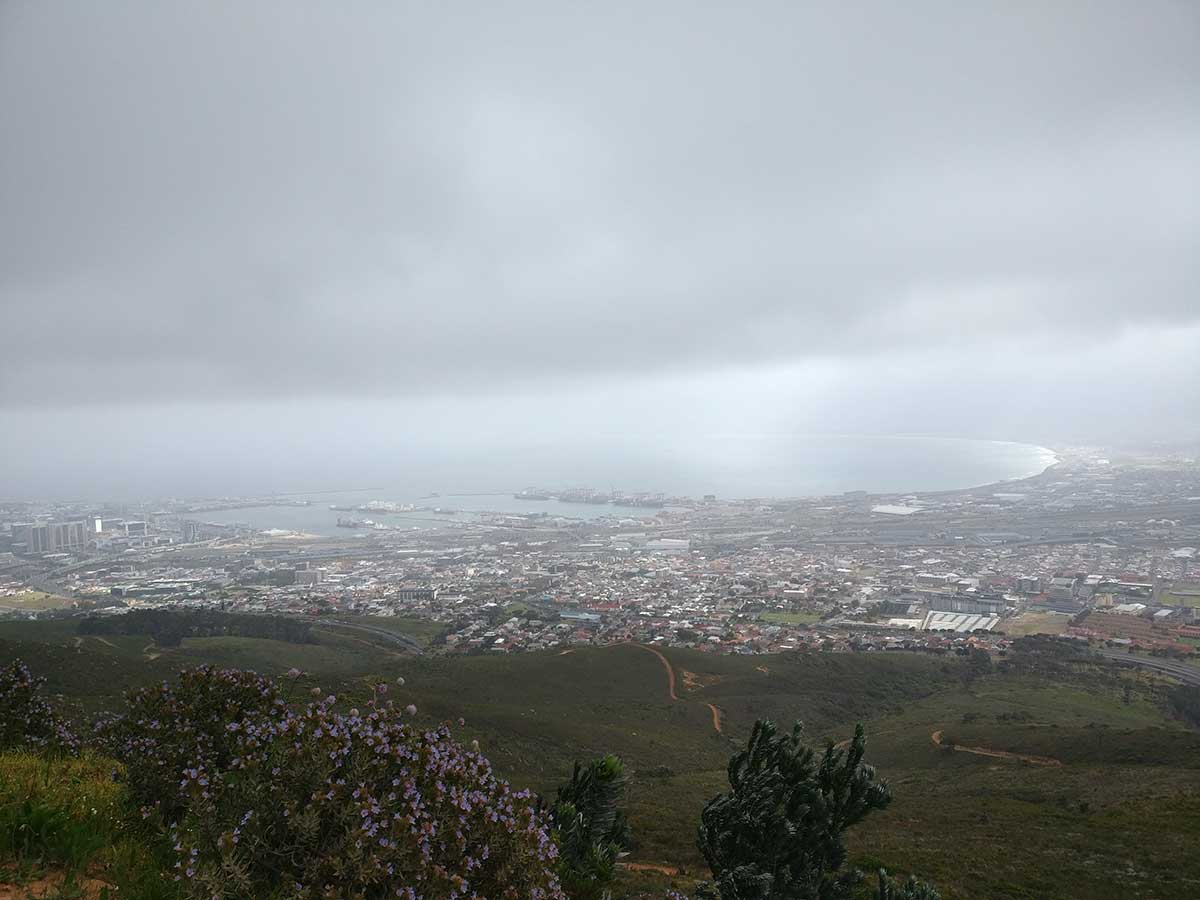 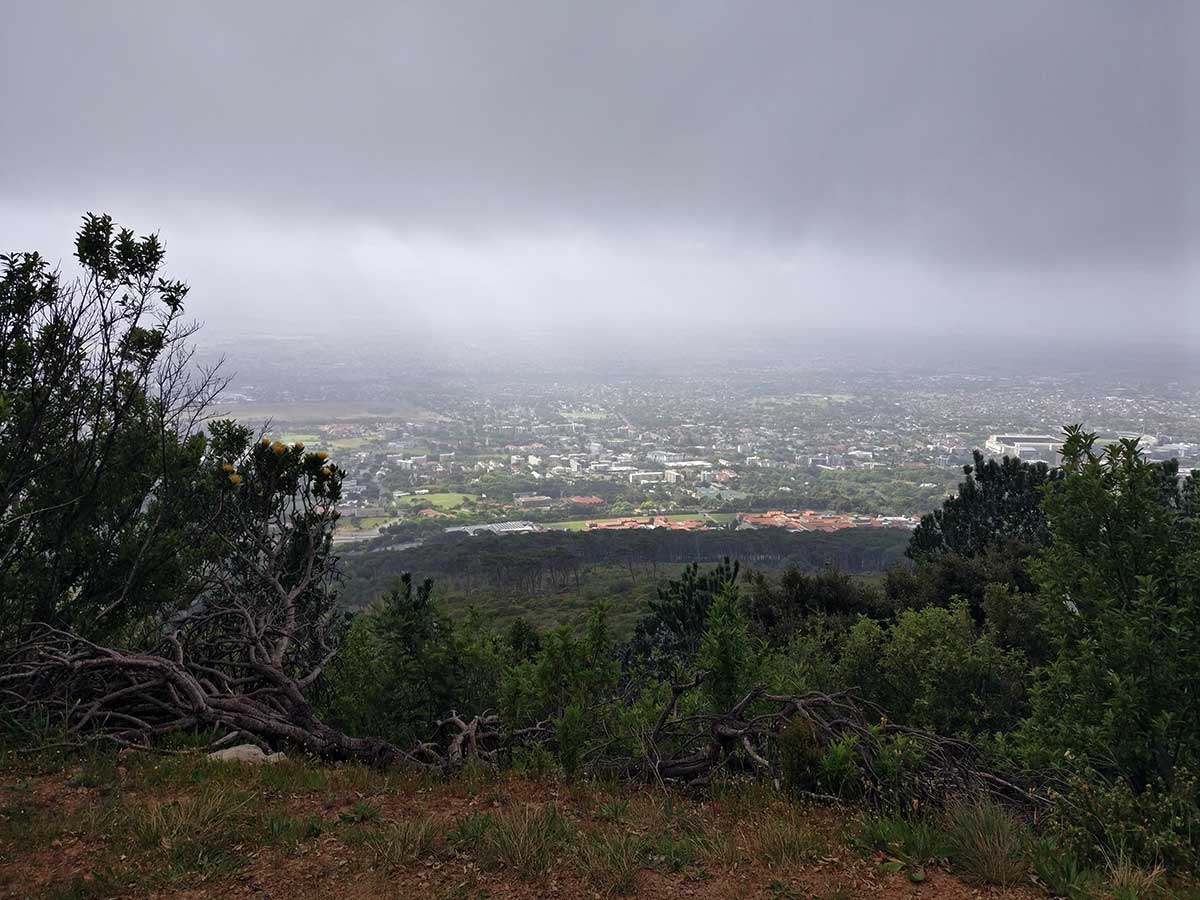 After around an hour of walking you will reach a turnstile and a wooden ladder. To your right should be a path leading downward. This is the path to take if you intend to visit Rhodes Memorial. Through the turnstile there are great views to be seen though, so I would recommend taking a quick detour to see them. 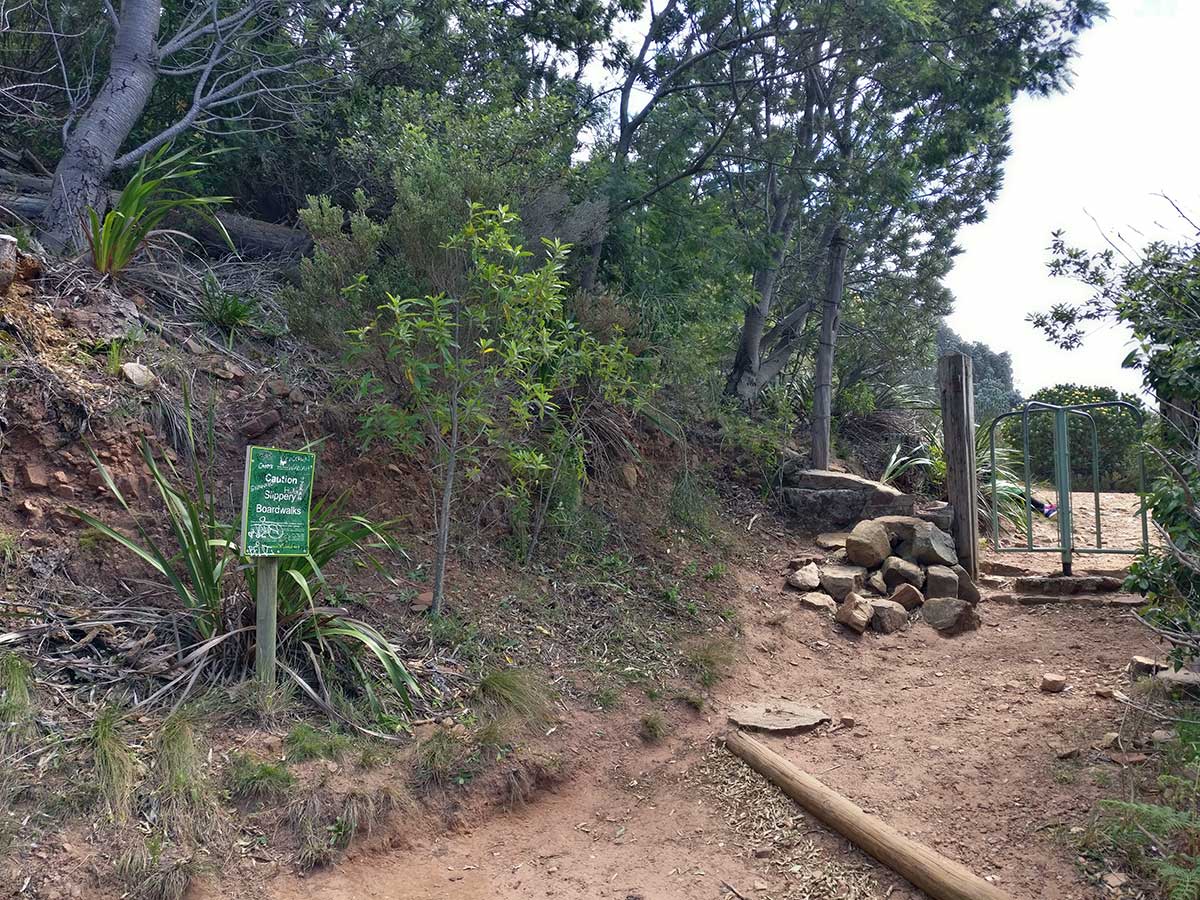 Descending to Rhodes Memorial is hard work, the stairs are quite tricky and tough on the knees. There are lots of beautiful flowers to admire along the way though, which makes up for it. 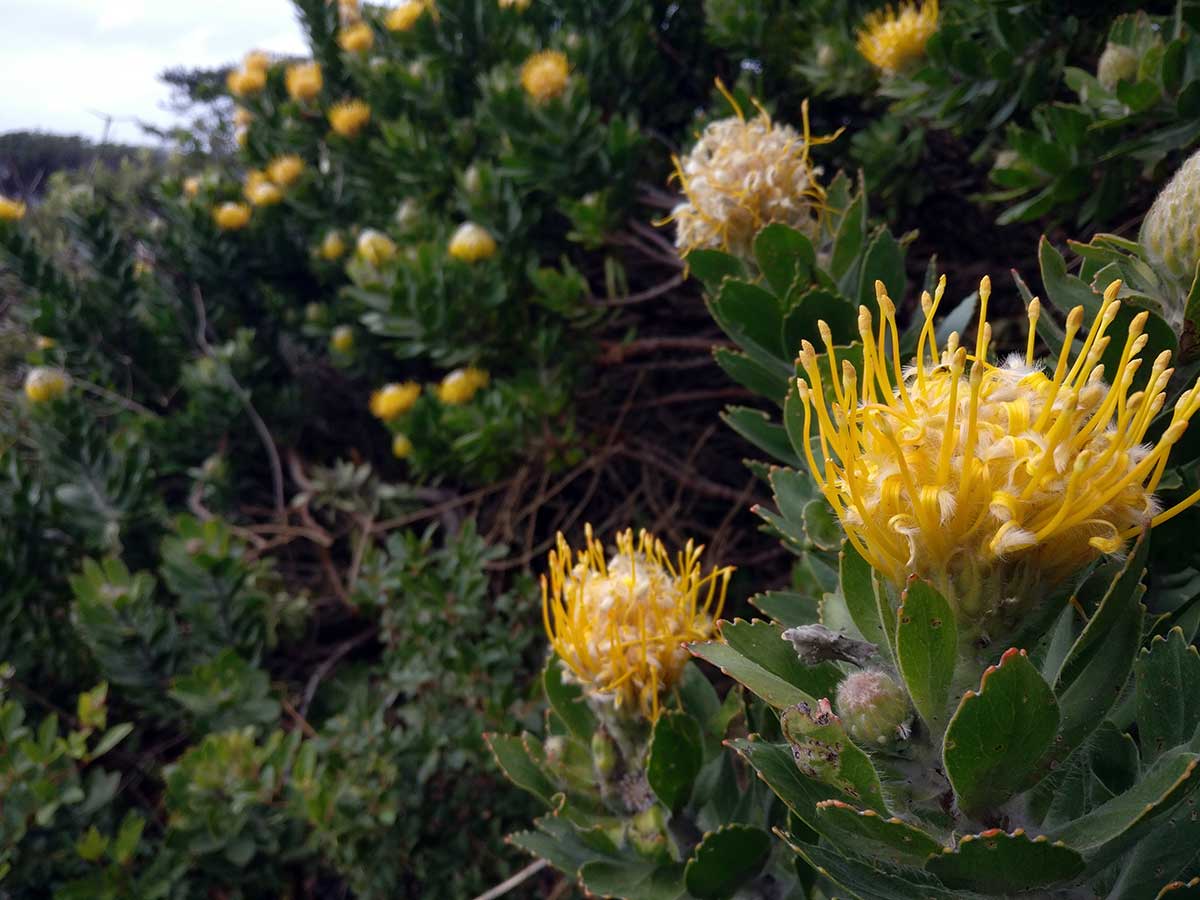 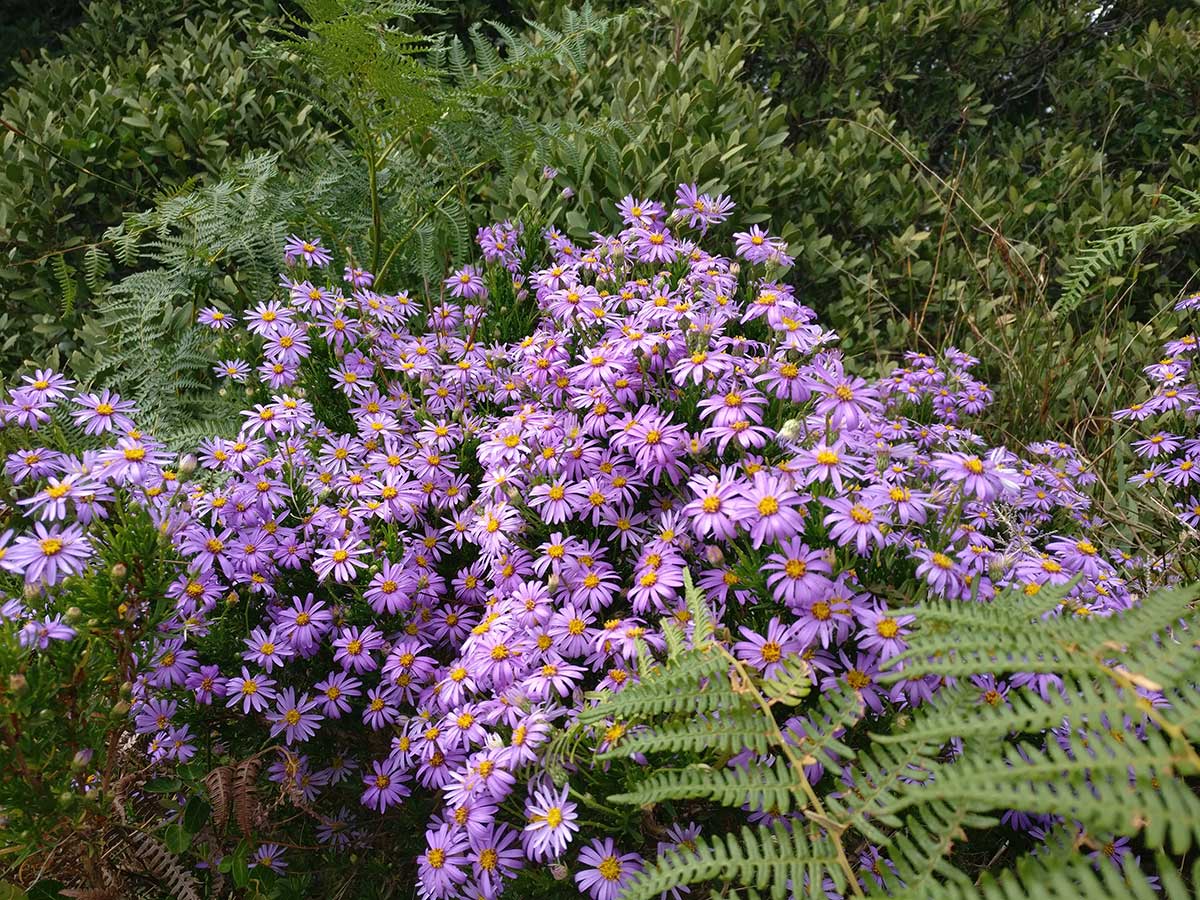 Keep heading down the stairs and after around 25 minutes of descending you should reach Rhodes Memorial. Take some time to explore around the memorial and admire some of the details. There are also great views of UCT to admire from the stone steps. 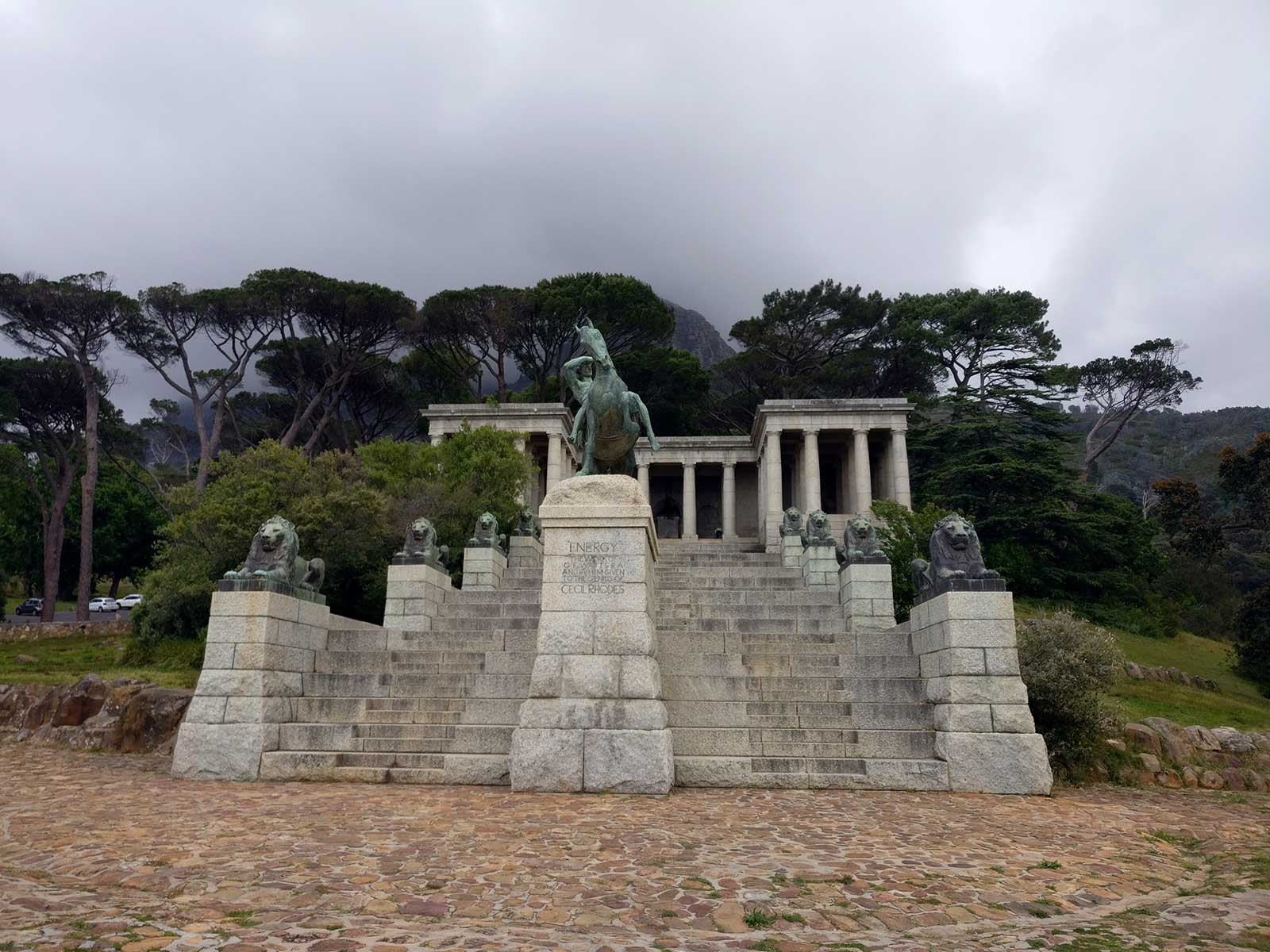 If that was enough hiking for you, then this would be a good place to catch an Uber back to your car at Newlands Forest. If you anticipate that this might be the case beforehand then you could even leave a car parked here and just drive back. We considered this as it was quite cold, but as we were resting here the clouds started clearing and the sun started shining. Walking back along the contour path in such good weather was too tempting for us to resist, so we started the grueling ascent back up to the Contour Path.

Once back along the path we were rewarded with some stunning views. 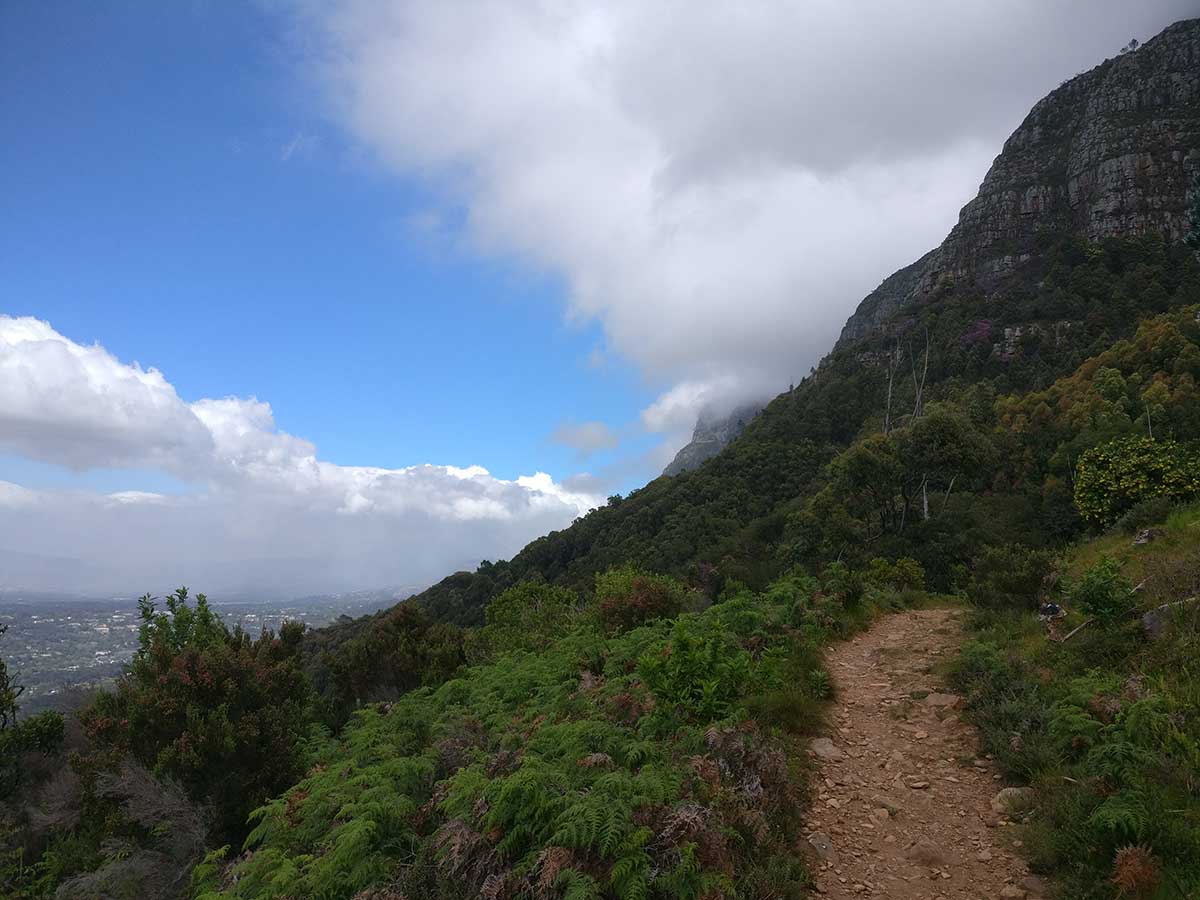 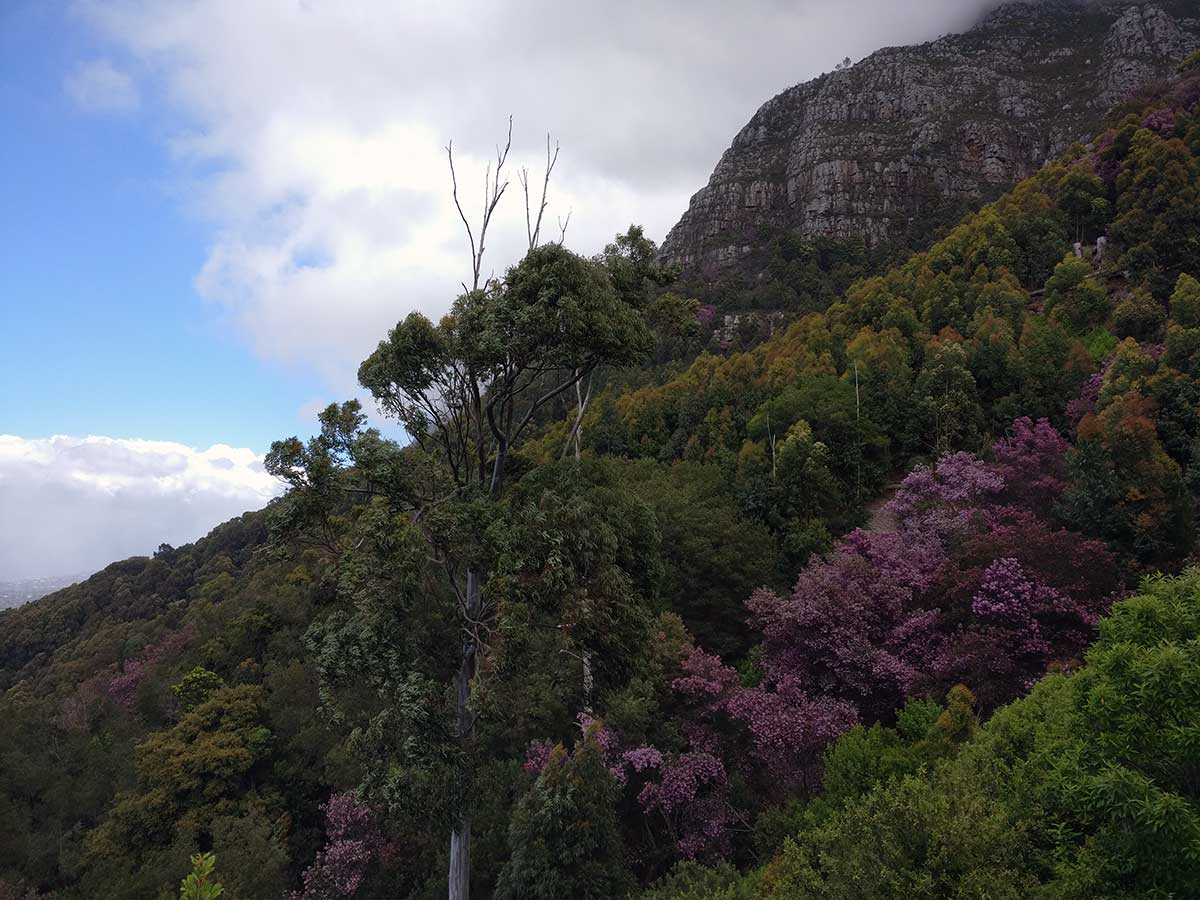 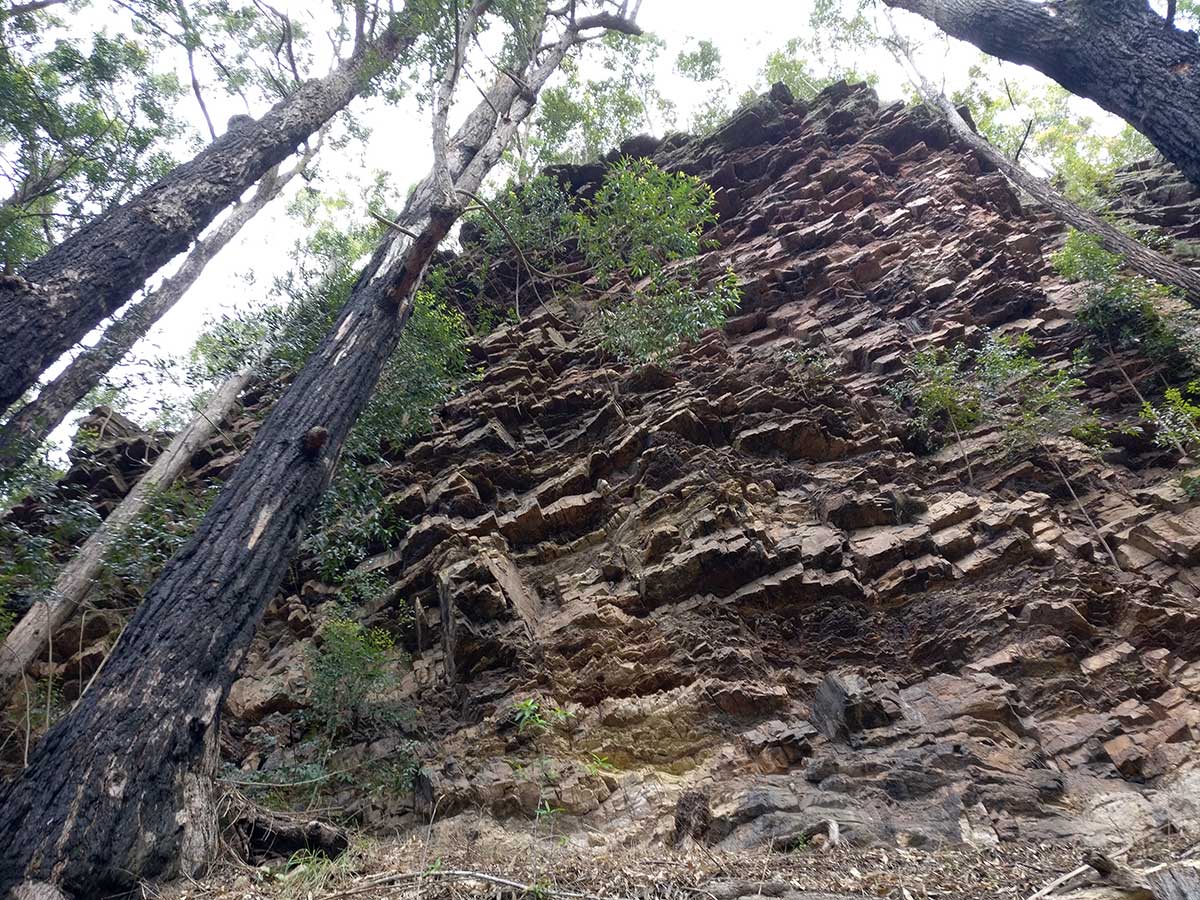 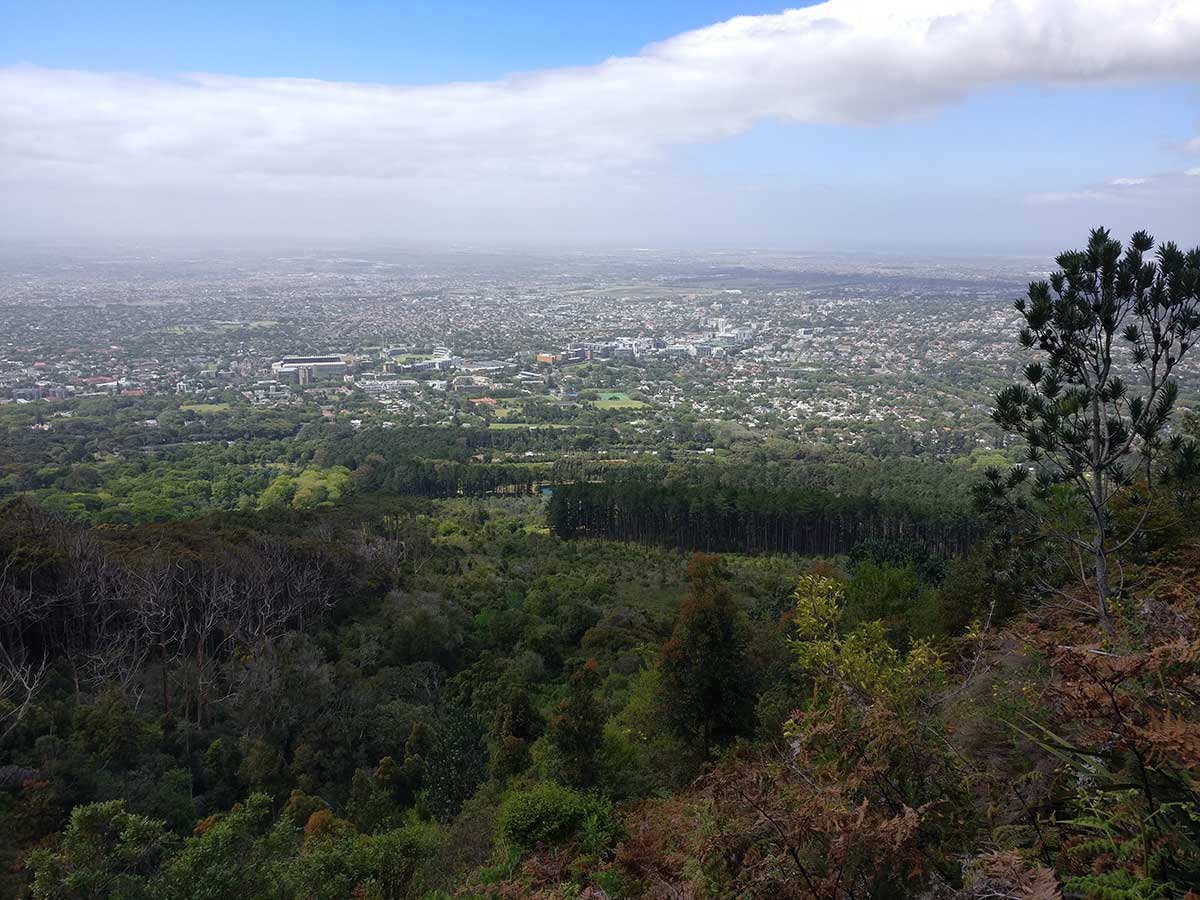 After following the path back we rested a bit at the octagonal bench and noticed how much graffiti there was all along the bench and table. It’s quite sad that people will come all the way out here, high up on the mountain, and feel the need to leave ugly markings behind.

From the bench it was a short walk to the stairs that we climbed up out of Newlands Forest. The stairs were thankfully a lot easier on the way down. We took a slow stroll through the beautiful forest back to the cars. 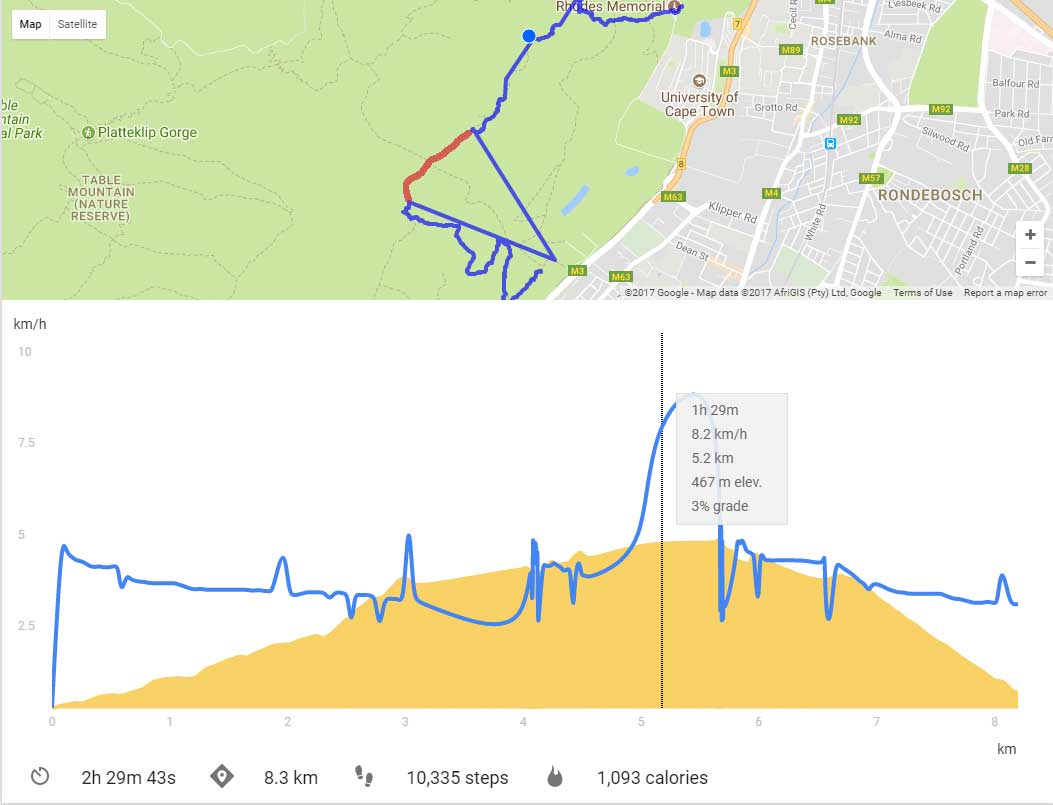 This is the hike data for the first leg of the hike ending at Rhodes Memorial. I’m not sure what happened with Google Fit’s recording of the hike. It seems to think we teleported off the Contour Path back to the parking lot at one point. I’ve fixed the map with the correct path in red.

The hike took us just just over four hours to complete and was mostly quite easy except for the stairs to get onto and off of the Contour Path at either ends. Most of the time is spent in the shade of the trees, so it is perfect to do in most weather conditions. There is also the option of only doing one leg of the trail as Rhodes Memorial is quite a convenient end point. There are plenty of great views and lovely flowers to spot along the way, so this trail is well worth doing at least once to experience it all! 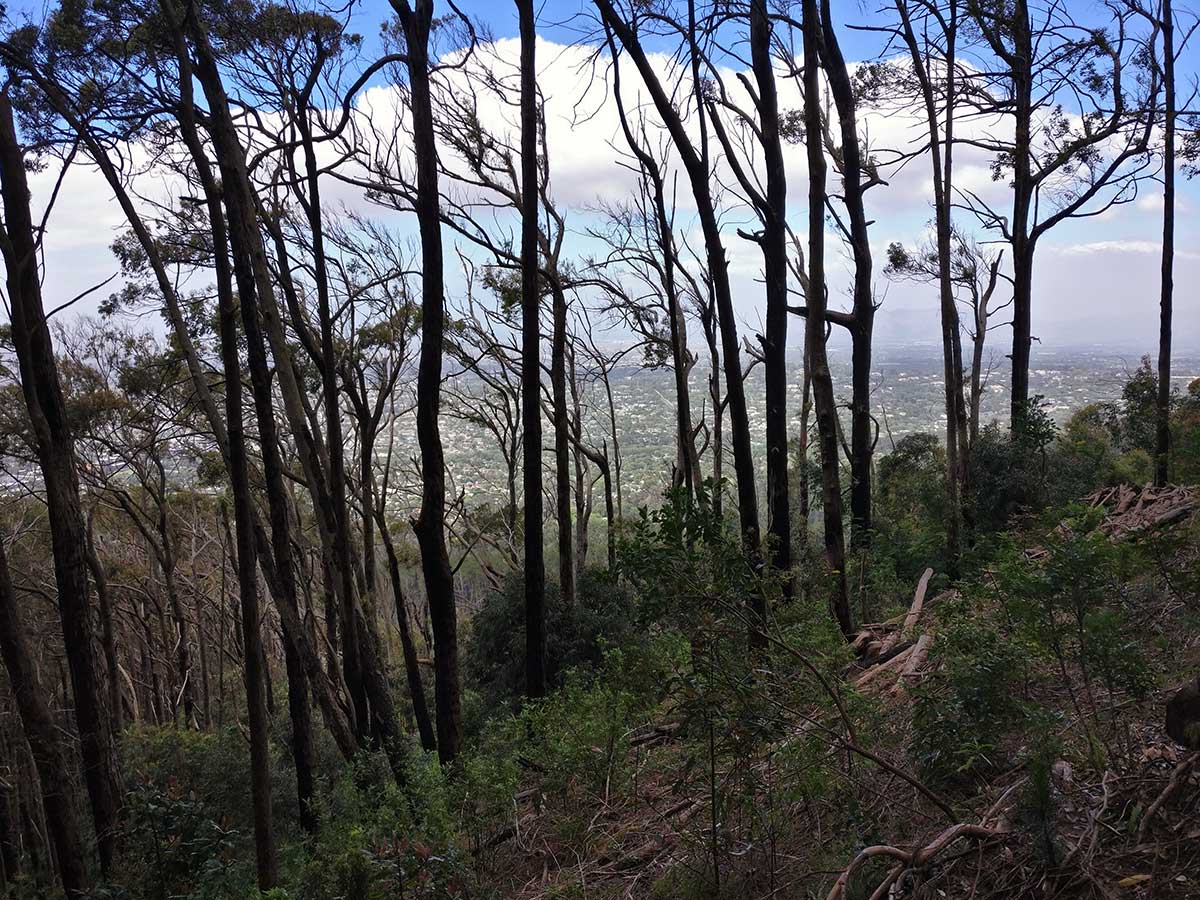