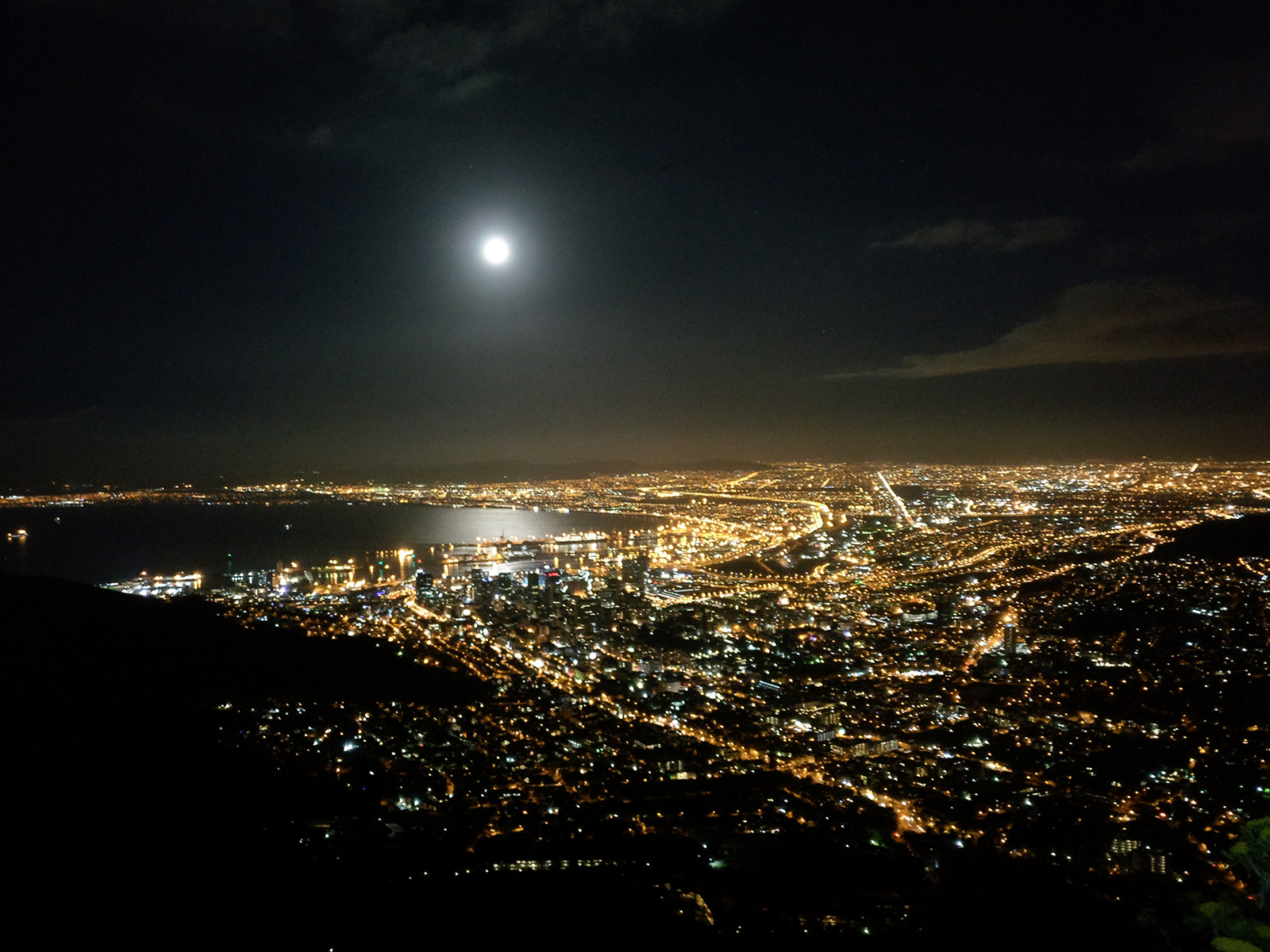 After having our initial plans of hiking Echo Valley thwarted by some much-needed rain, I was quite bleak about not getting to hike on Sunday. Thankfully one of my friends let me know about the full moon hike event happening on Sunday evening.

We got to Lion’s head at around 18:30 and it was already packed, we had to park quite some ways away from the starting point. I’ve hiked Lion’s Head many times before and it is always busy, but I’ve never quite seen it as busy as it was on Sunday. I guess it was the perfect conditions to be out and about. 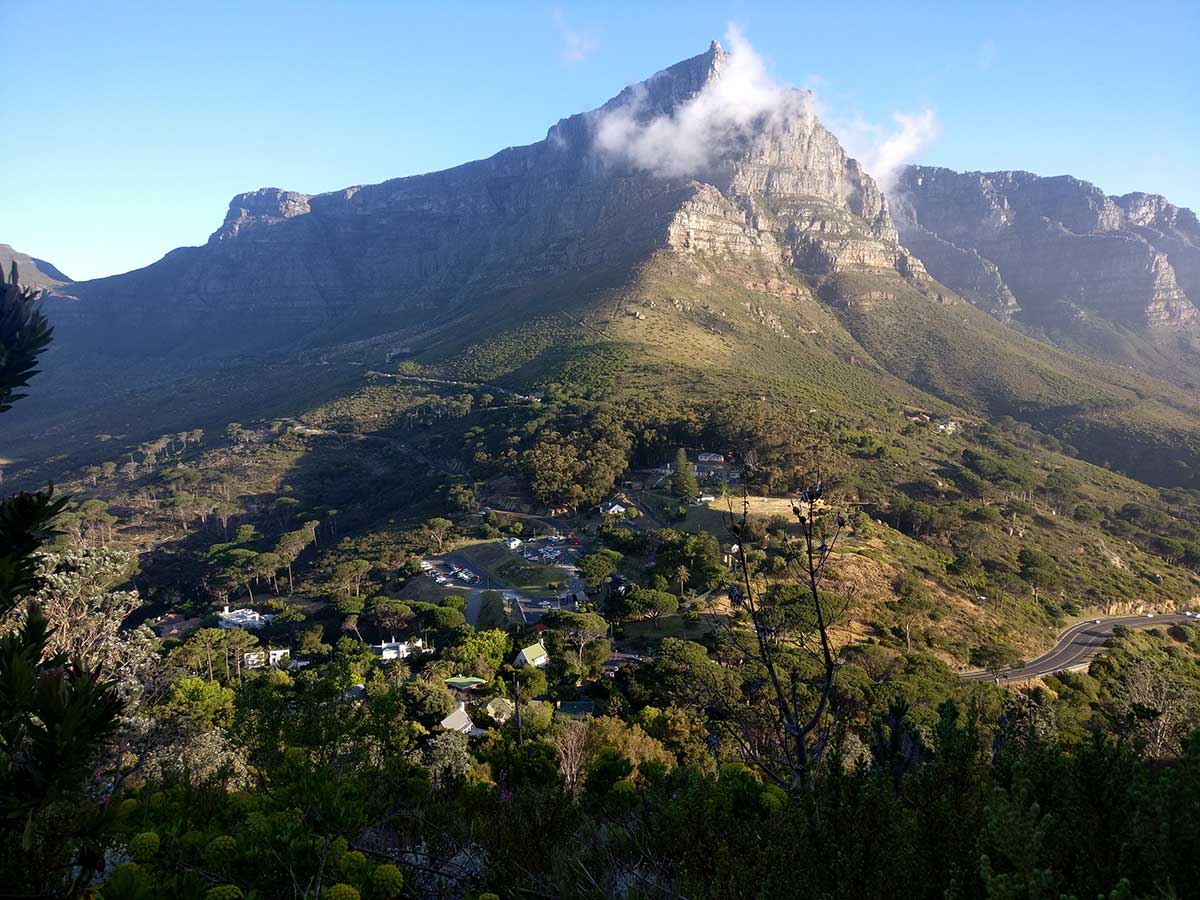 I won’t really go much into the route that we took since the path is really simple to follow and pretty much everyone knows the route to the top of Lion’s Head. I’ll focus more on the conditions that made this particular journey special.

When we started the sun had not yet started setting, but we were racing against time to get to the top to see the sunset. It was quite challenging due to the amount of people making their way to the top. Even so, I couldn’t resist stopping at the lower paragliding launch point to snap a few shots. 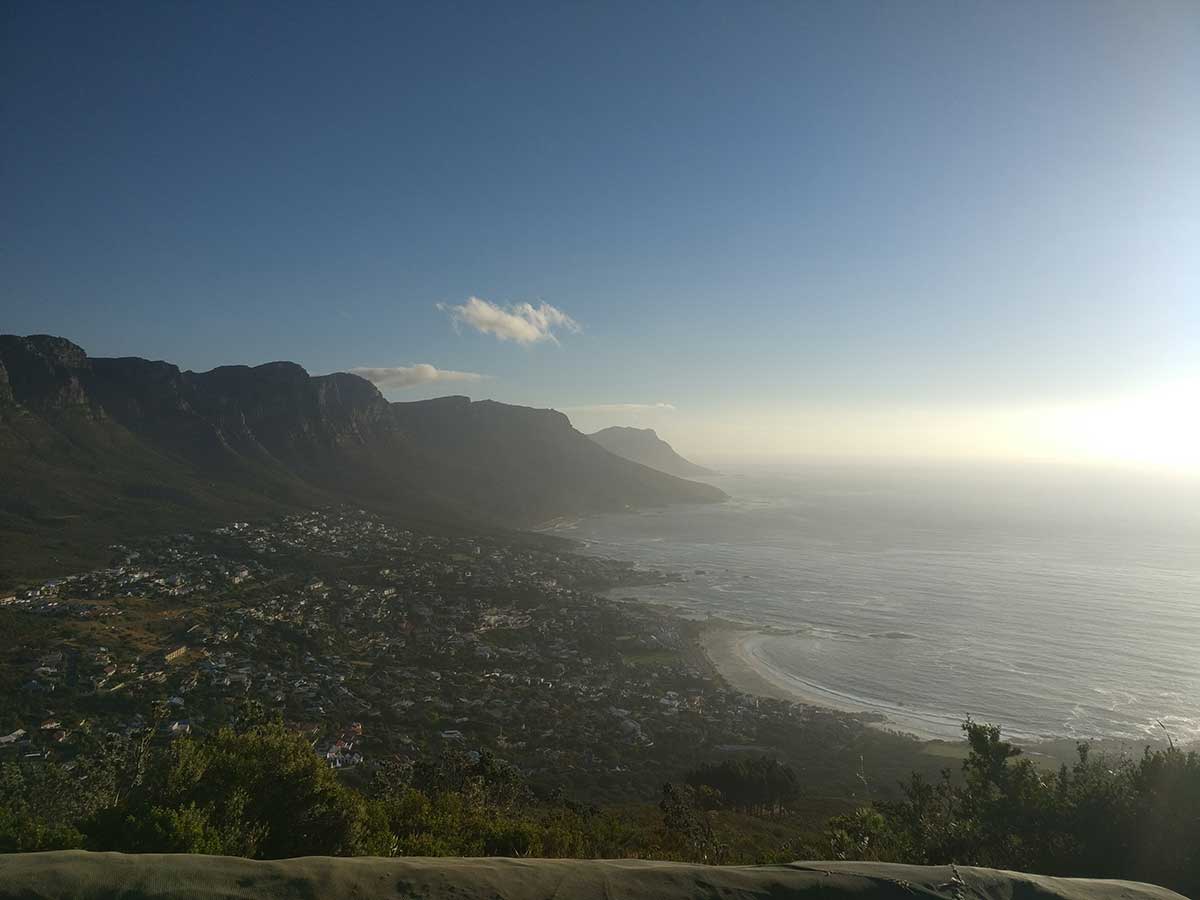 When the sun eventually started setting I managed to capture quite a cool shot of the elongated shadow of the peak over the city. 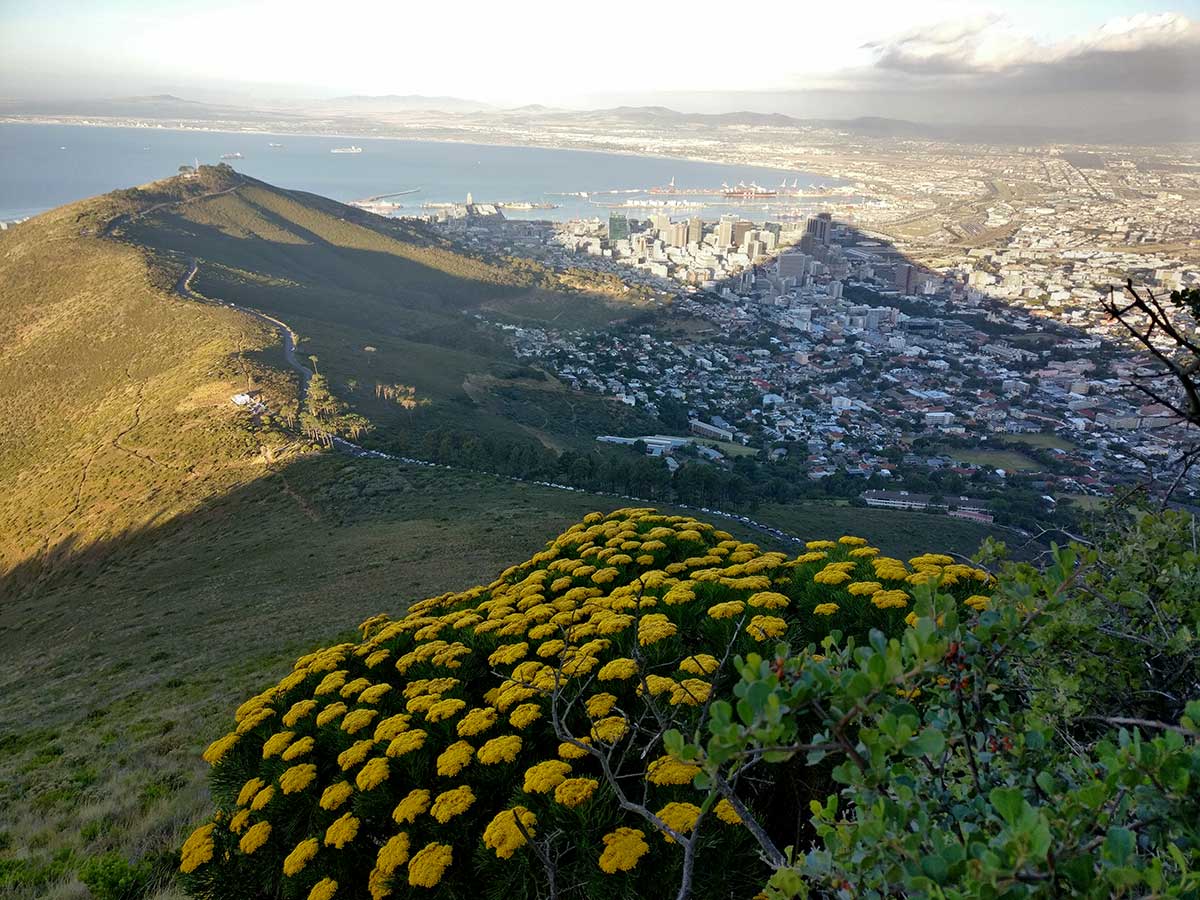 The queue up the chains and staples was extremely long, so we decided to take the longer route to the top to save some time. This worked out quite well and afforded me the opportunity to capture a sense of how many people were on the trail 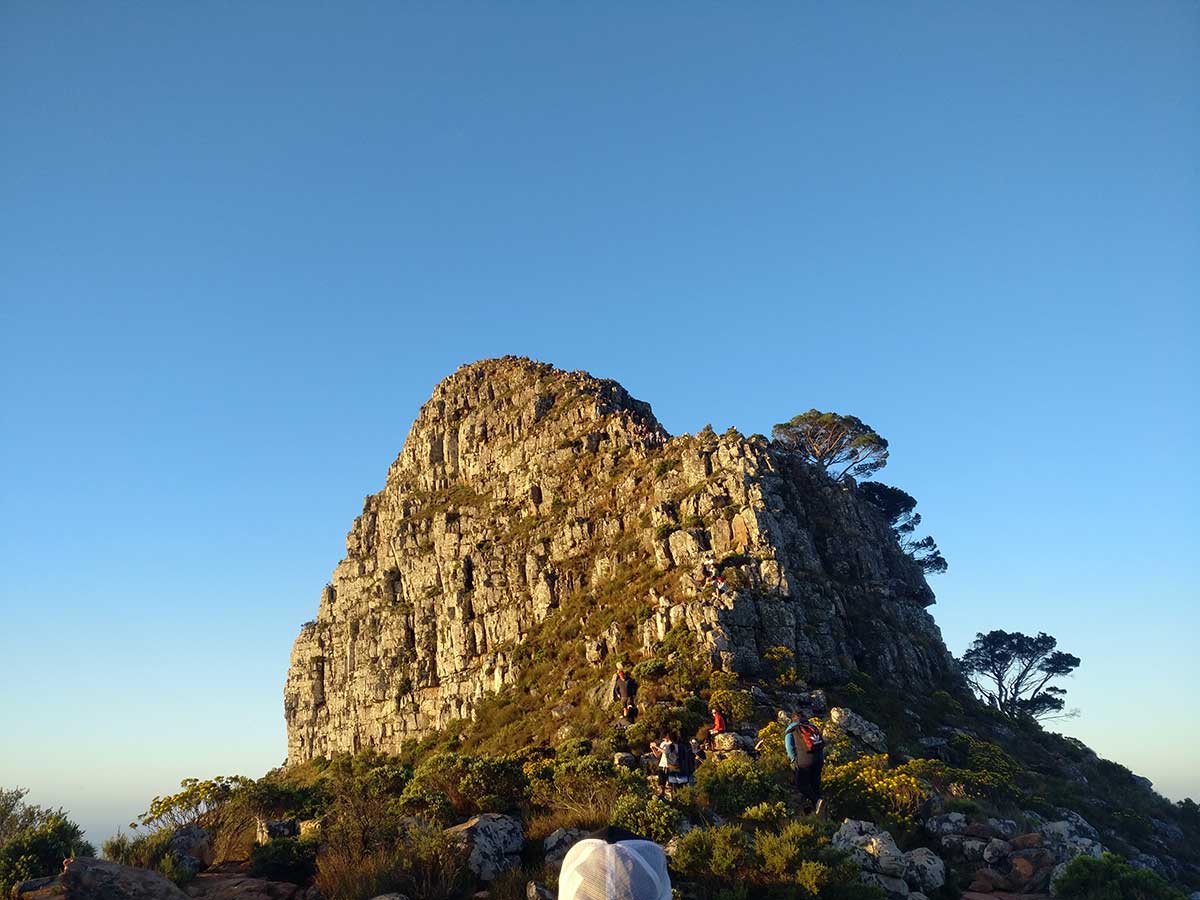 Look at all those hikers! 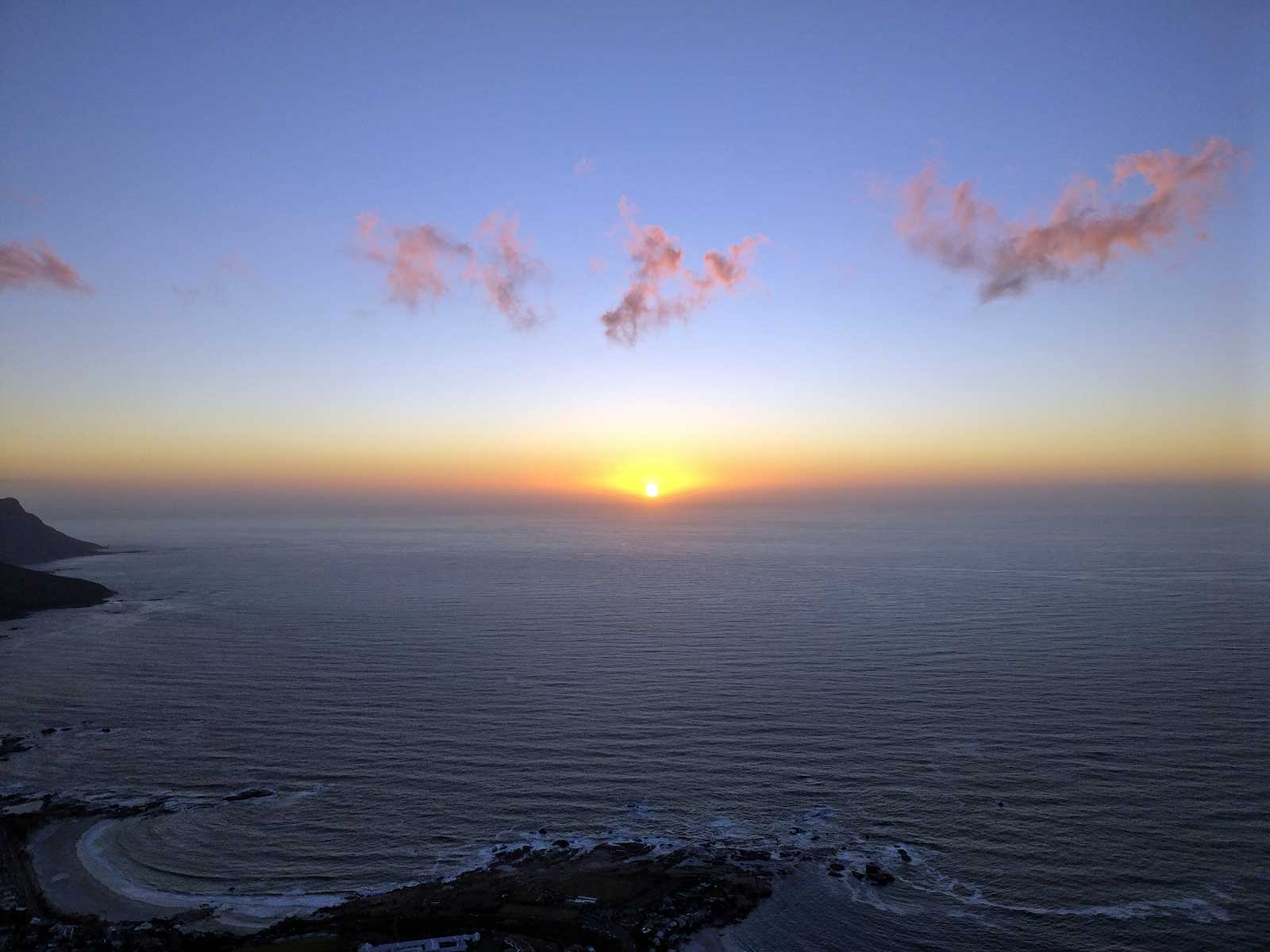 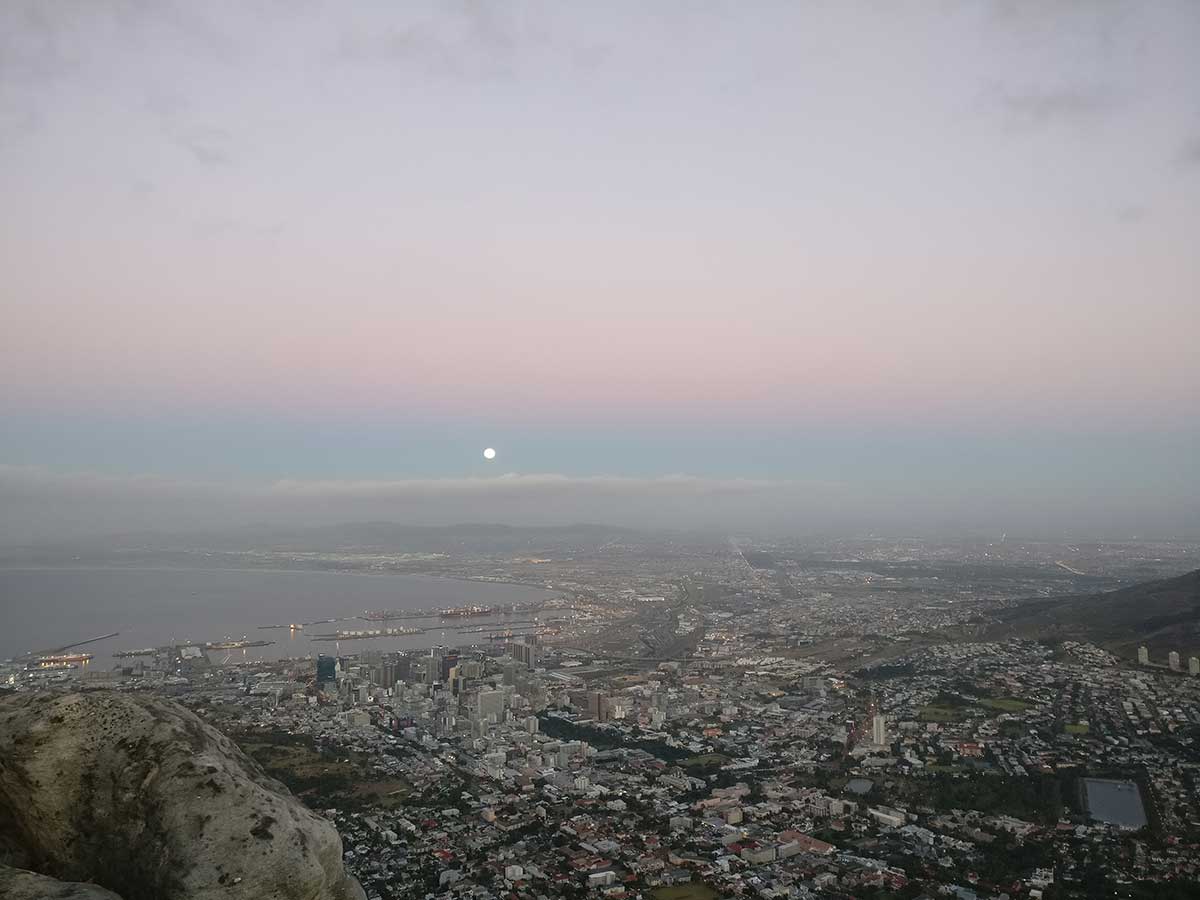 We started our descent a few minutes after spotting the moon, but in hindsight that was too late. We got caught up in some serious traffic heading down. By the time we got down to the staples it was already almost completely dark. Here we met up with another group that decided to call it quits and head down with us since they didn’t have any lights on them to complete their journey safely. The slow pace had some befits though, I had plenty of time to take some photos. 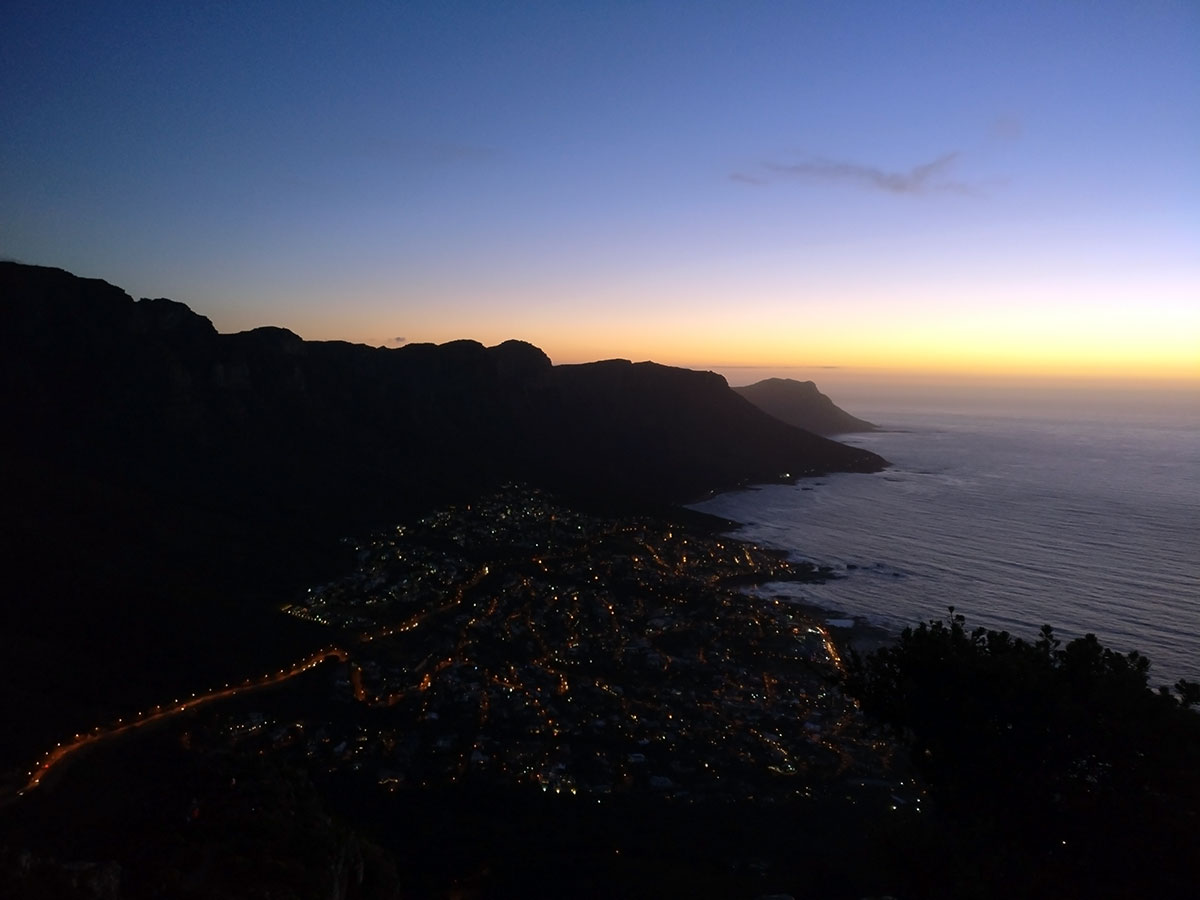 We again avoided taking the staples on the way down since our new companions were not comfortable with descending them in the dark. It seems like this was the popular opinion though, since the long way round was extremely busy.

The descent was quite exciting in the dark with just our headlights illuminating the way, I had lots of fun. Eventually we hit quite a long line just before we got to the ladder. This took delayed us by around half an hour in addition to the slow pace we made in the dark. After lots of waiting we eventually hit the stone steps and made our way back down to the starting point. 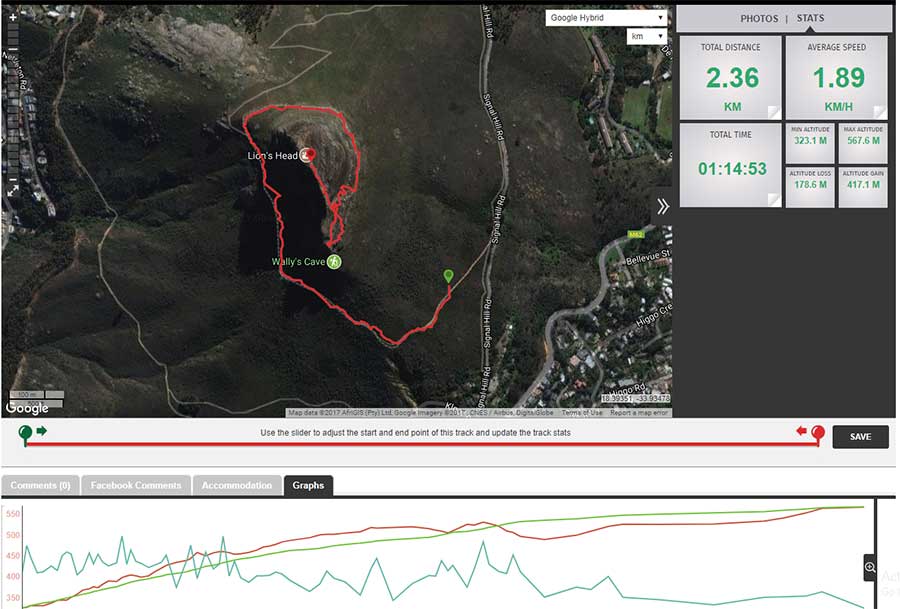 Getting to the top took us about 70 minutes going at a reasonable pace. The way down was a two-hour affair due to the delays at the ladder and the slower pace in the dark.

The full moon hike up Lion’s Head was a great experience. The amazing views just about make up for the traffic and amount of people on the trail though. I would definitely recommend experiencing it at least once, but I think it will be a while before I do it again. Just remember to take some torches and headlamps, far too many people were descending without any lights. The full moon provides some light, but not enough to safely traverse the trail. 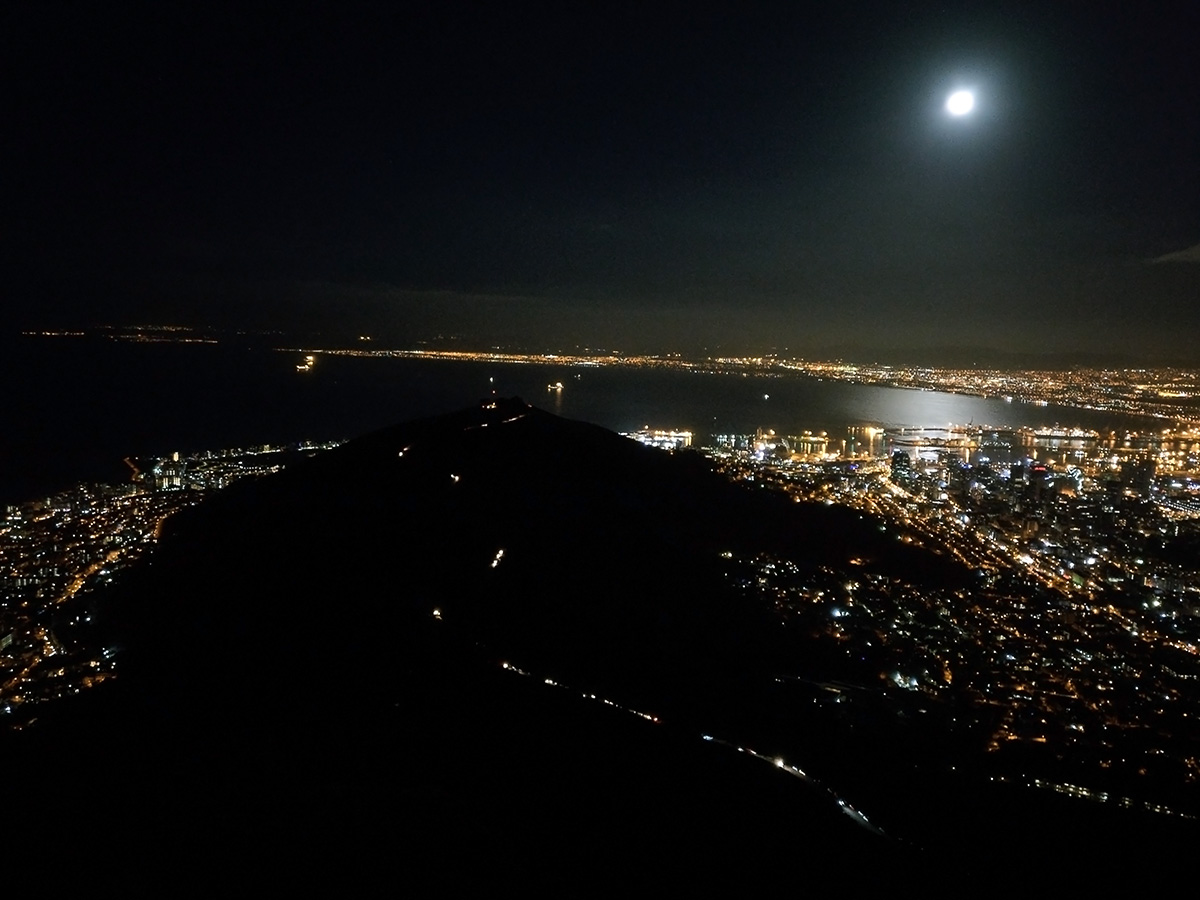