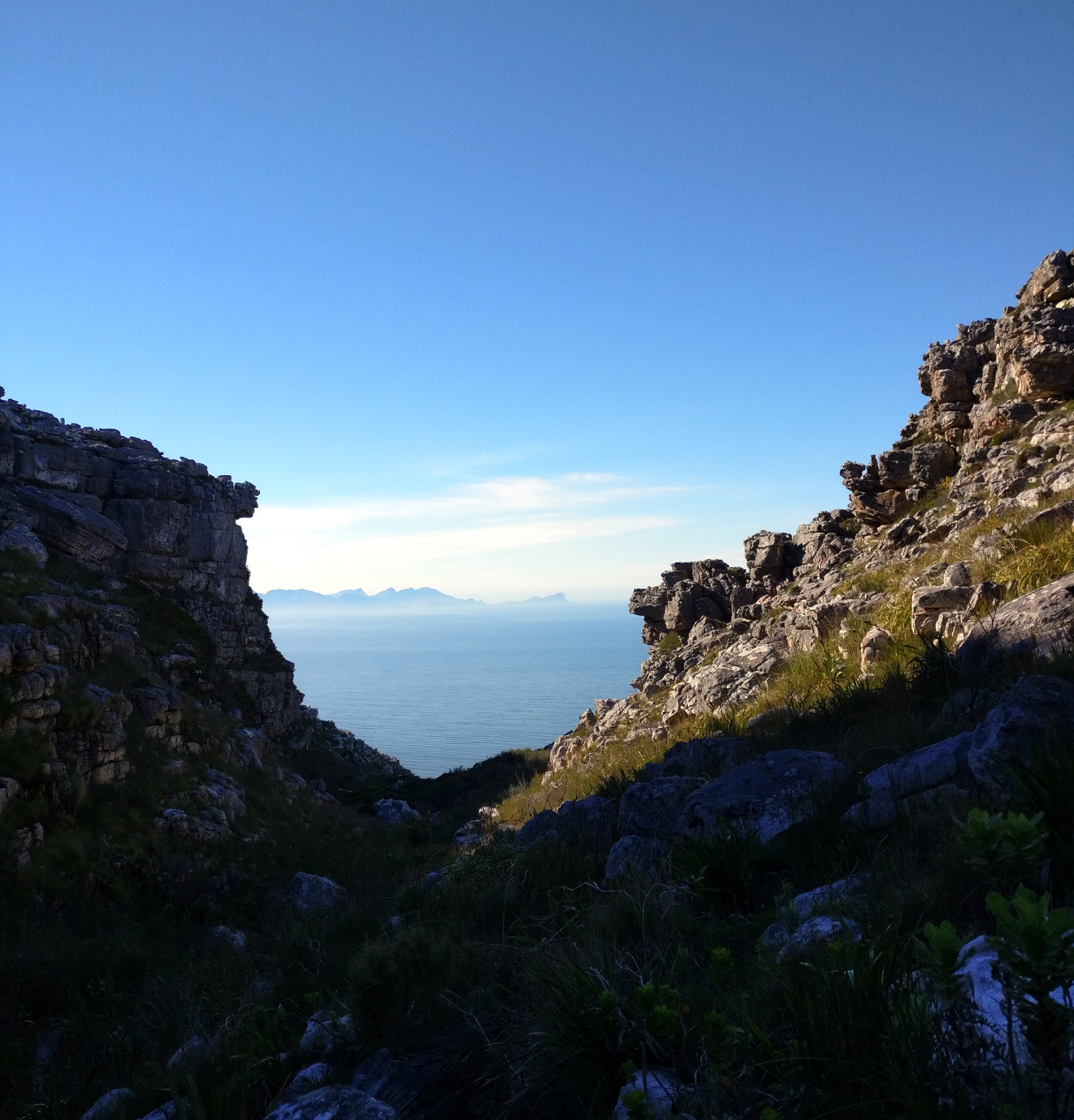 The world is quiet here

My favourite part about hiking is getting away from the noise of the city. Echo Valley is the perfect place to do just that.

Bright and early one Sunday morning we found ourselves amidst the hustle and bustle of Kalk Bay. Even that early there were plenty of people out and about running and taking their dogs out for walks. There is a really nice energy about the place. We were not there to soak it all up, however. We wanted to escape it all.

The Echo Valley trail starts near the beginning of Boyes drive coming from the Kalk Bay pier side. Just after the first big bend you’ll spot a sign near some steps that shows the start of the trail.

The trail starts off tough with a challenging 100m ascent up some rocky terrain which can be quite slippery at times due to the stream that intersects the path at a few points. This is probably the most difficult bit of the hike, so don’t be discouraged if you end up out of breath.

Eventually you’ll reach a clearing with an information beacon. This is the wonderfully named Wondering Willy’s Weary Wait or Weary Willy’s for short. We decided to take the route going right up through the Spes Bona Forest up to the peak.

It was after taking this right path and climbing the first hill that we were rewarded with the first of many amazing sights. 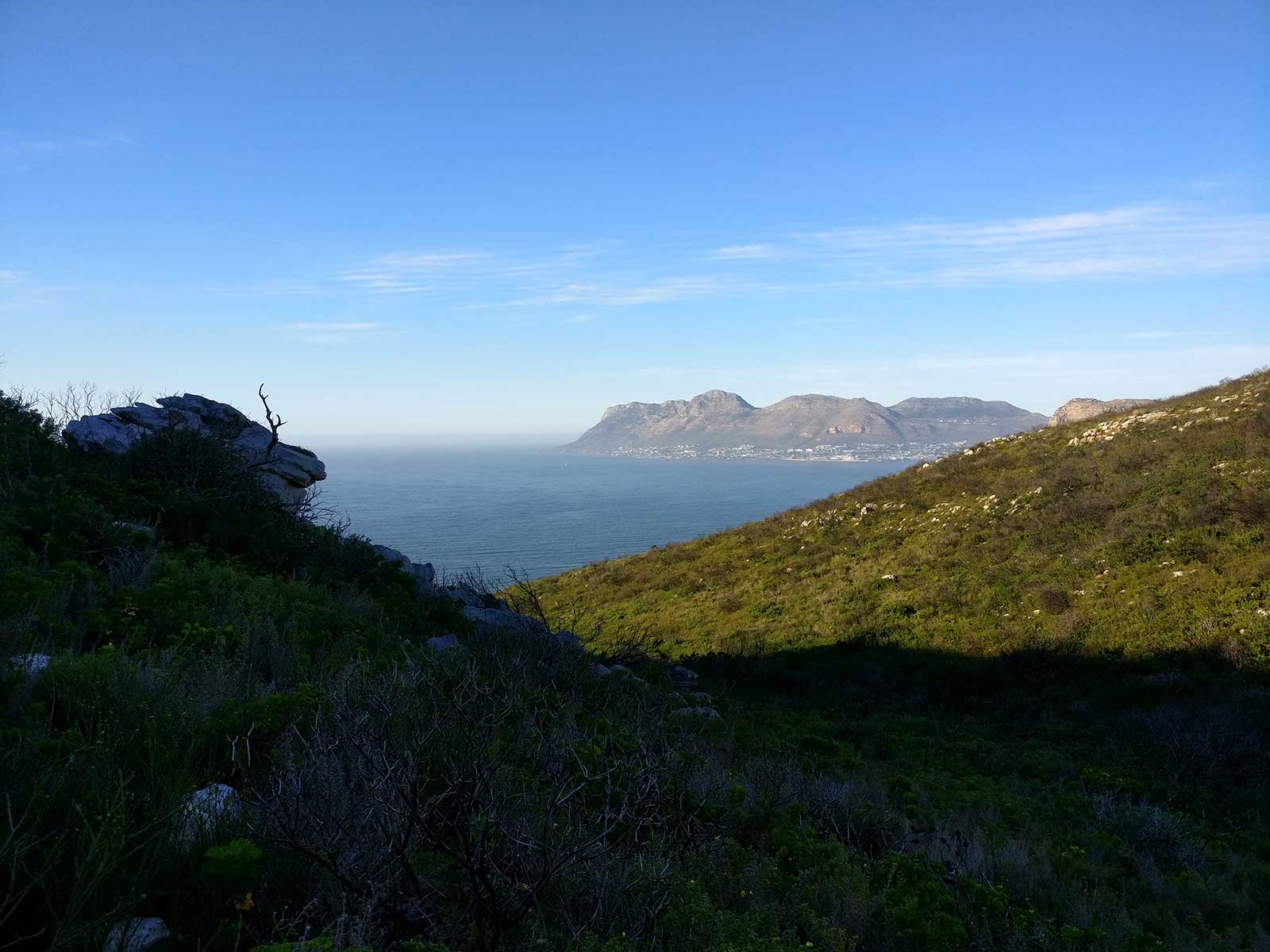 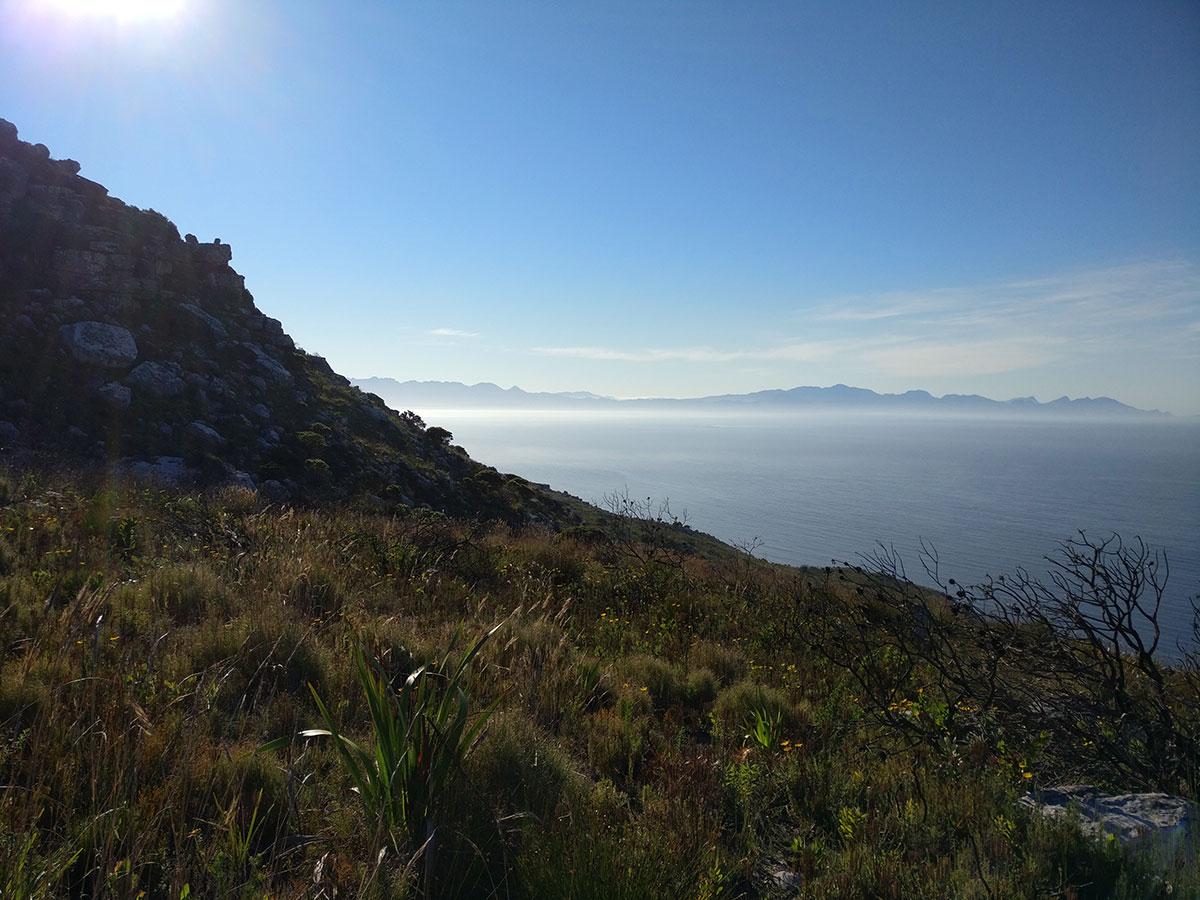 After a while the path starts getting a bit rocky and less maintained. We had some difficulty finding the path at points here. Try to stick to it as much as possible to limit the damage to the plants and rocks. After successfully navigating your way up you’ll spot a massive forest ahead of you. 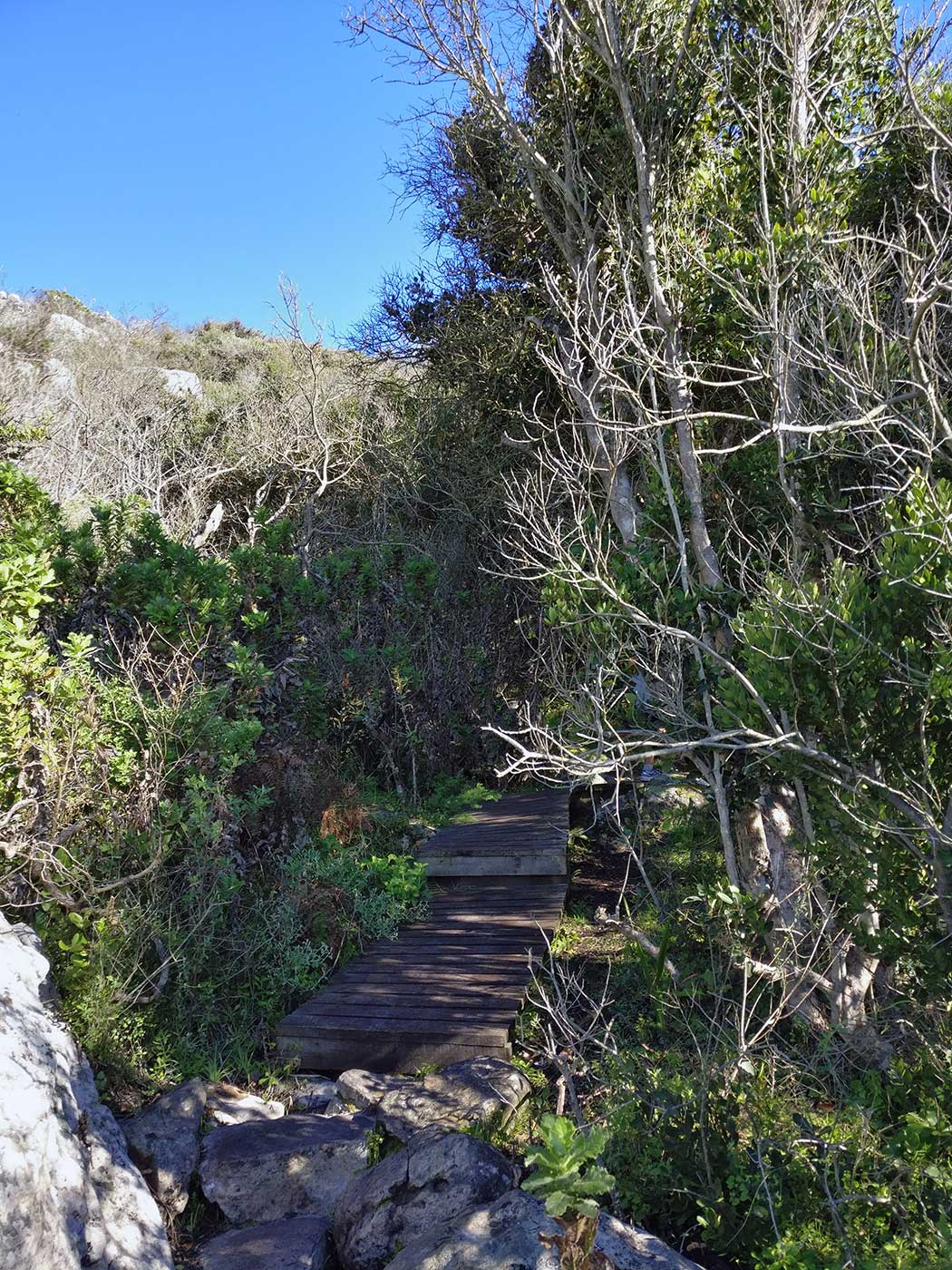 The entrance to the forest

This is the Spes Bona Forest which is one of the few remaining indigenous forests left on the Cape Peninsula and is mainly comprised of Real Yellowwoods, which is South Africa’s national tree.

The forest also offers a really nice break from the sun and is an excellent spot for a short break. There’s something really serene about being surrounded by the trees with the only sounds being the birds merrily chirping away. 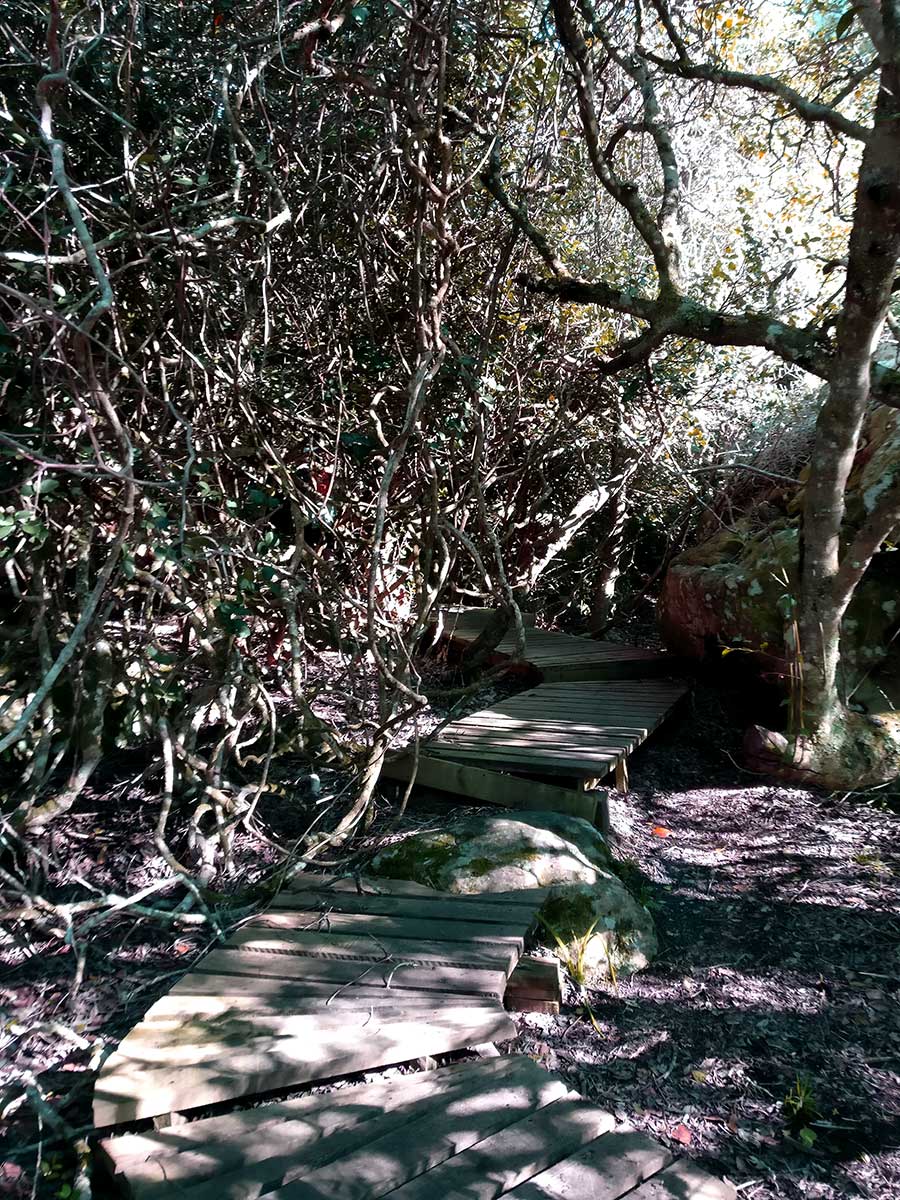 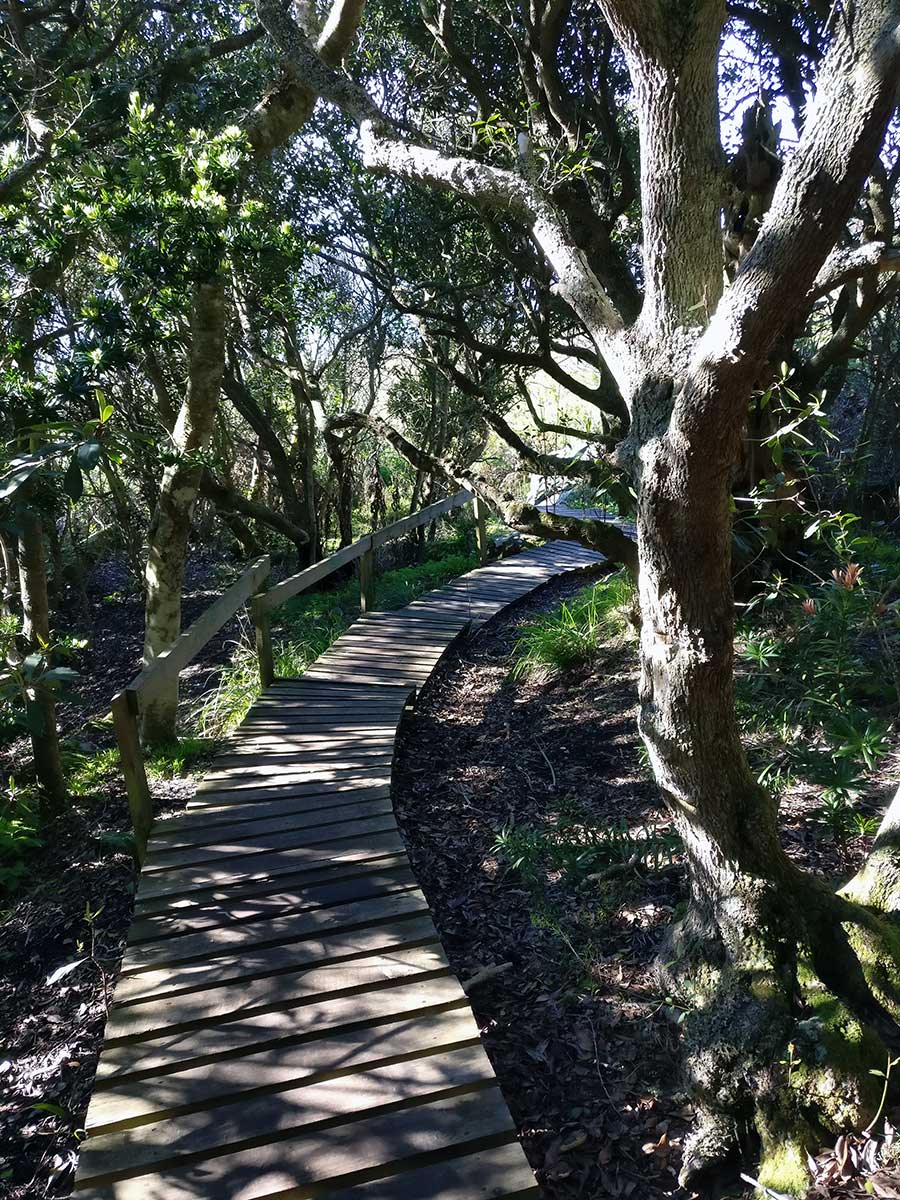 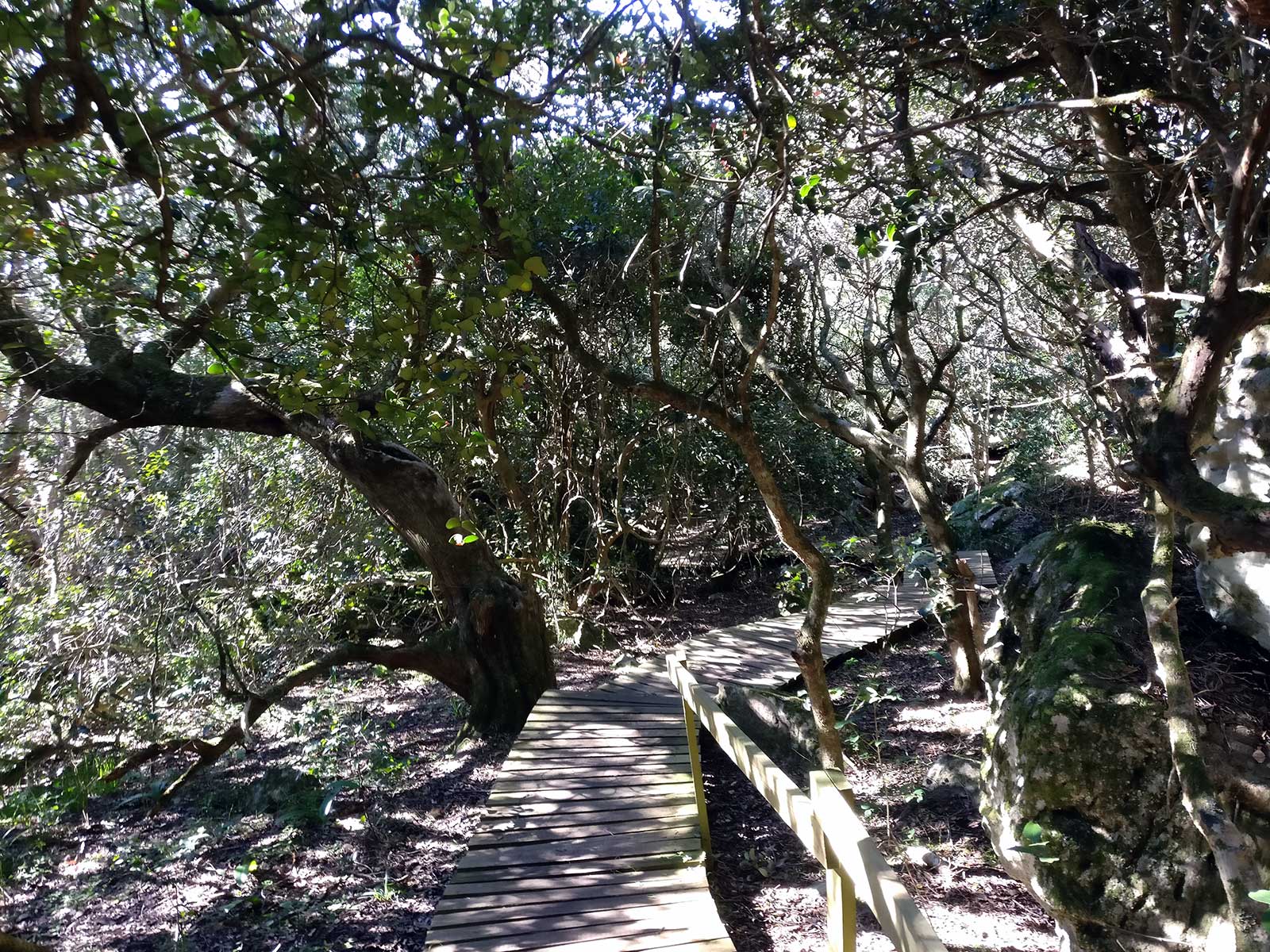 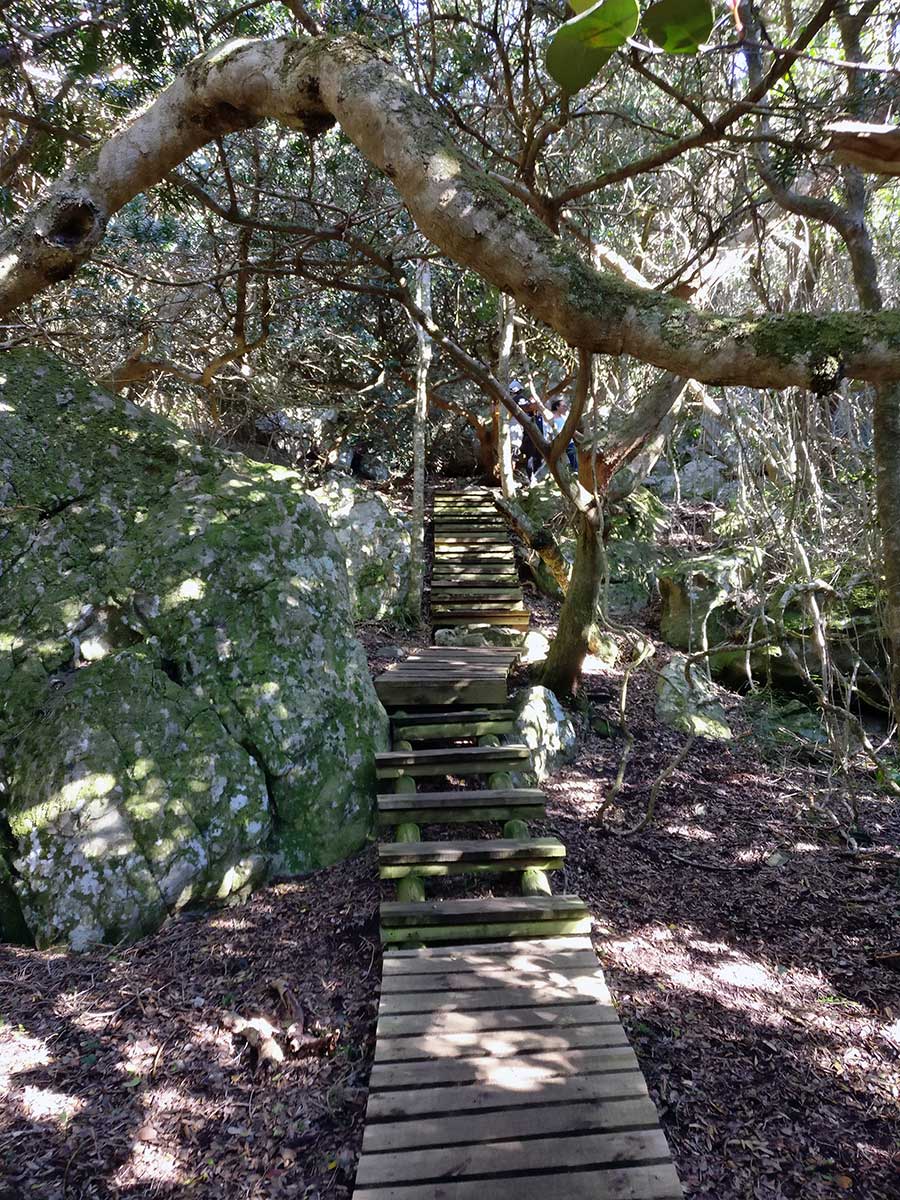 Once you set off again watch your footing, the wooden walkway gets slippery at points. There are also many branches at head level so mind your head as well. After a lovely stroll through the forest you will emerge in a beautiful valley with your goal on the left. From here it’s an easy scramble to the peak. 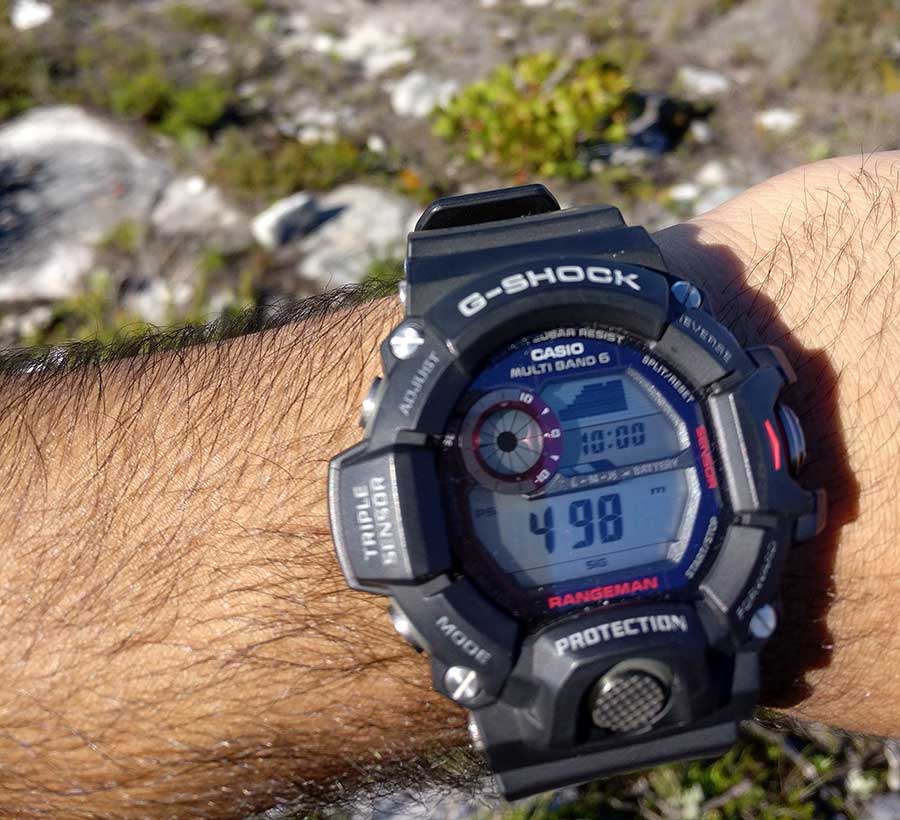 We decided to take a break up here in the shade of one of the gigantic boulders that are strewn around. 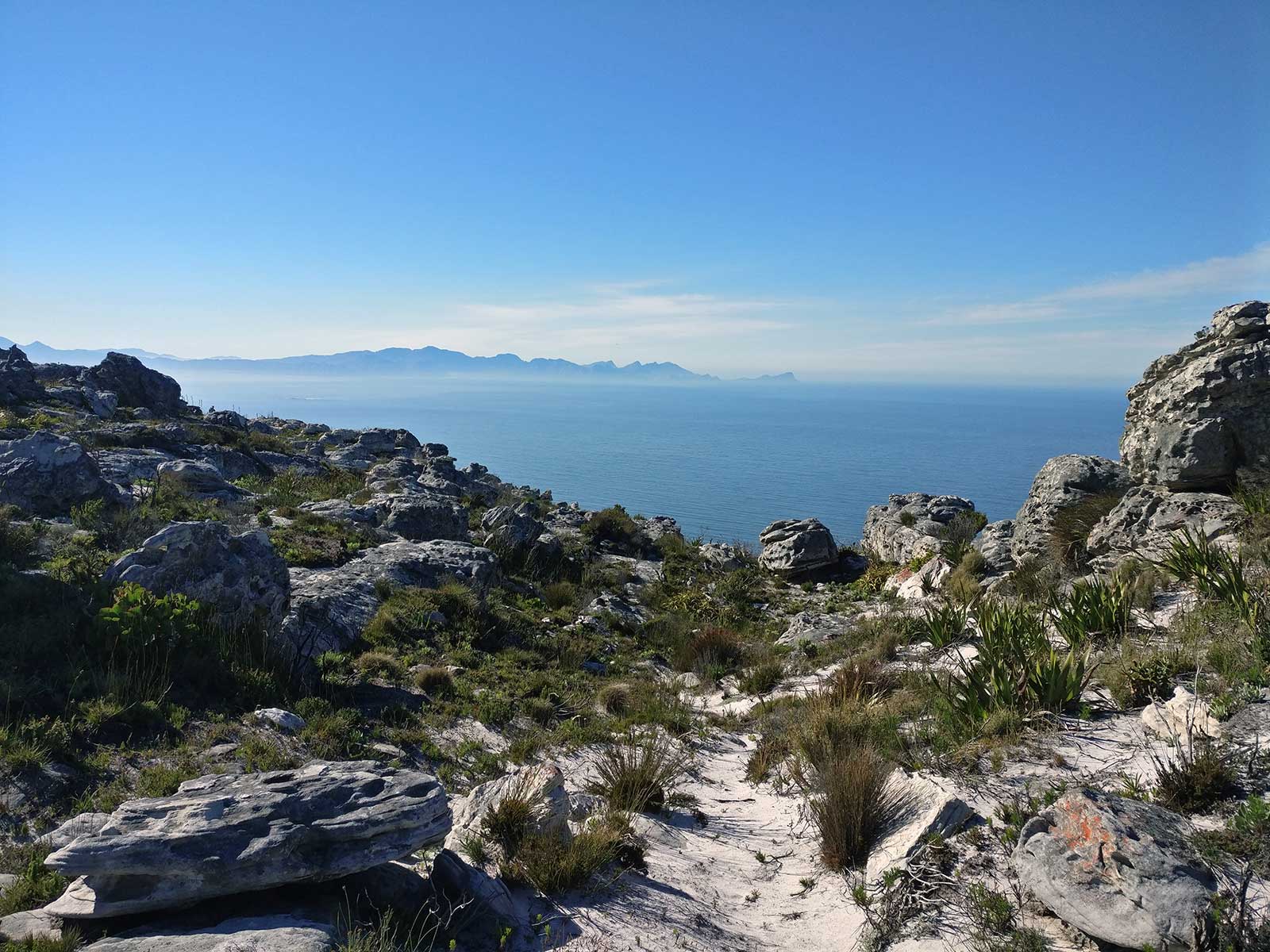 Having rested our weary legs for a while we decided to press on along the circuit. Following the path down will bring you to the Kalk Bay Amphitheatre. It has an information beacon showing time estimates for the various routes in the vicinity. We chose to take the path that would take us through the Amazon Forest. It’s the other indigenous forest that you can encounter on this route. Talk about an embarrassment of riches! 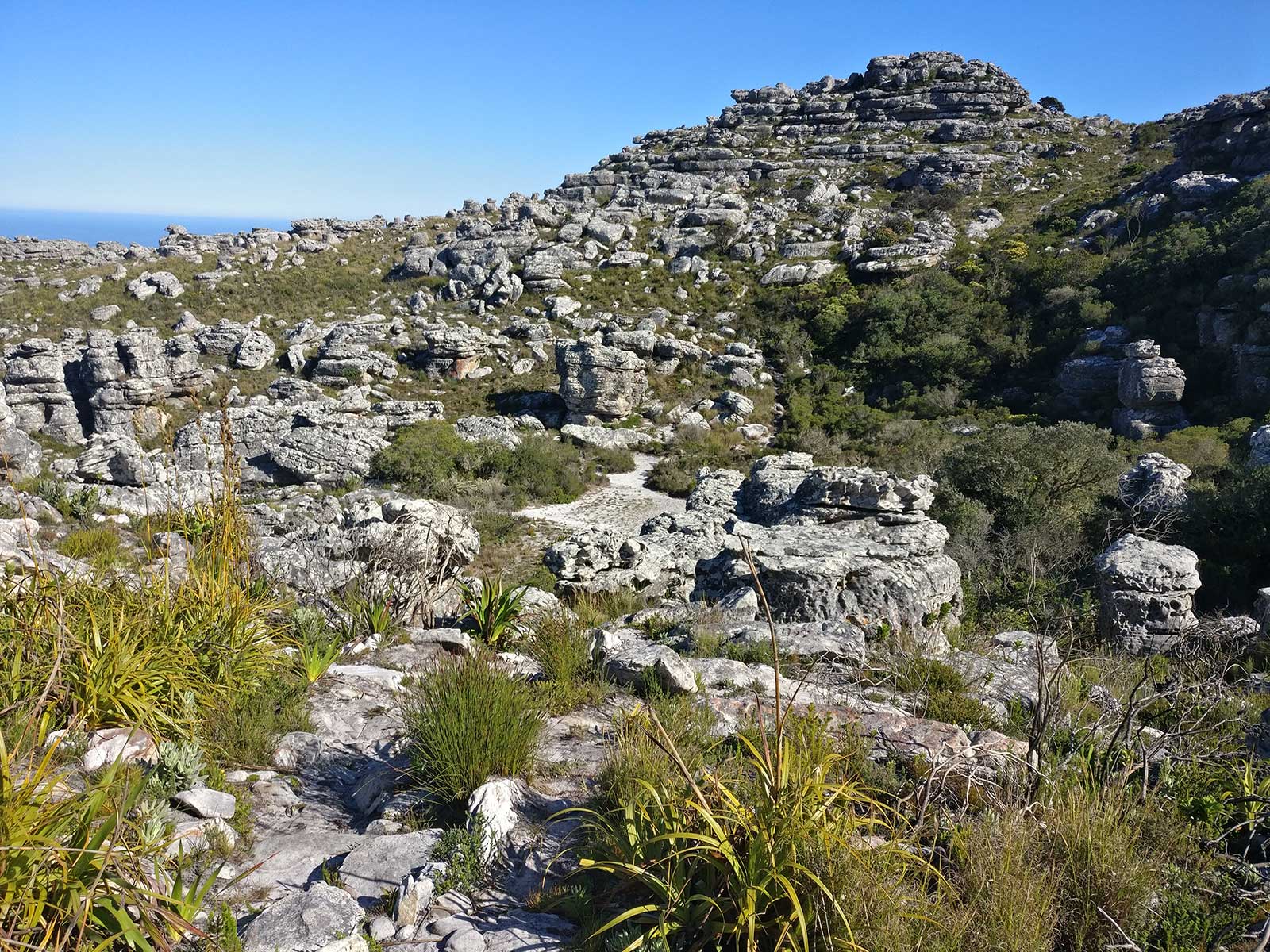 Descending into the amphitheatre 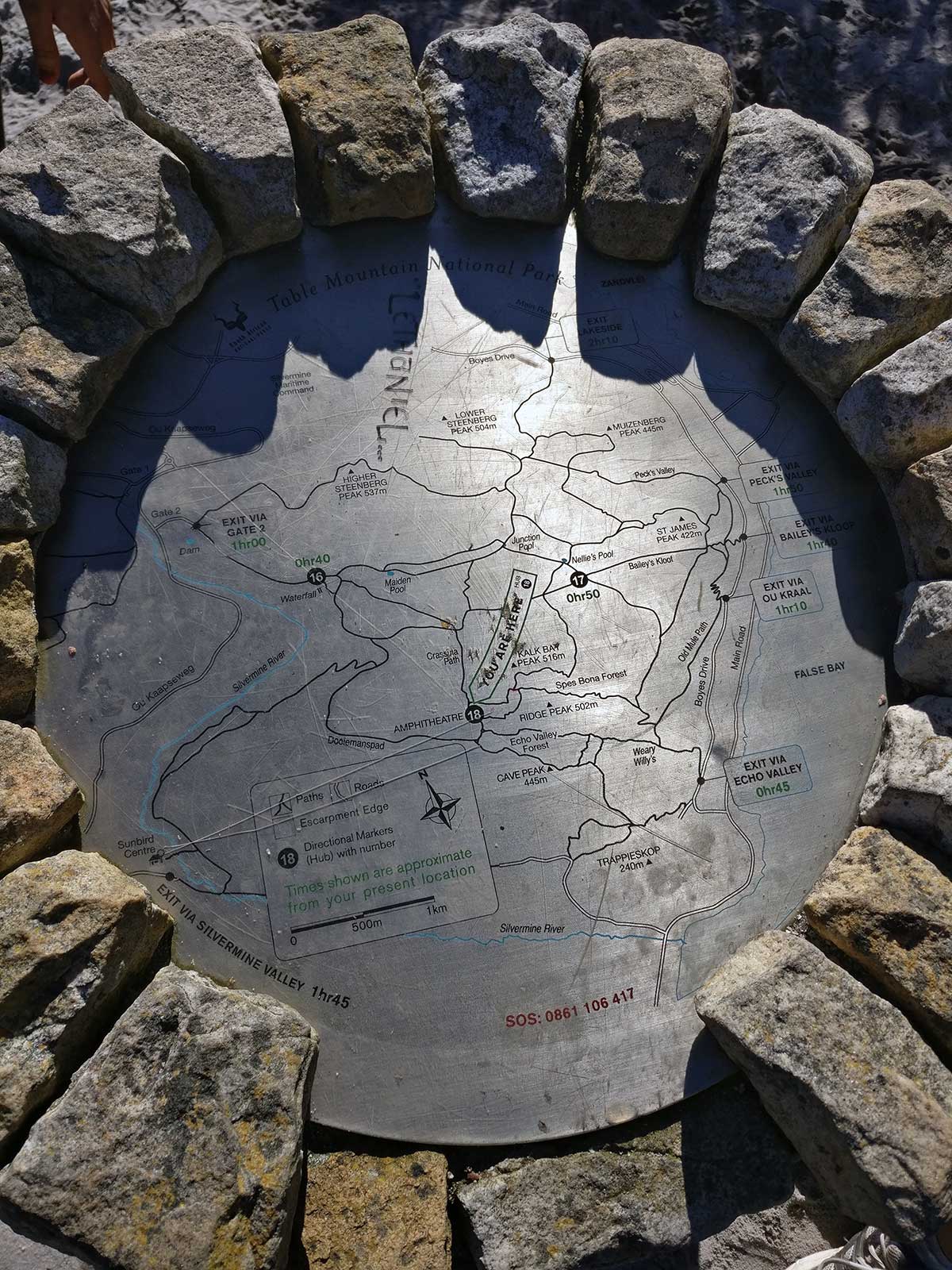 The path down is easy to follow along fairly simple terrain, but the flowers here are the real draw. I’ve never seen quite so many in bloom at the same time before. It looked and smelled amazing. It even sounded amazing with plenty of bees buzzing around doing their thing. Experiencing this makes this entire hike worth it. 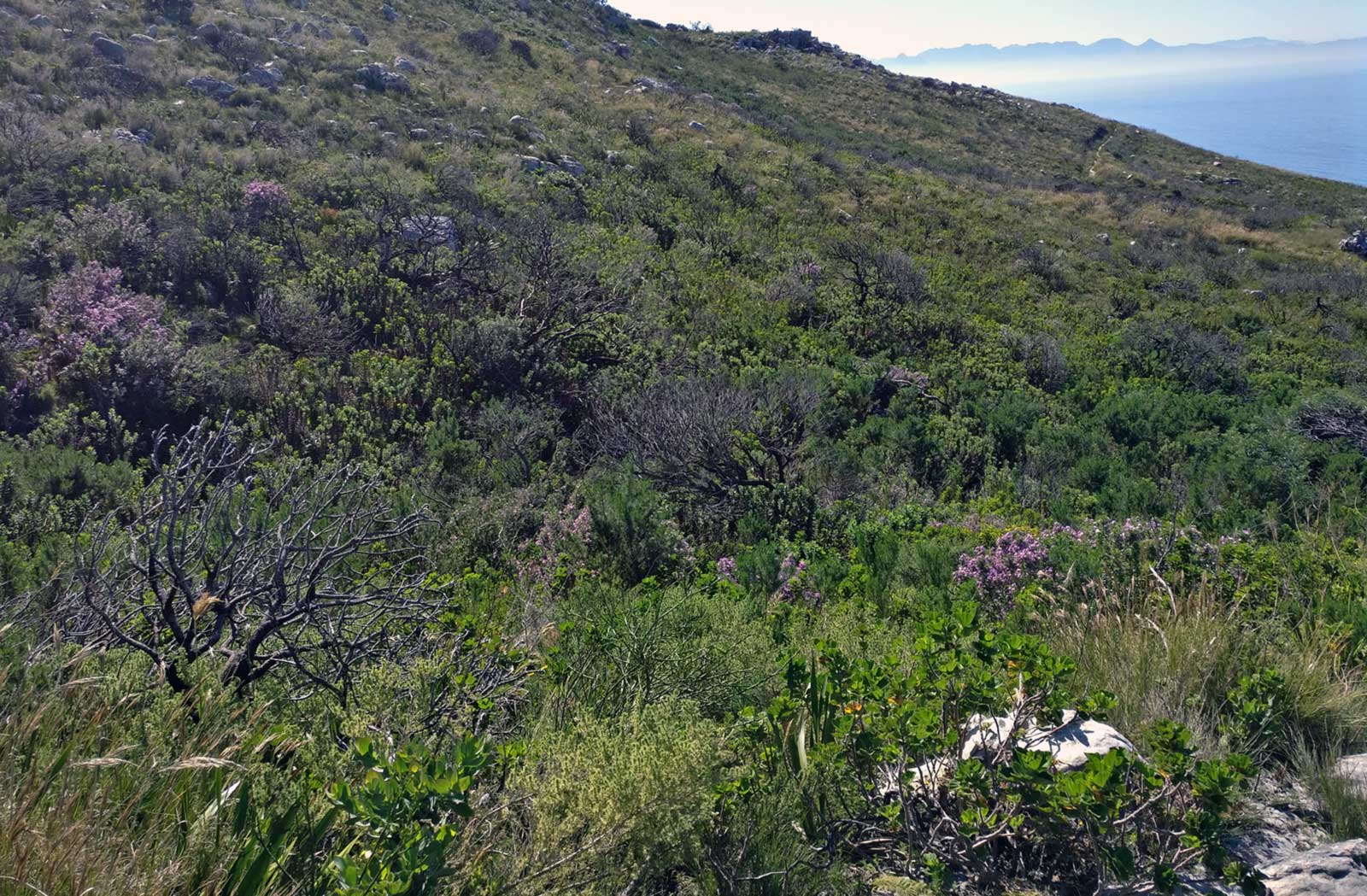 My photography doesn’t do this place justice at all

After a while you find yourself back at Weary Willy’s beacon. From there it is a short descent back to the starting point.

We headed to the Kalk Bay pier where we had a well deserved meal. From the restaurant at the pier we saw the peak we had been been up at not long before and it really hit home for us what an amazing journey it was.

I would definitely suggest doing the Echo Valley trail in Spring so that you can experience the flowers in bloom. It’s not an extremely strenuous hike, but be prepared for some uphill walking. The total elevation for the trail is around 430m. We really took our time with this one and frequently stopped to take pictures and catch our breath. It took around four hours to do the entire thing going at this slow pace. A fast group could do it in three. There is no shade on this trail outside of the cover in the forest, so be sure to bring a hat. 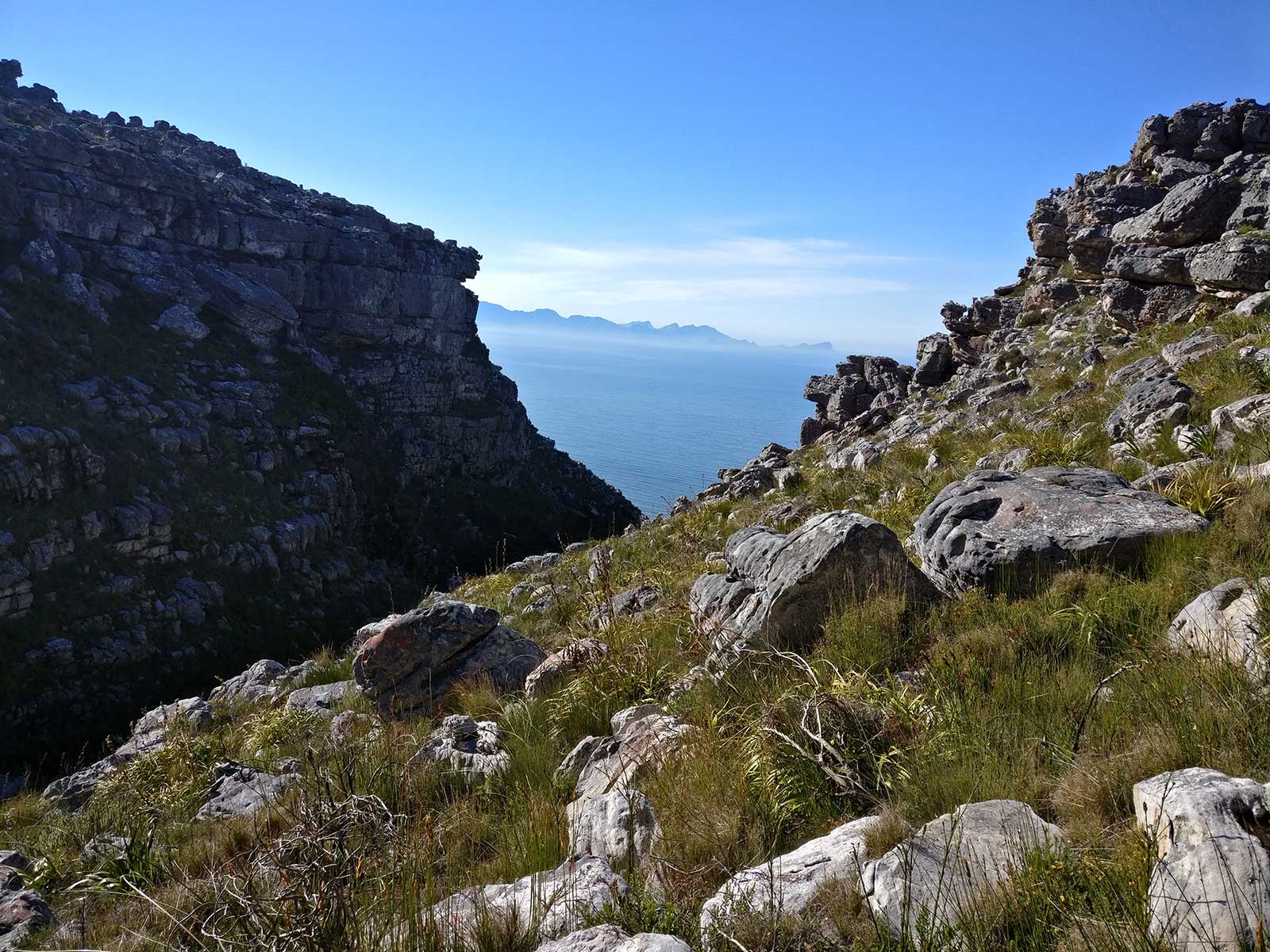