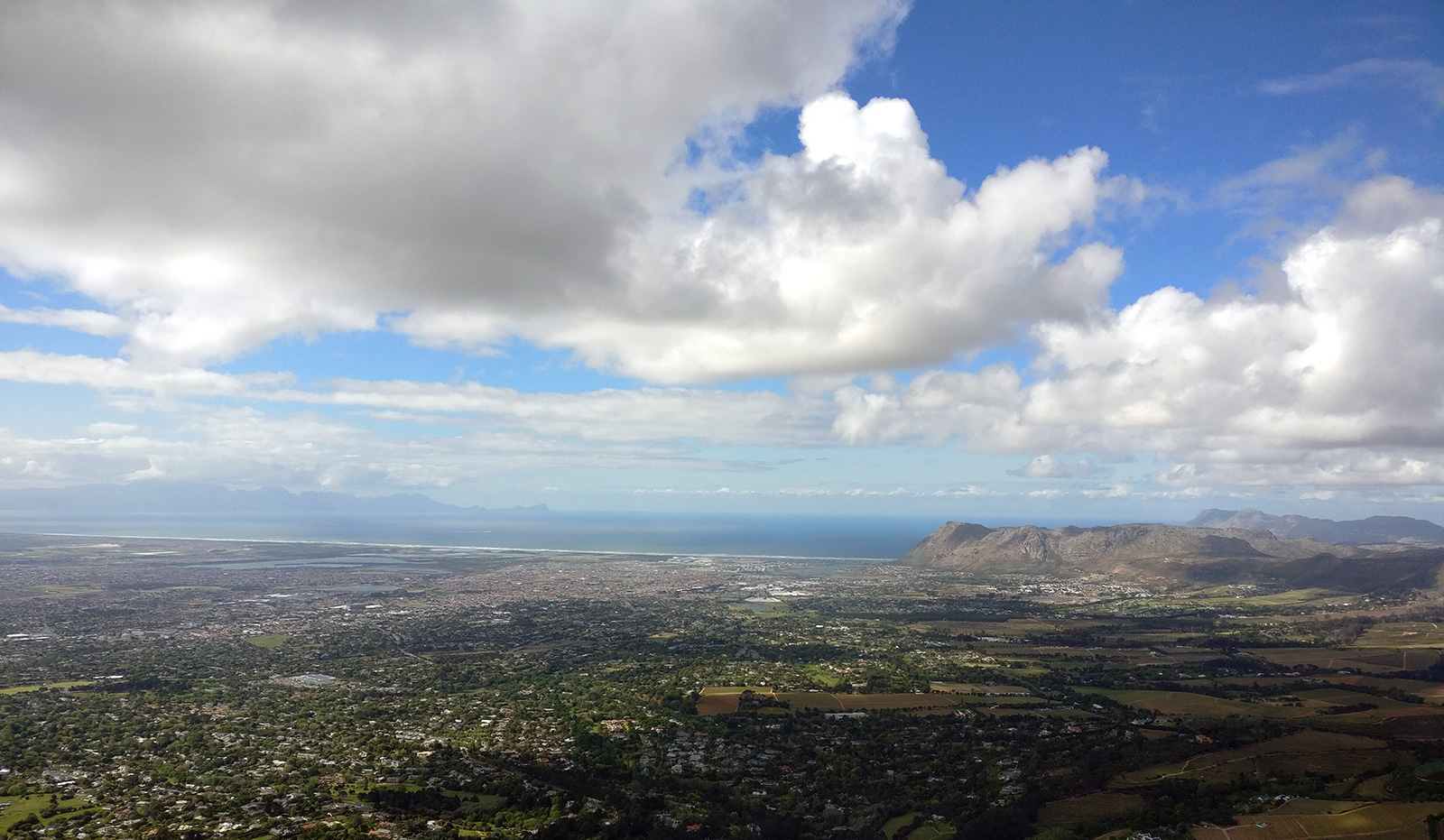 The prettiest route up the back table

We initially planned on hiking up Smuts track but with most of the hiking group not feeling too well, we decided to try an easier trail. I’m really glad we did.

From the parking lot at the map location head up the road with the sign “Art in the forest”. Eventually you’ll reach a gravel road with a sign indicating the start of the Constantia Nek trail. 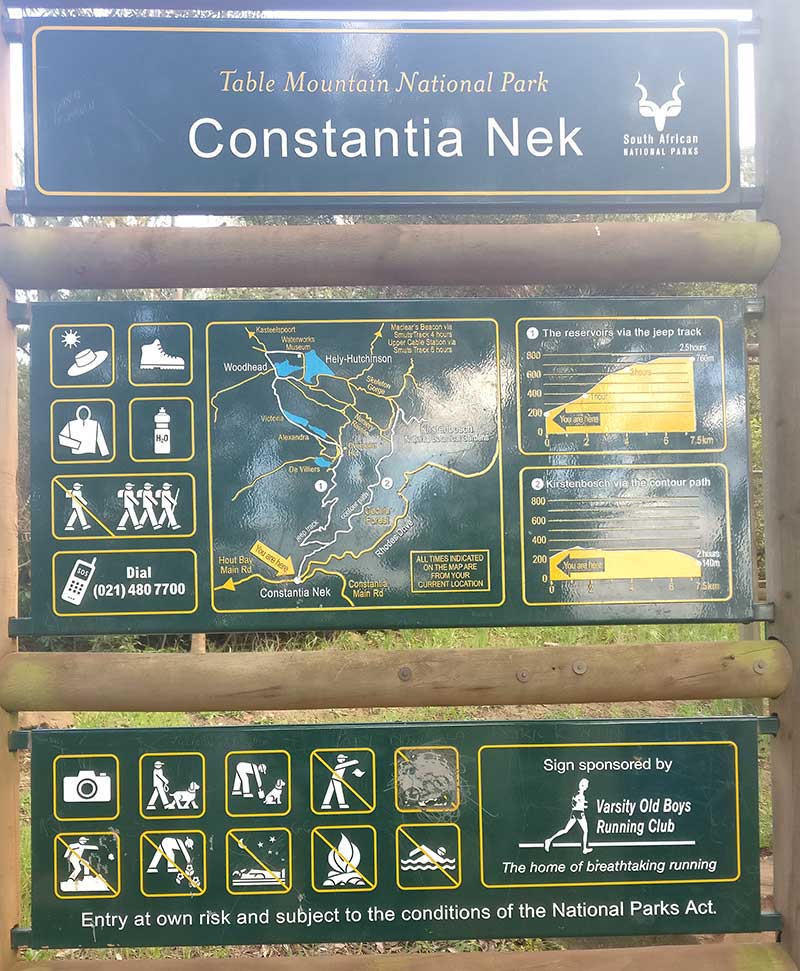 The board shows the way up following the Jeep track and the Bridle Path which will get you to the top of the back table and to De Villiers Dam but it is not an interesting nor scenic route. The trail starts just a few metres after coming across this sign. There will be a small signpost near some stairs labelled ‘Reservoirs via Footpath’. Take these stairs up.

The stairs are fairly steep at the beginning but it does slowly get easier as you ascend. At various points along the way the stairs disappear and reappear, being replaced with a rocky path. As you ascend here be sure to have a look behind you as there are some great views of Constantia to be seen. You will also start seeing hints of the lush and varied flora you will encounter on this trail. 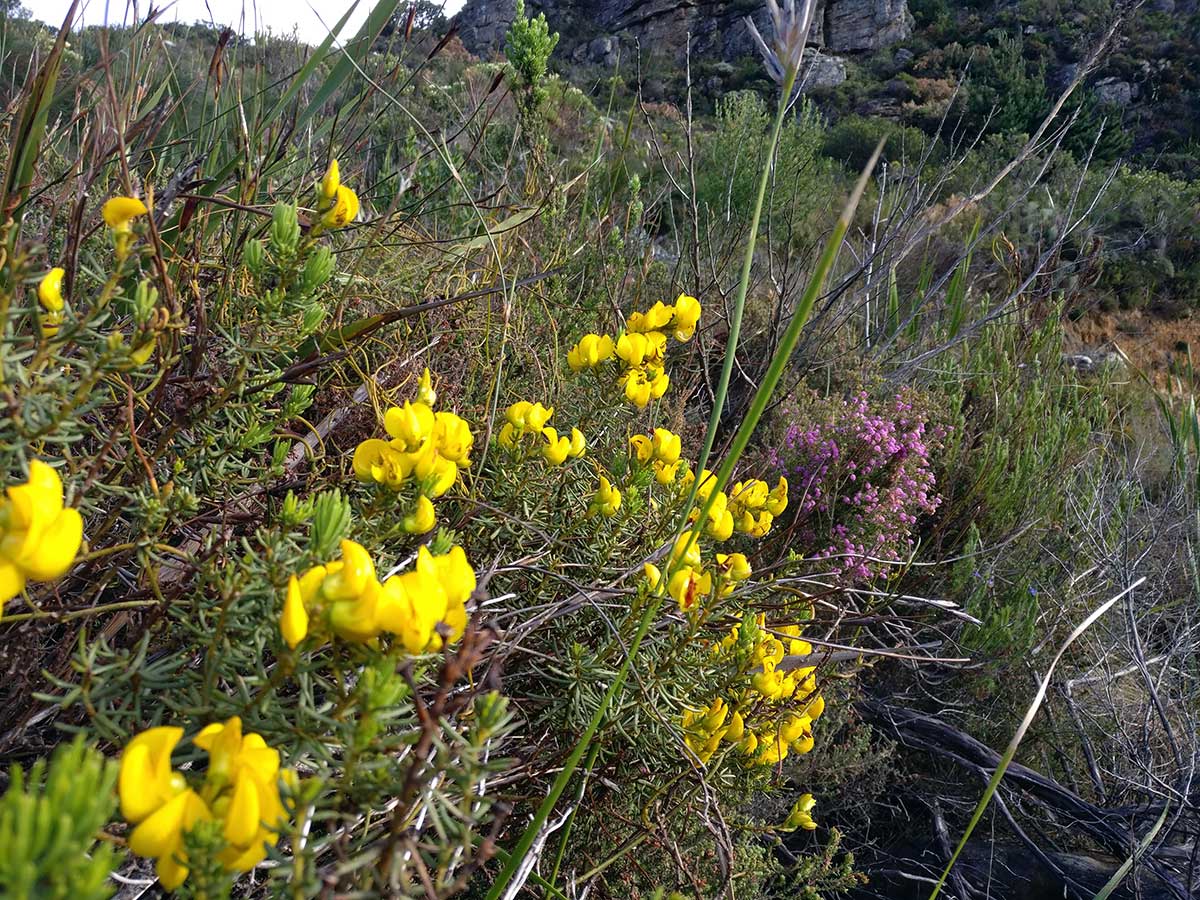 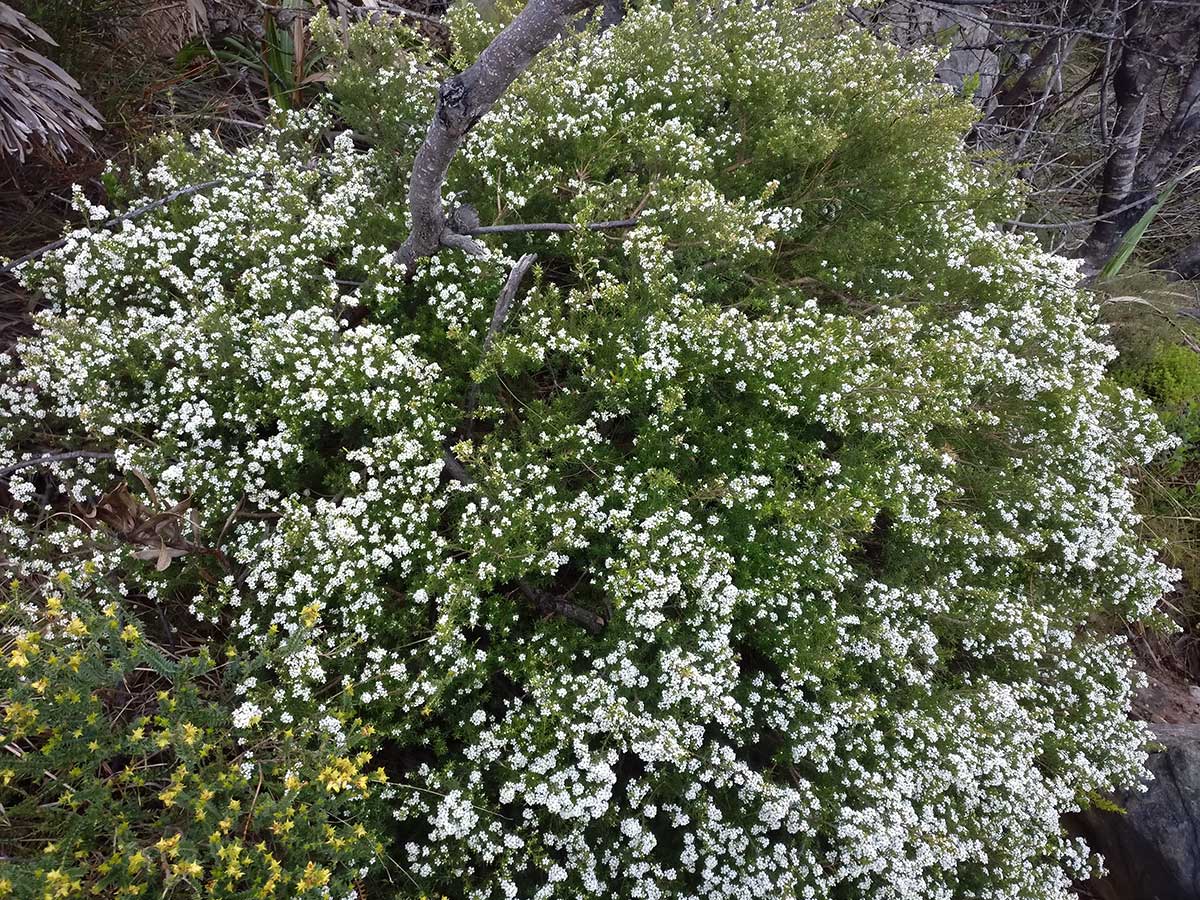 Eventually you will rejoin the Jeep track just before a hairpin bend. Head left here ignoring the bend in the road and continuing on the gravel road until you reach a cul-de-sac. Explore the far side of the track and you should see some more stone steps heading upward. Take these steps onto the hill on your right.

Once up the stairs we got a bit lost and almost ended up climbing the peak to the left which is Eagle’s Nest. Learn from our mistake and keep right at the subtle fork ahead. That path should eventually lead you to some more stone steps. The path here is a bit overgrown which makes it tricky to follow at points. As long as you’re closer to the right cliff than the left one you should be fine though. After climbing a wooden staircase you will reach a steep cliff. Near here there is a natural stone bench. Perfect for resting and admiring the amazing view of Hout Bay and Little Lion’s Head. 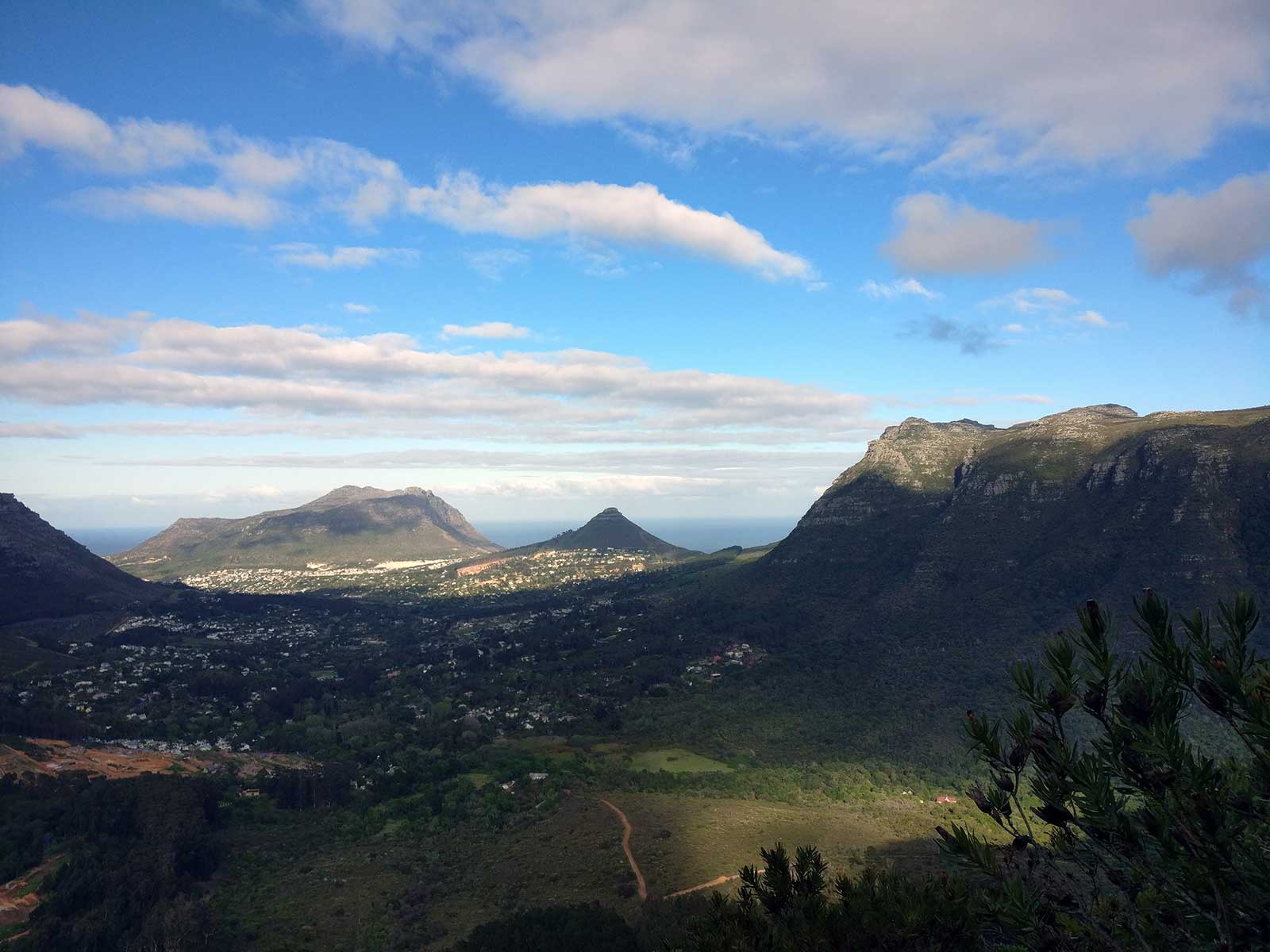 The view from the bench

After resting at the bench for a bit be prepared for some fun rock scrambles. There are quite a few on the trail but they are never in places where falling would be disastrous. The path is quite easy to follow here with more rock scrambling interspersed with climbing. Here you will gain quite a bit of height going from around 450m (the stone bench)  to 730m (the top of the ridge).

Once at the top of the ridge you will be greeted by a field of Fynbos with great views of both Constantia and of Hout Bay. 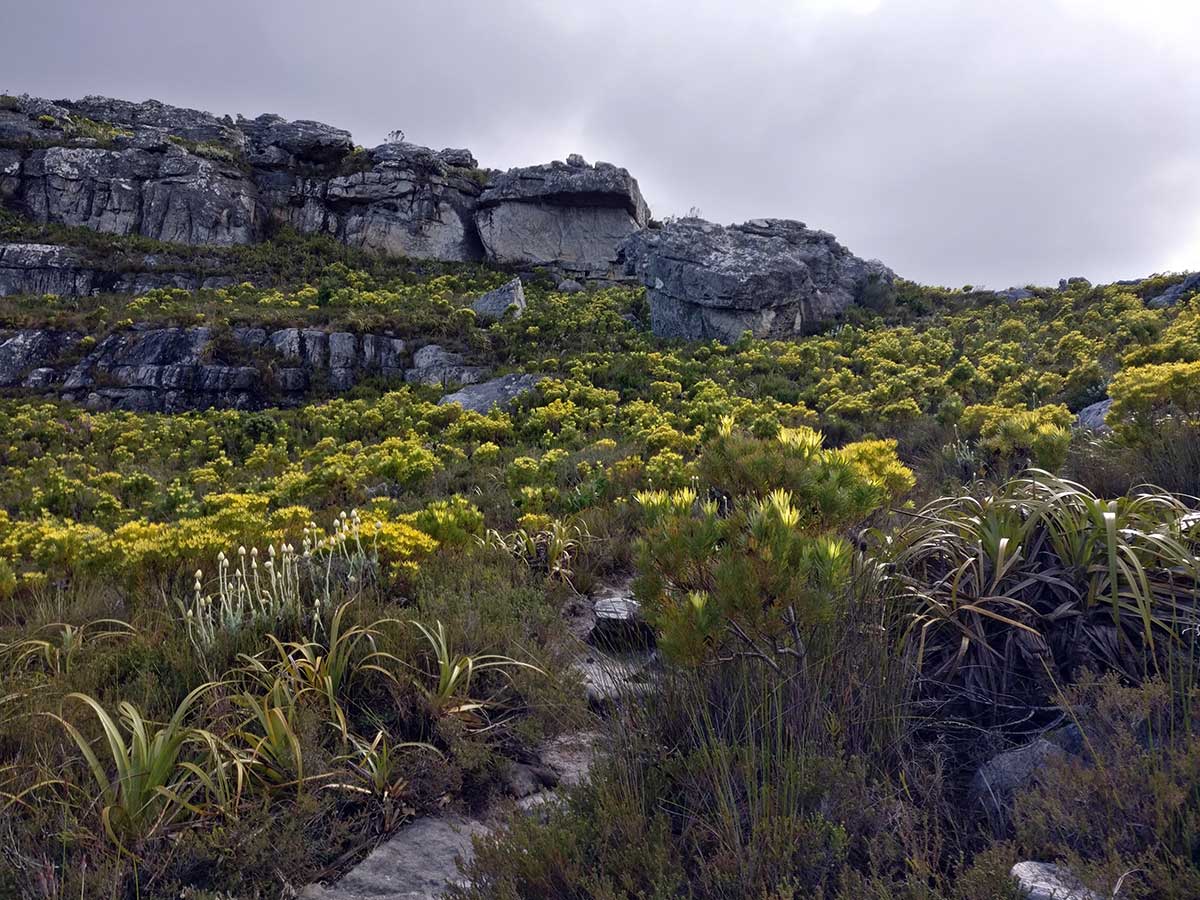 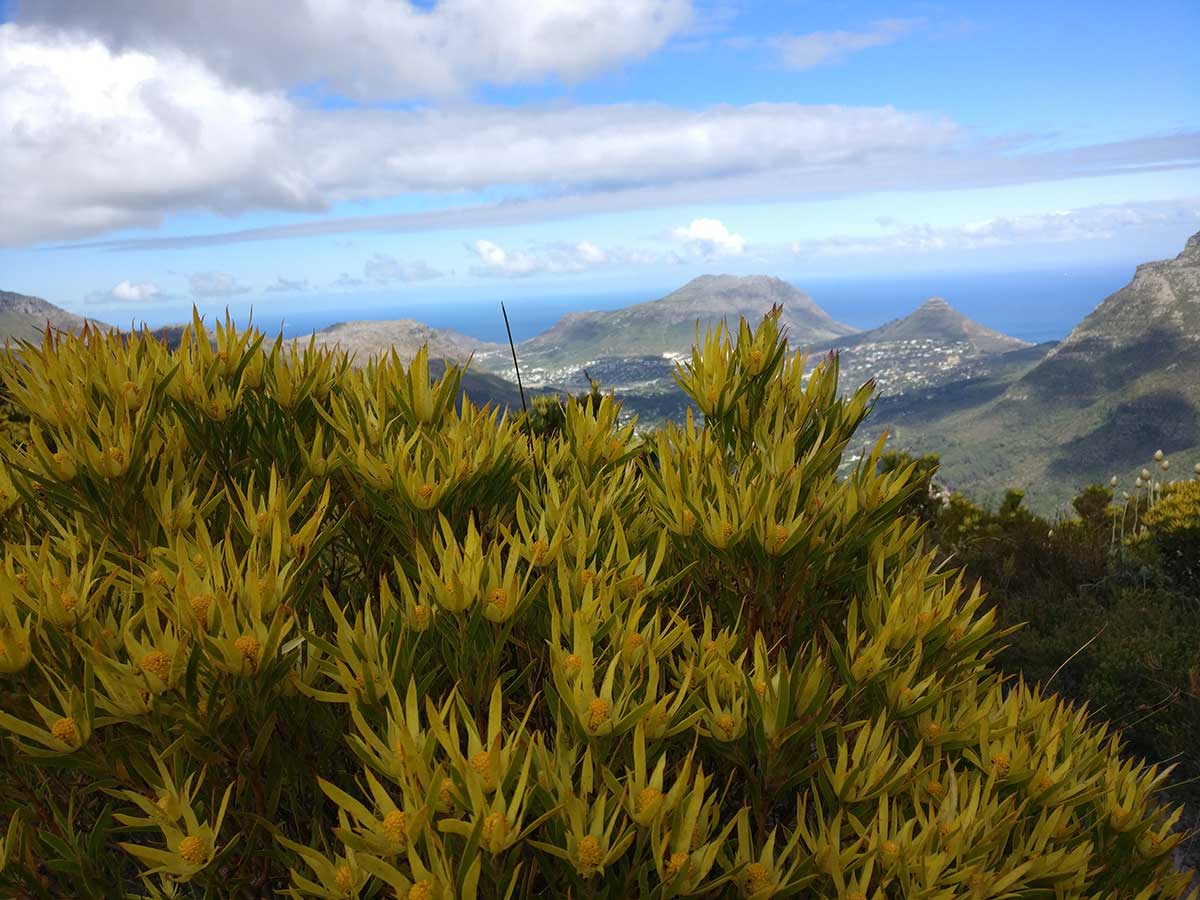 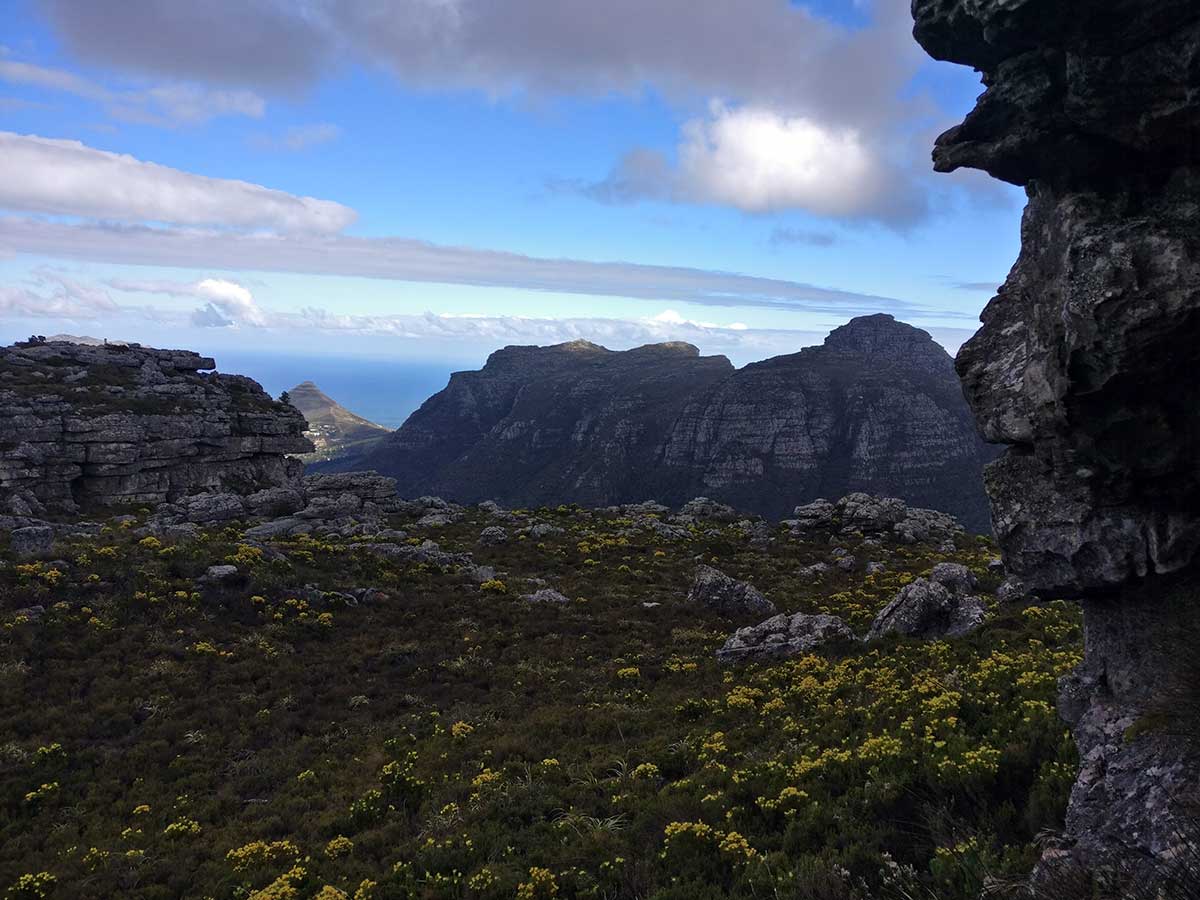 From here you should be able to spot the summit beacon which requires a short detour to reach. It is well worth it as it offers a great panoramic view. Once you’re done admiring the view get back onto the trail and start descending. You’ll spot many cool overhangs and caves in this section which are great to explore. 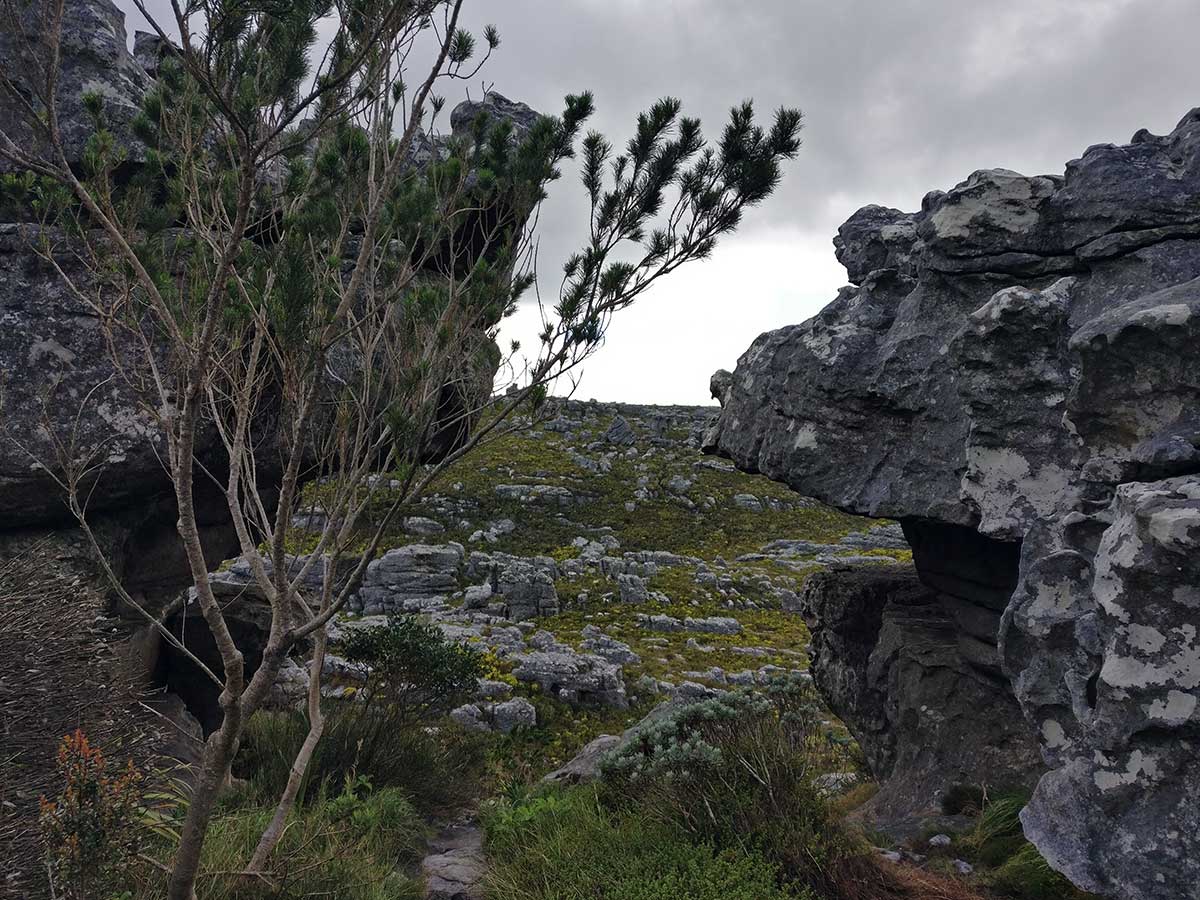 After a few minutes along this path you should see a ridge ahead of you with a strange rock at the summit. This is called “Camel Rock” so named for it’s uncanny resemblance to a camel from the correct angle. 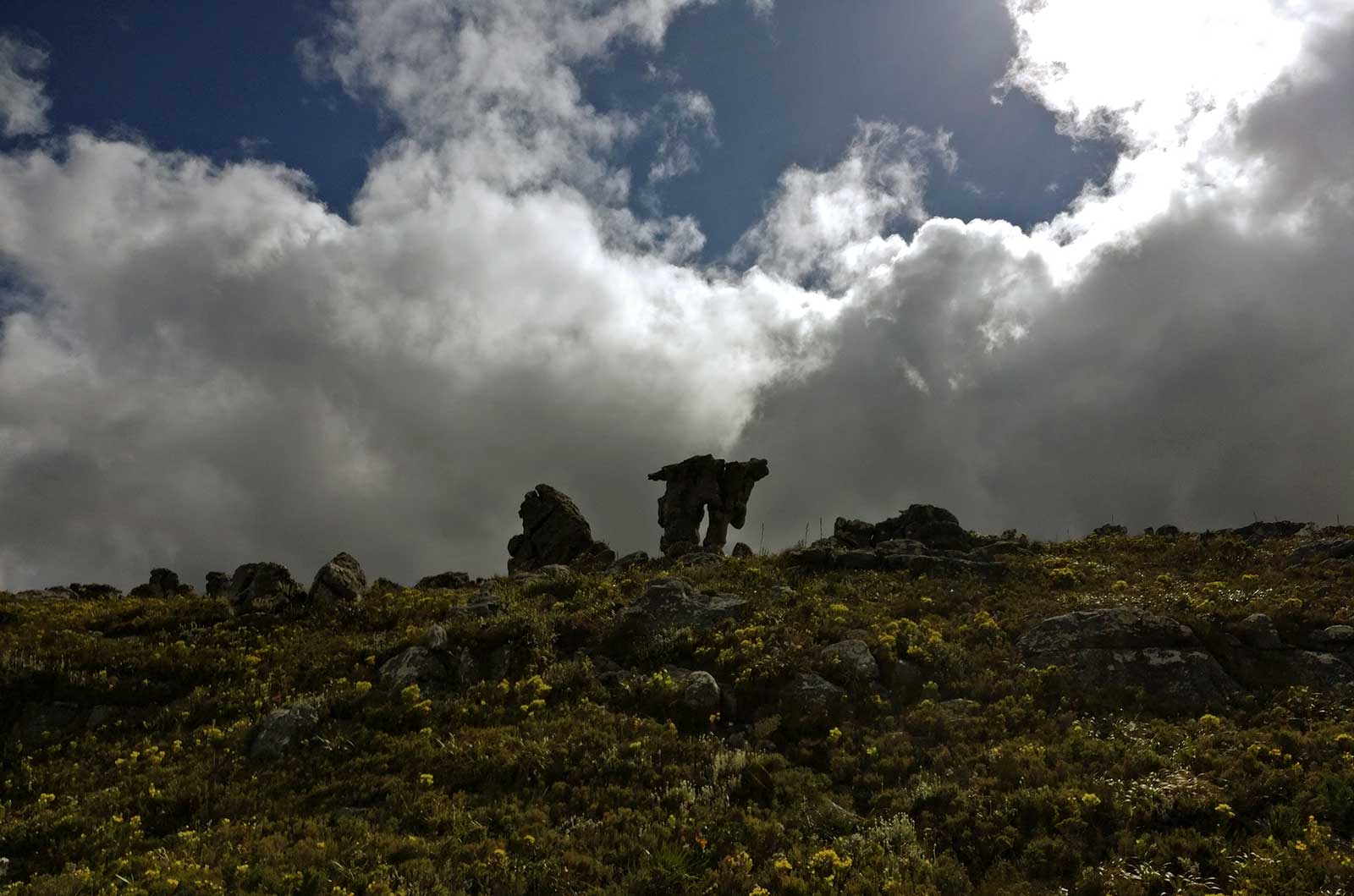 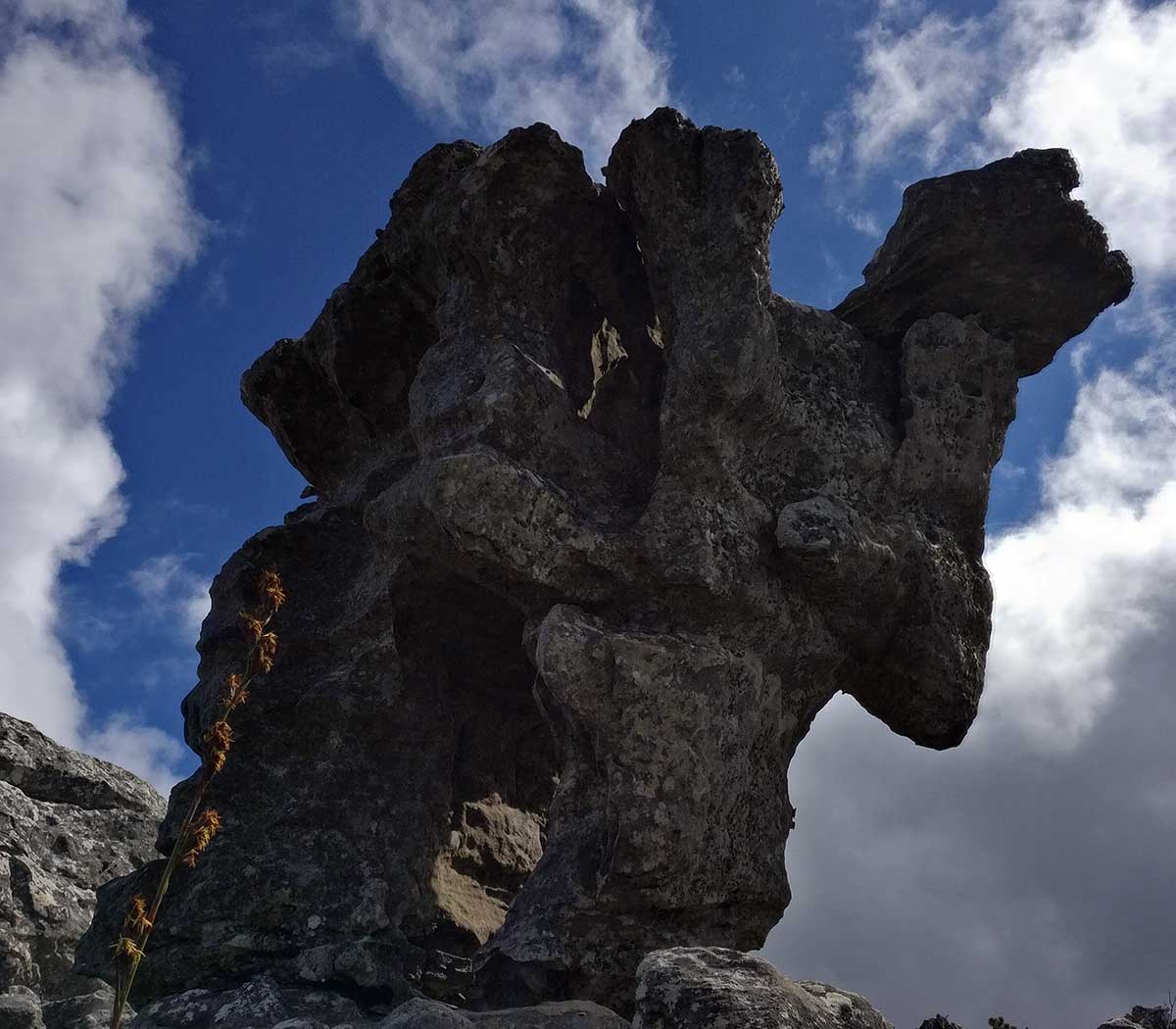 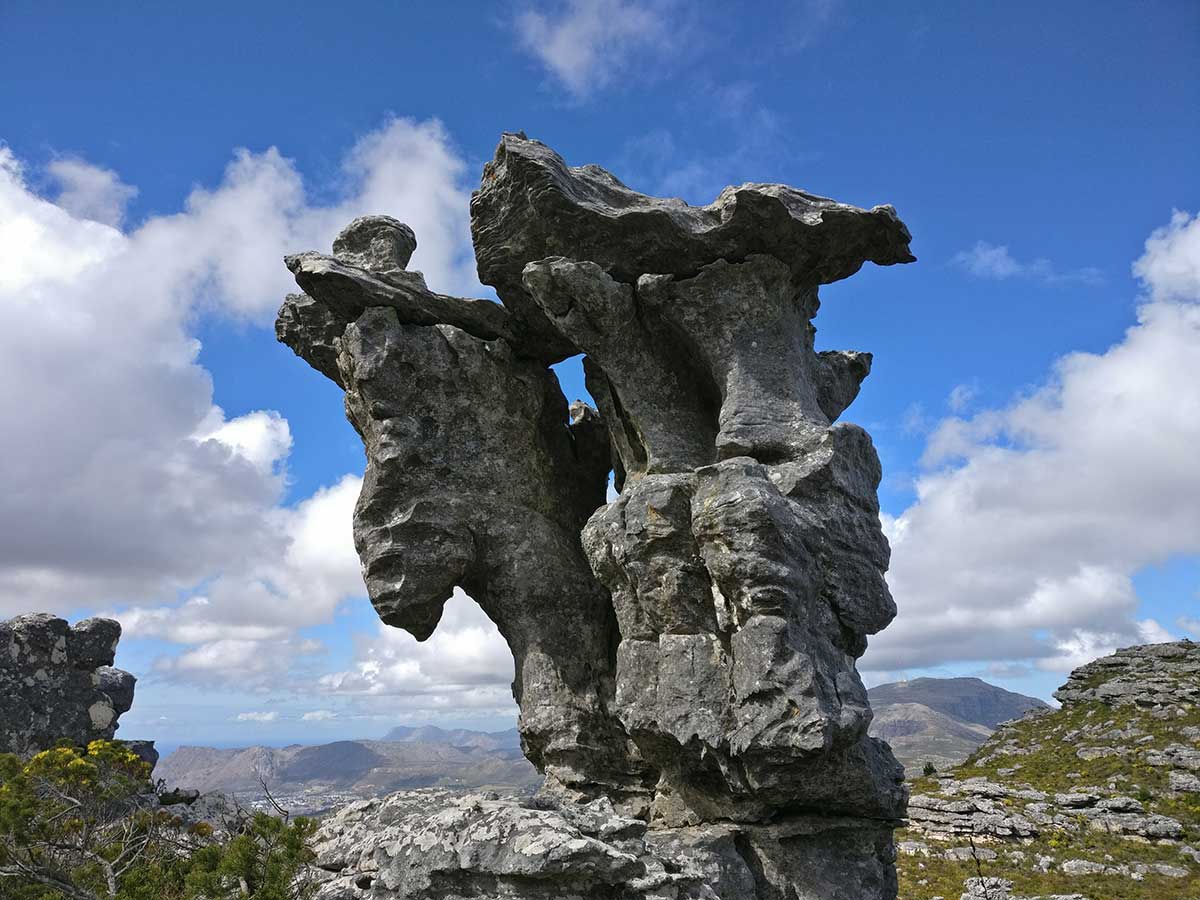 The path on from Camel Rock becomes quite overgrown and descends slightly as the Overseers Cottage comes into view. From here is isn’t long until you spot De Villiers Dam. As you get closer you will be able to spot a path to the shore of the dam which is another good spot to rest before the long trek down. Swimming in the dam is strictly prohibited but take the chance to get a bit closer and admire the water. It is a beautiful umber-ey colour. 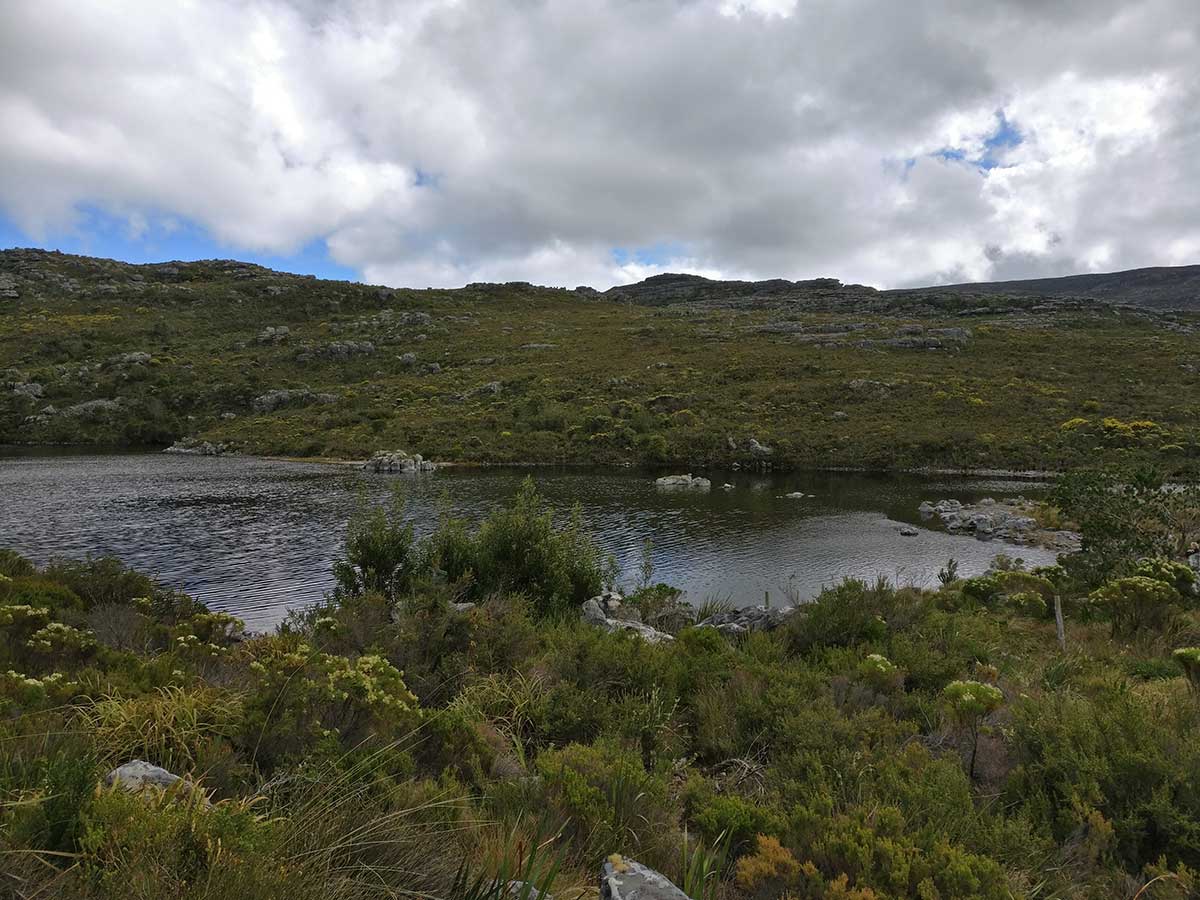 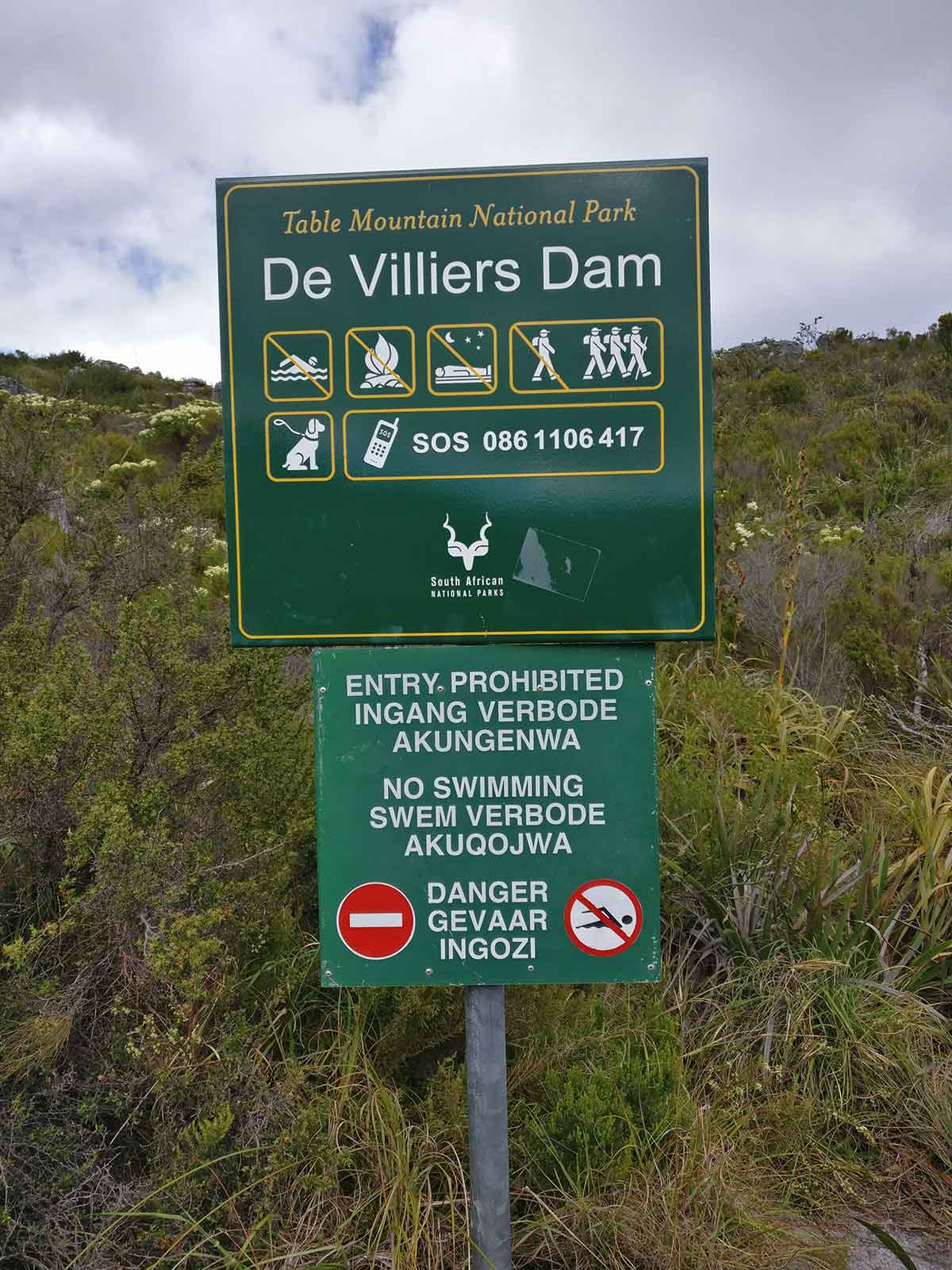 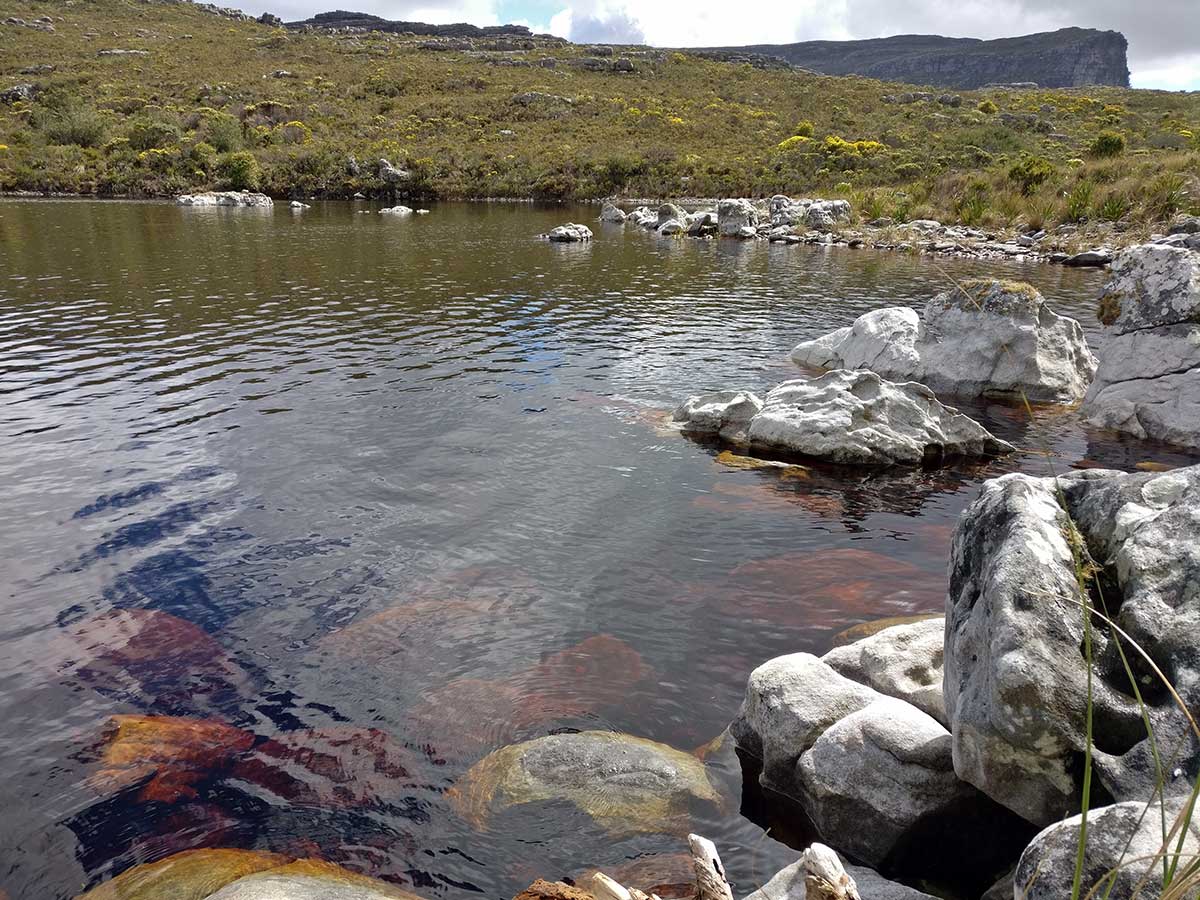 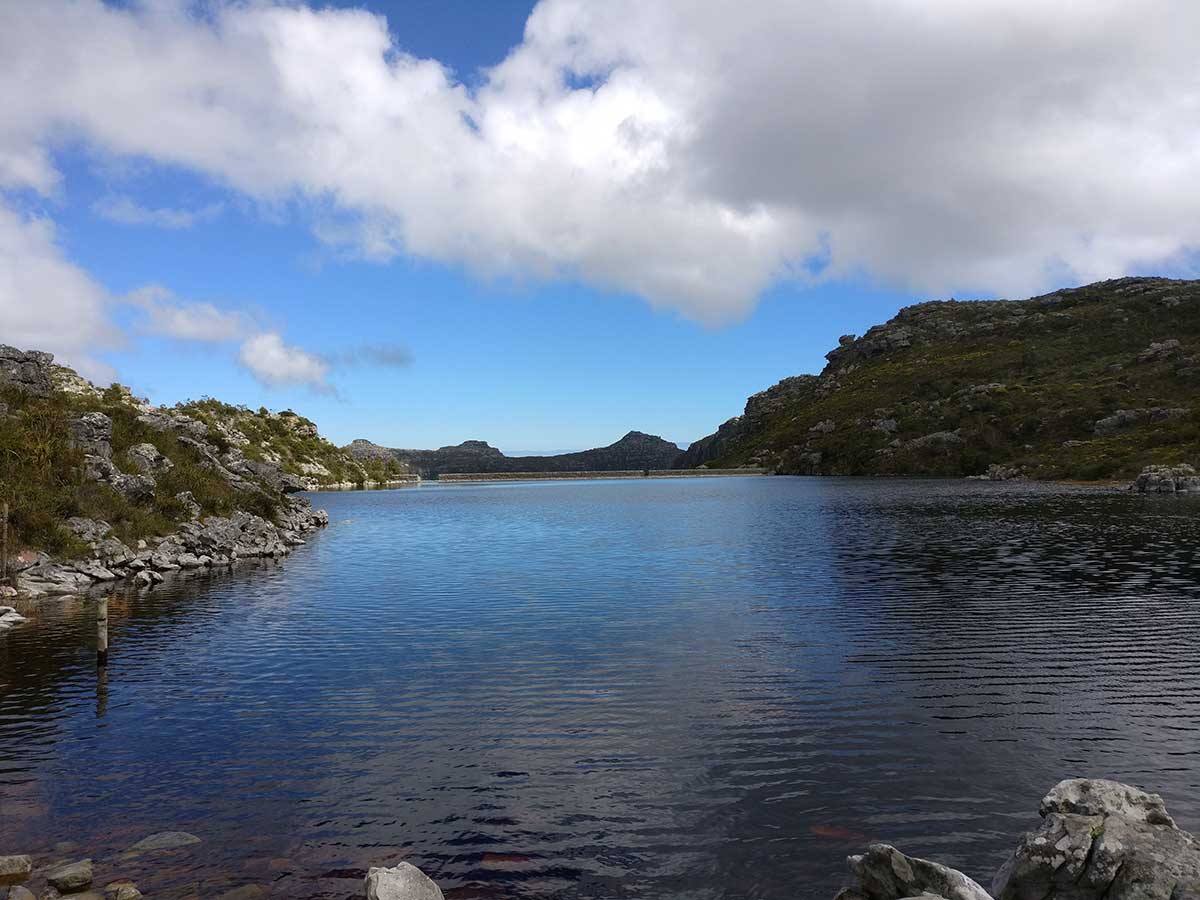 Once you set off from the dam back down the path you will reach a concrete track. Take a left here to get back down to the Jeep track. Follow this track down to a hairpin after which you have a choice of your way down. There are some steep steps that you’ll spot around 80m after the hairpin which offers a much quicker way down. I would recommend sticking to the track if you have the time to spare though as the stairs can be quite hard on the knees. Eventually you will reach the gravel track that you started on all the way at the beginning of the hike.

The Constantia Corner Circuit is a moderate to difficult trail with some steep climbs and some rock scrambles, so be prepared for that. The total elevation for this trail is around 500m and the total distance covered is around 5km. Try to start as early as possible to avoid having to do the difficult climbing bits at the beginning in the harsh sunlight. The complete trail took us about 4 and a half hours to complete with lots of stops. If you are planning on climbing the back table this would be my suggested route. It really is a hidden gem. 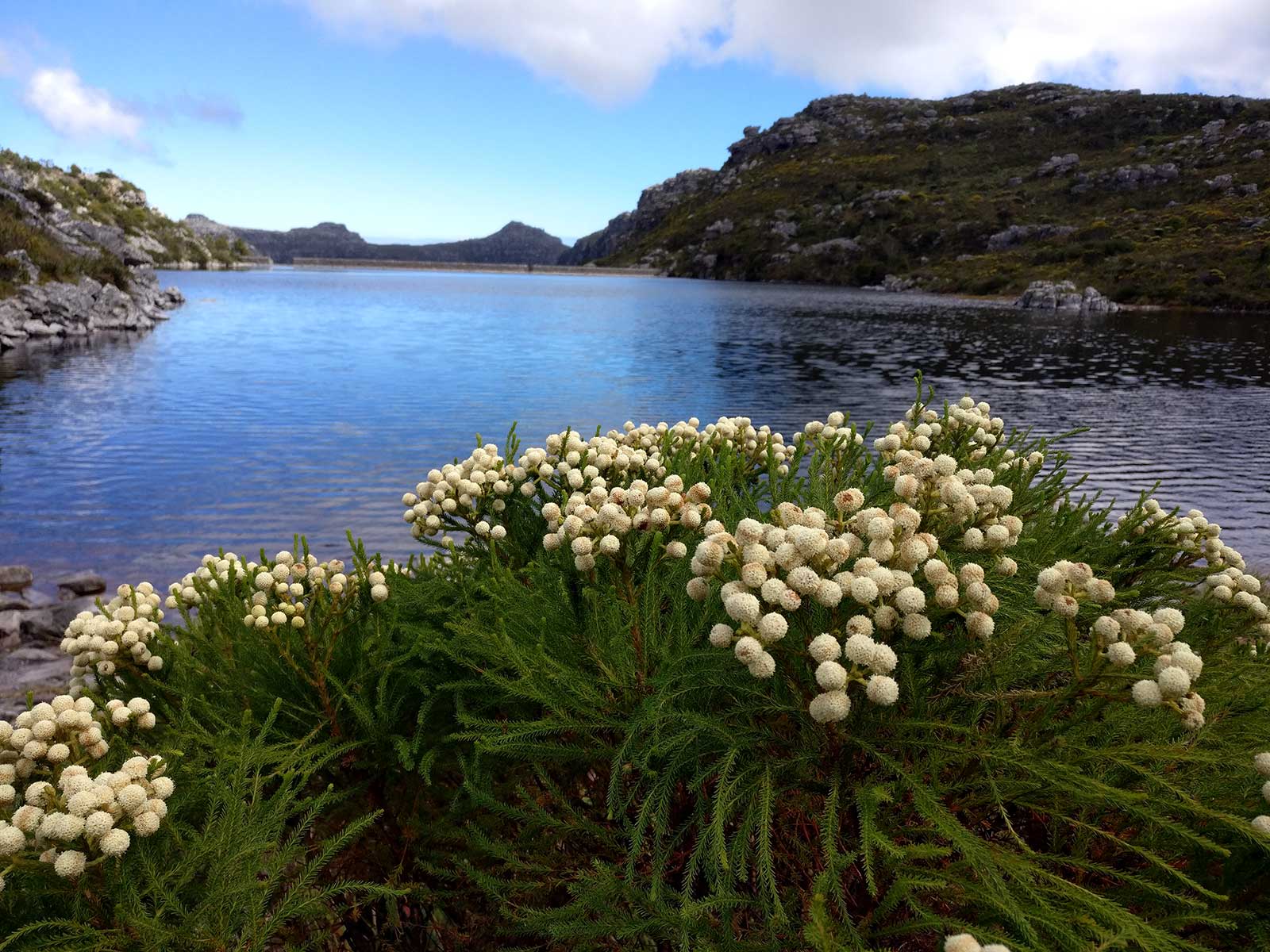